Recent research suggests that a substance in “magic mushrooms” causes the brain to create new links between previously unconnected regions. 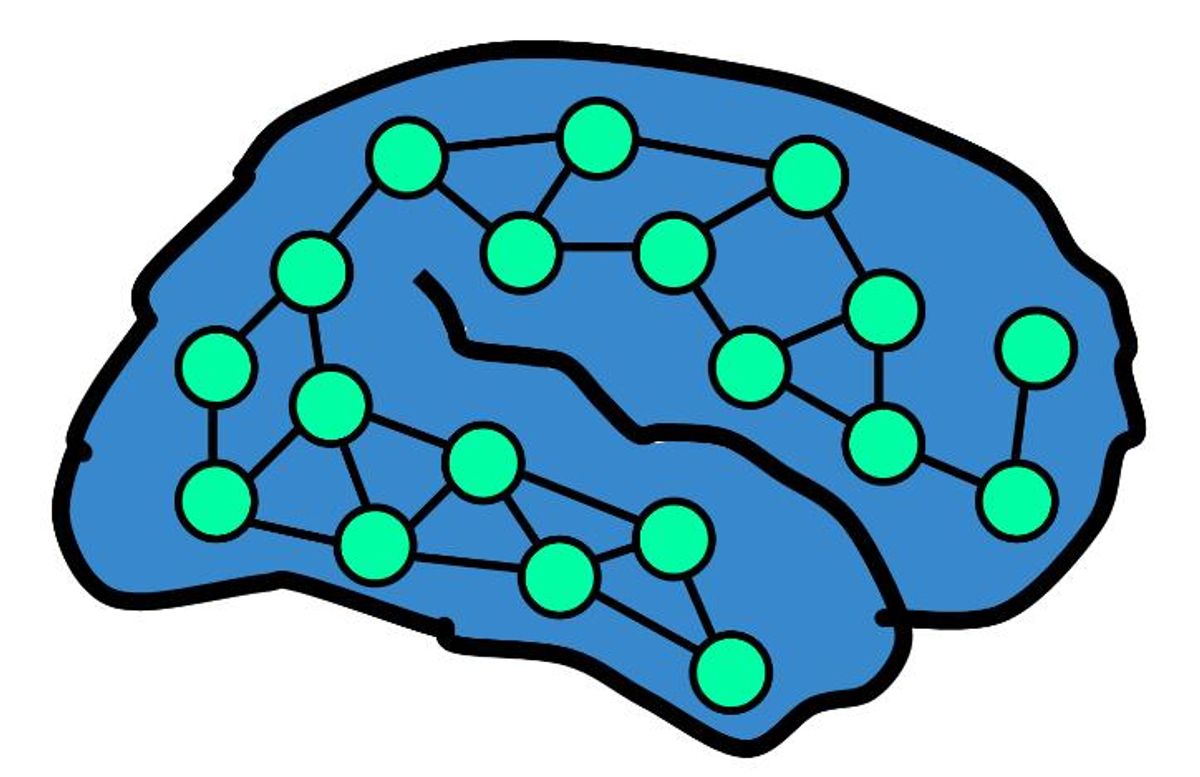 Psilocybin mushrooms refer to approximately 100 different species of mushrooms that go by a multitude of nicknames (such as “Magic Mushrooms,” “Liberty Caps”, or simply “’Shrooms”) and contain psychedelic compounds that can produce euphoria, hallucinations, and altered thinking processes
Although they have likely been used for spiritual purposes since prehistoric times, mushrooms' popularity exploded in the U.S. in the 1960s.

In 1955, Valentina and R. Gordon Wasson became the first known Caucasians to actively participate in an indigenous mushroom ceremony. Afterwards, they published an article about their experiences in Life magazine in 1957, and inspired by the Life article, a lecturer in clinical psychology at Harvard by the name of Timothy Leary traveled to Mexico to experience the mushrooms’ effects for himself. He then returned to Harvard and, with Richard Alpert, started the Harvard Psilocybin Project that promoted the psychological and religious study of psilocybin mushrooms and other psychedelic drugs. Harvard was apparently unimpressed with this line of research because Leary and Alpert were dismissed by the school in 1963. Leary went on to promote psychedelic experiences to the hippie counterculture of the 1960, with some of the most memorable phrases of that time period, such as “turn on, tune in, drop out” and “think for yourself and question authority,” being attributed to him.

Studies of psilocybin mushrooms slowly re-emerged beginning in the 1990s, and the most recent studies have shown promising results. The first, published in 2006 in the journal Neurology, interviewed 53 patients who had self-dosed with psilocybin or LSD to relieve cluster headaches. Known as “suicide headaches” for their high pain level and the extraordinarily high suicide rate among their sufferers, cluster headaches are notoriously resistant to relief by standard medications. The vast majority of the patients reported full or partial relief from their cluster headaches after the use of psilocybin mushrooms: cluster headache attacks were either aborted or the intervals between attacks were extended. The dosage required for these effects was only one-fourth of the amount typically used for recreational purposes. The authors concluded that although their findings were preliminary, “given the high reported efficacy for this notoriously refractory condition, it is difficult to dismiss this series of cases as entirely artifactual. Further research is warranted.”

Another, published in 2010 in the Archives of General Psychiatry, looked at the potential for psilocybin to reduce anxiety in end-stage cancer patients. The study gave low doses of psilocybin to 12 patients, and reported that the patients felt less anxiety and requested less pain medication.

But perhaps the two most intriguing studies, and the ones that began filling people’s Facebook feeds, were those that demonstrated that psilocybin establishes new connections among various regions of the brain and may actually heal damaged brain cells and generate the growth of new ones. In a study published by Briony J Catlow and colleagues in Experimental Brain Research in 2013, University of South Florida researchers trained mice to fear an electric shock when they heard an associated sound. They determined that the mice treated with psilocybin learned to stop reacting to the shock-trigger sound much faster than those who had not been treated with mushrooms. At the low doses that helped extinguish the fear response, the researchers found that neurogenesis — or the creation of new brain cells — actually increased. Researchers think that the psilocybin is binding to brain receptors that stimulate growth and healing, acting on the hippocampus, a small part of the brain that is essential to learning and forming memories. The researchers concluded that psilocybin may be useful in the treatment of post-traumatic stress disorders.

This discovery was followed by an article in the Journal of the Royal Society Interface in 2014 in which the researchers infused the bloodstreams of 15 healthy volunteers with either psilocybin or placebos. Brain patterns undergo a dramatic shift after treatment with psilocybin: patients treated with psilocybin become “hyperconnected” and demonstrate greater communications across the entire brain. In the diagram shown above, a normal brain is on the left. The brain on the right shows the new networks of communication across brain cells that occurred in patients treated with psilocybin. In these cases, the brain actually reorganizes itself to connect previously unconnected regions of the brain. The researchers hoped that once the mechanism is understood, scientists may be able to manufacture drugs that treat depression and other neurological problems.

The research sounds promising — if psilocybin can repair damaged brain cells and generate new ones, a whole host of potential medical breakthroughs could occur. However, psilocybin’s status as a Schedule 1 substance means that researchers must obtain difficult-to-receive permission from the federal Drug Enforcement Agency before conducting any studies, and the required paperwork is time-consuming and arduous, so at least for now such studies are few and far between. The studies cited in this article were conducted on fairly small sample sizes and have not been replicated by later research — the gold standard for scientific research. Nevertheless, preliminary studies are intriguing. A simple mushroom may have great potential.