A Facebook post reporting "Dust Lady" Marcy Borders had died went viral in September 2016, although Borders passed away over a year earlier. 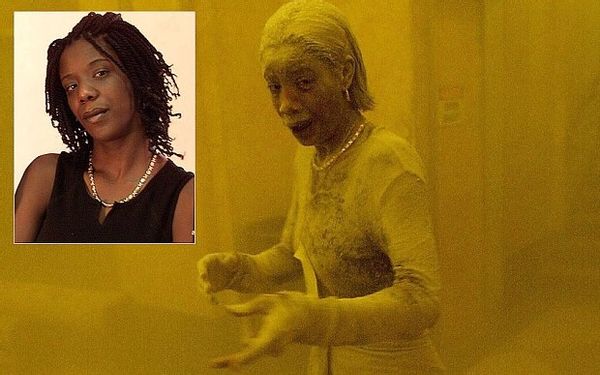 In September 2016, a number of Facebook users and pages shared a photograph (originally published by page "theHotness") and post reporting that 9/11 survivor Marcy Borders, known as the "dust lady" from a famous photograph taken of her in the immediate aftermath of the September 11 terrorist attacks, had died of cancer days earlier: The image was shared countless times on Facebook and Twitter, likely due to the fact that the original Facebook post used the relative temporal phrase "on Monday" in reference to the date of her death (despite bearing a date of 27 August 2015). It's not clear why the image became viral in September 2016 (more than a year after Borders' death), but it was possibly prompted by a resurgence of interest in a separate iconic 9/11 photograph (the "Falling Man" image) and its provenance:

The story behind the haunting 9/11 photo of a man falling from the Twin Towers https://t.co/aKNKF80krZ

Multiple news articles from September 2015 reported that Borders died of cancer at the age of 42 a month earlier:

If pictures of the twin towers engulfed in fireballs encapsulated the unconscionable horror of the terror attacks of 9/11, then that frame of Marcy Borders, a 28-year-old Bank of America employee fleeing from the north tower in a blanket of pulverised debris, was one of the defining images of the human impact. With such powerful understatement, the photograph captured the pall of darkness that had just descended on its subject, entombing all of us along with her.

[Borders] had debilitating fears about what the poisonous dust that had smothered her and entered her lungs would in the long-term do to her health. She read in the papers about Ground Zero emergency workers who fell sick from asthma or sinusitis, or even cancer, and wondered whether a similar fate awaited her.

It was as if, in her head, she still carried that pall of dust around with her – she was still the Dust Lady. “For years, her main concern was that she was going to get sick, that 9/11 would catch up with her,” said her best friend, Mechelle Taylor.

Last month, on 24 August, 9/11 did catch up with Marcy Borders. She died after a year-long fight against stomach cancer. She was 42.

It is tragically true that Borders (widely known as the "Dust Lady" due to an iconic image taken of her in the immediate aftermath of the September 11 attacks) died of cancer at the age of 42. However, Borders passed away on 24 August 2015, not in September 2016.