Driver Escapes After Car Crashes, Dangles Over Side of Parking Garage

The 24-year-old driver climbed to safety after his car went over the side of the structure. 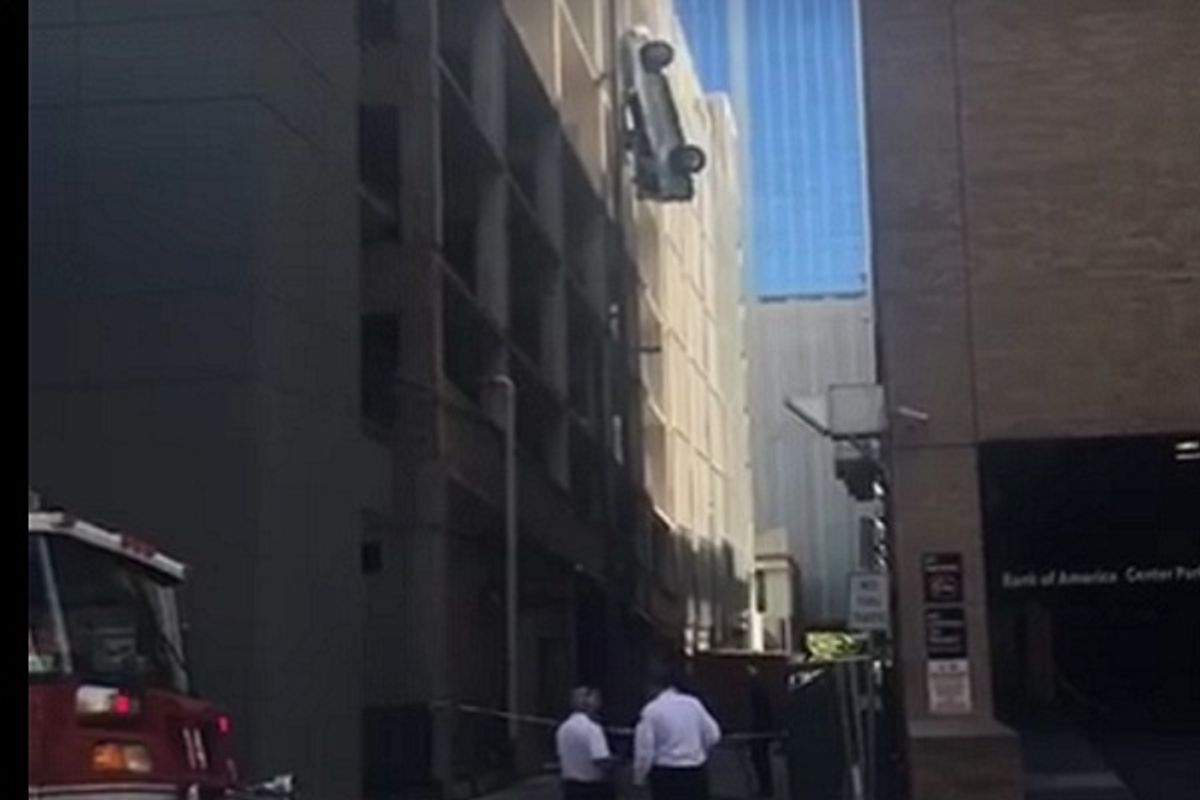 The bizarre specter of a 2004 Toyota 4Runner dangling over the side of a parking garage (from which the driver escaped unharmed) dominated news coverage out of Austin, Texas on 9 September 2016.

According to Austin news outlet the Statesman, the 24-year-old driver was trying to park at a structure near the intersection of Congress Avenue and Sixth Street when he lost control of the vehicle. It accelerated over the guardrail, but a guide wire fortuitously wrapped around one of its tires, preventing it from crashing to the ground.

Video of the driver climbing out and over the railing to safety can be seen here:

Austin police told Texas news station KVUE that bystanders helped the driver climb out. Gas was leaking from the running vehicle as crews worked to lower it, but no one was injured.