Johnson was being questioned on MSNBC about what he would do about the Syrian refugee crisis when he admitted he didn't know what Aleppo was. 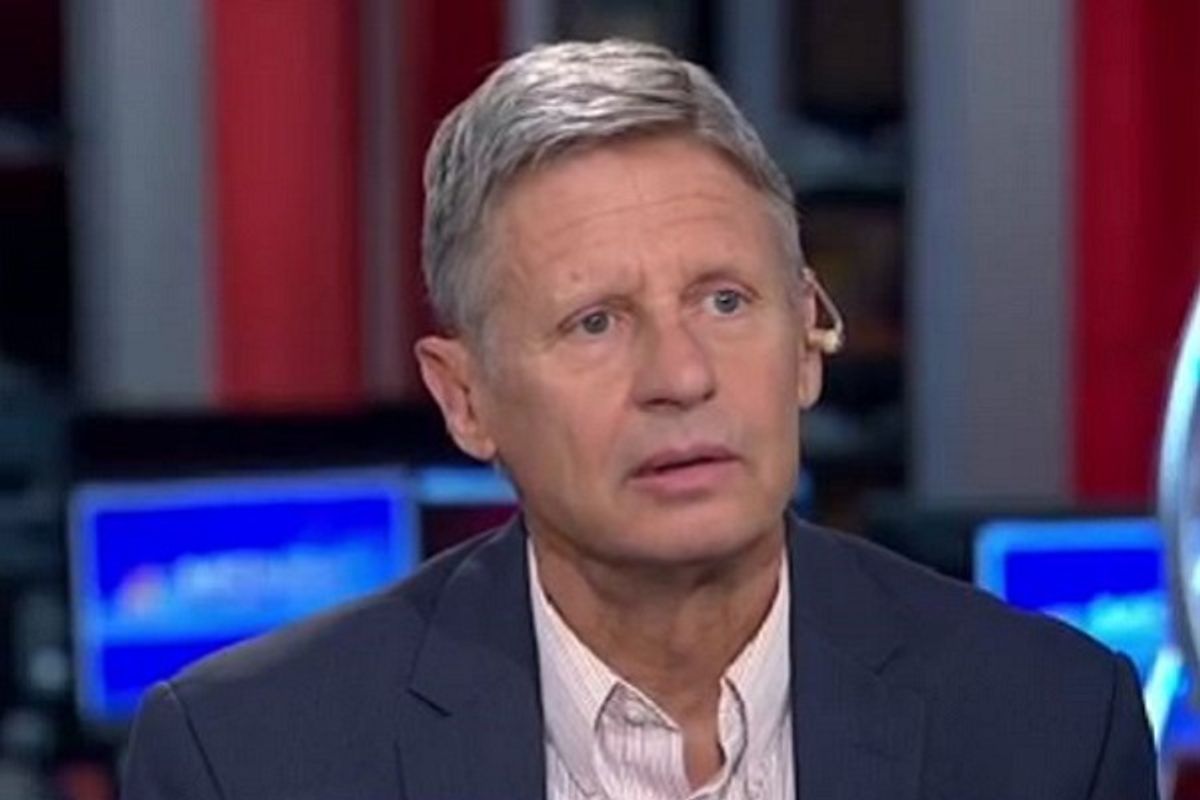 Libertarian Party presidential candidate Gary Johnson was forced to ask what Aleppo was during an national television interview on 8 September 2016, afterwards admitting the gaffe had left him "incredibly frustrated" with himself.

Johnson was being interviewed on MSNBC's "Morning Joe" program by Mike Barnicle, who asked him, "What would you do, if you were elected, about Aleppo?" Johnson responded, "And what is Aleppo?" to which Barnicle answered, "You're kidding":

It was only after Barnicle informed him Aleppo is the war-torn city in Syria that is the "epicenter" of the refugee crisis that Johnson answered:

Okay, Got it. Well, with regard to Syria, I do think that it’s a mess. I think the only way that we deal with Syria is to join hands with Russia to diplomatically bring that at an end but when we’ve aligned ourselves with — when we have supported the opposition, the Free Syrian Army, the Free Syrian Army is also coupled with the Islamists, and then the fact that we're also supporting the Kurds and this is, it's just a mess. And this is the result of regime change that we end up supporting and, inevitably, these regime changes have led to a less safe world.

Aside from being the current flash point of a five-year civil war in Syria, Aleppo is a large, Mediterranean city that extends in its known history to biblical times and has been a hub of trade and civilization for centuries.

As the New York Times pointed out, the misstep came as Johnson was trying to muster the requisite 15% voter support in a series of national polls needed to earn him a place on the upcoming debate stage:

Mr. Johnson’s support has been hovering around 10 percent. He and his running mate, former Gov. Bill Weld of Massachusetts, have been aggressively making the case that they represent a viable alternative for voters who are not happy with the major party nominees Hillary Clinton and Donald J. Trump.

Hopes for an end to fighting in Syria were muted when talks between the United States and Russia failed to yield any agreements that could bring about peace. As Russian president Vladimir Putin and U.S. President Barack Obama met on 4 September 2016 at the G20 summit in China, Syrian forces resumed their siege on Aleppo:

Speaking on the sidelines of the G20 summit that got under way in Hangzhou, China, on Sunday [4 September 2016] morning, Obama said both countries still had “grave differences” over the future course of action to put an end to the five years of violence in Syria. “I think it’s premature for us to say there’s a clear path forward, but there’s the possibility at least for us to make some progress,” the US president said.

The UN special envoy on Syria had said he hoped a deal could be struck between in Geneva on Saturday [3 September 2016] before the G20, at separate meetings in London next week with the main Syrian opposition negotiating committee, and then the UN general assembly in New York later in September. But the talks have not made the expected progress, due partly to the lack of trust between Russia and the US.

Aleppo is in the grips of wrenching fighting between rebel and government forces, where civilians, including many small children, have been the victims of horrific violence. Channel 4 News published video of a suspected chlorine attack on civilians that captures hospital staffers in Aleppo struggling to treat an influx of child victims: