Different stories about the close call emerged from each country. 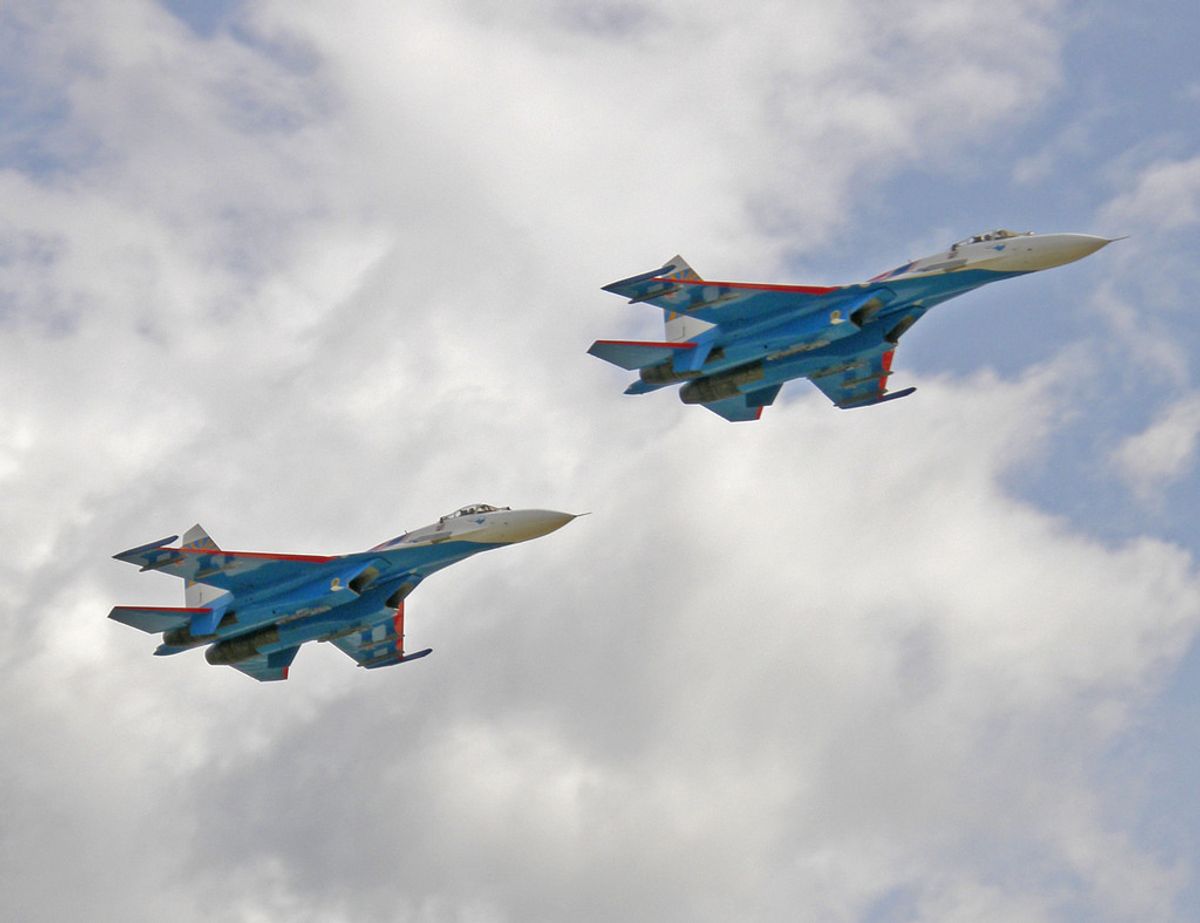 A U.S. Navy surveillance aircraft was intercepted by a Russian jet in international airspace over the Black Sea on 7 September 2016.

The encounter lasted about fifteen minutes, said a Navy spokesman, during which the Russian aircraft came within three meters (or ten feet) of the American plane:

Davis said that the Navy plane's transponders were on for identification purposes, which is contradicted by Russia's official account of the encounter:

"After the Russian fighters approached the reconnaissance aircraft for visual inspection and identification of the aircraft registration numbers, the American planes abruptly changed course and flew in the opposite direction from the Russian border," a Russian Defense Ministry spokesman, Major-General Igor Konashenkov, said in a statement.

Russia's state-funded English news network, RT, hinted that the American jet was attempting to spy on military drills across the Russian border:

The Russian Defense Ministry said that after the Russian jets approached the US spy planes close enough to visually identify them, the American aircraft sharply changed direction and flew away from the border. The ministry added that it was just the latest attempt by US aircraft to approach the Russian border close to the region where the massive Caucasus-2016 drills are being held.

The ministry stressed that there is no need for such actions, as it already officially invited military attaches from 60 countries, including NATO members, as well as more than 100 foreign journalists, to attend the final stage of the drills.

The incident is reminiscent of drills and confrontations that took place during the Cold War. It came just days after officials from both countries met to discuss the ongoing violence and conflict in Syria, and to try to work out a ceasefire deal.