Samsung Recalls All Galaxy Note 7 Smartphones After Some Explode

The company has halted sales due to a "battery issue" and says it will offer free replacement phones to purchasers of the Galaxy Note 7. 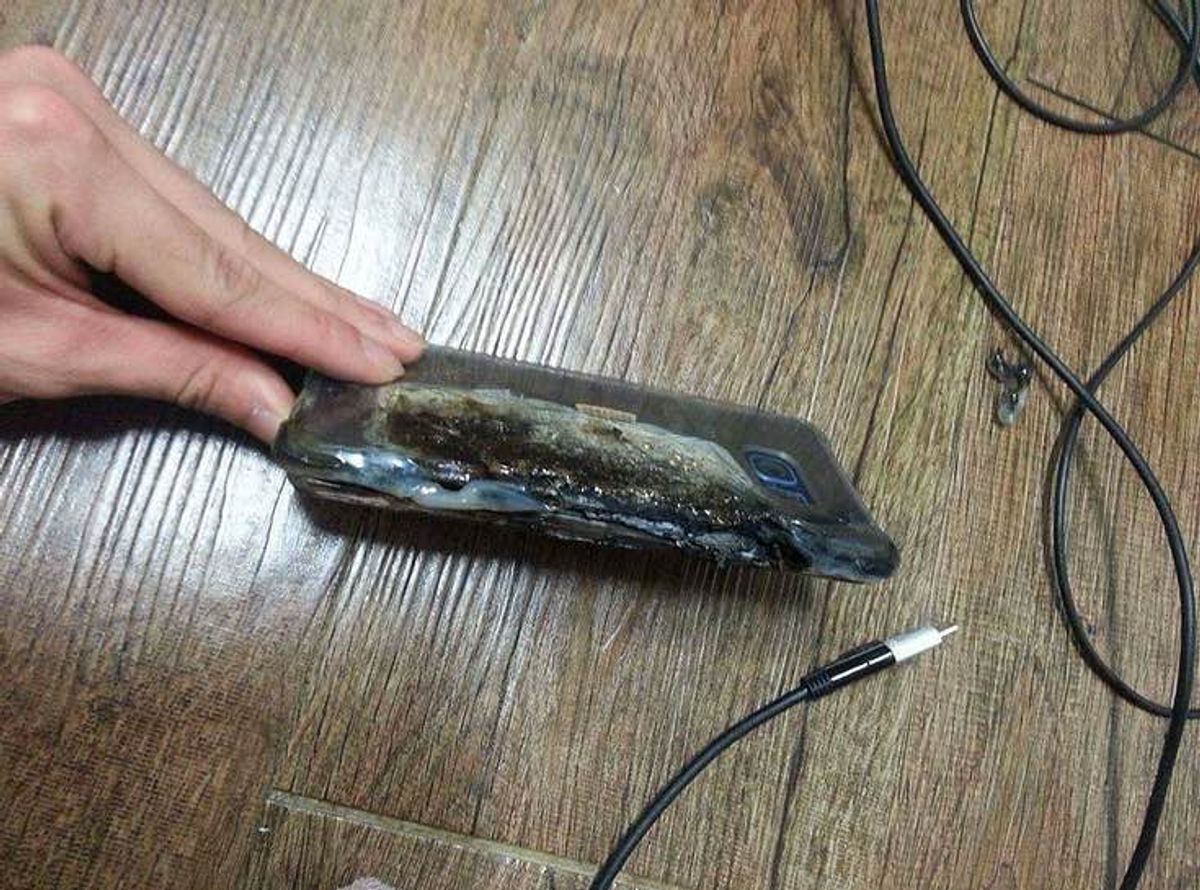 Samsung has announced the voluntary recall of some 2.5 million new Galaxy Note 7 smartphones after identifying a battery cell issue that has reportedly resulted in a few of the phones catching fire or "exploding" while charging. Meanwhile, all sales of the Note 7, which has been on the market less than two weeks, have been halted.

Korea's Yonhap News Agency reported there had been at least five instances since 24 August 2016 of Galaxy Note 7 batteries exploding, with some Internet users posting photographs of what appeared to be charred remains of their devices:

Samsung said in their 2 September recall announcement that company investigators are aware of 35 reported cases worldwide.

There are few details available thus far about how the recall will work. "For customers who already have Galaxy Note 7 devices, we will voluntarily replace their current device with a new one over the coming weeks," Samsung says, but as yet no instructions have been given to users who wish to obtain replacement devices.