Amos says he believes Kaepernick is painting with a "broad brush" when he criticizes police officers. 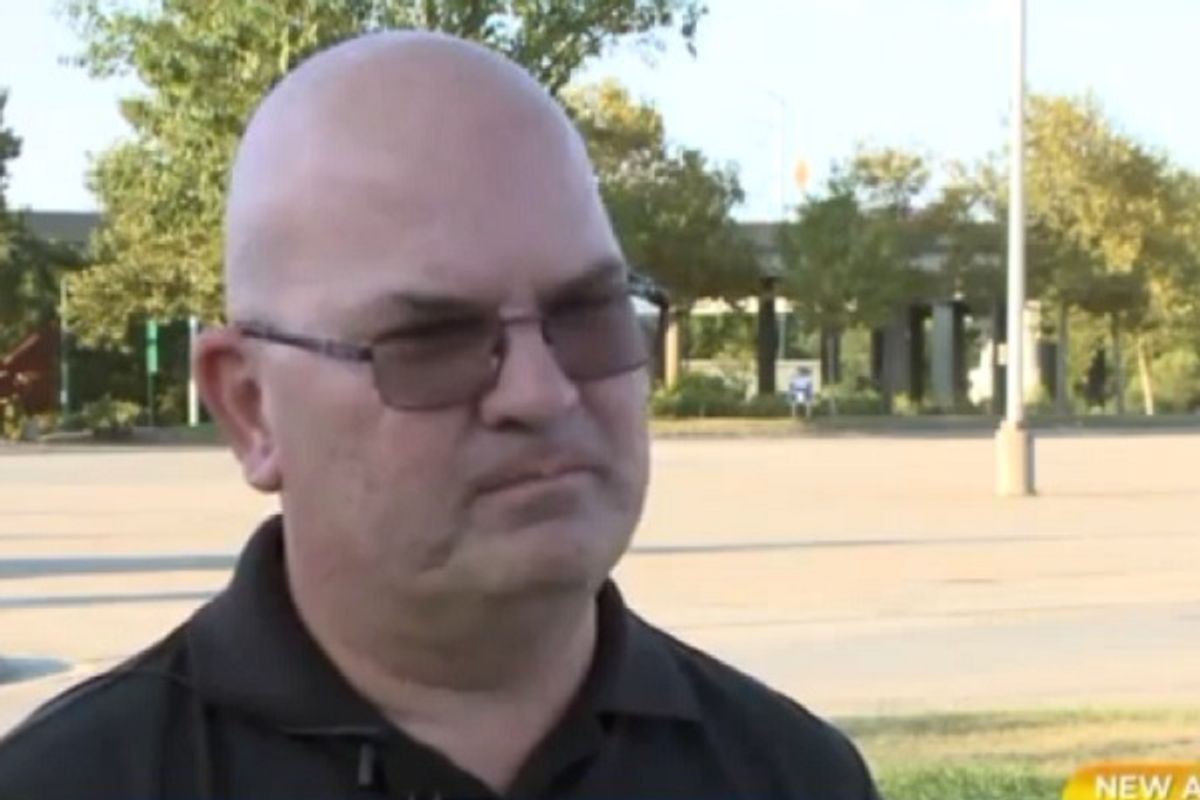 A retired Norfolk police officer's Facebook post has gone viral, structured as an open letter to 49ers quarterback Colin Kaepernick. Chris Amos was a spokesman for the Norfolk, Virginia, police department and in his letter, which as of 2 September 2016 has been shared almost 32,000 times, he recounted shooting and killing a 19-year-old after he himself was seriously wounded:

An Open Letter to Colin Kaepernick,

Dear Colin guess you have been pretty busy these last few days. For the record I don’t think any more or less of you for not standing for the National Anthem. Honestly, I never thought that much about you, or any professional athlete for that matter, to begin with. I’ve read your statement a few times and want you to know I am one of the reasons you are protesting. You see I am a retired police officer that had the misfortune of having to shoot and kill a 19-year-old African American male. And just like you said, I was the recipient of about $3,000 a month while on leave which was a good thing because I had to support a wife and three children under 7-years-old for about 2 months with that money. Things were pretty tight because I couldn’t work part time. Every police officer I’ve ever known has worked part-time to help make ends meet.

You know Colin the more I think about it the more we seem to have in common. I really pushed myself in rehab to get back on the street, kind of like you do to get back on the field. You probably have had a broken bone or two and some muscle strains and deep bruising that needed a lot of work. I just had to bounce back from a gunshot wound to the chest and thigh. Good thing we both get paid when we are too banged up to “play”, huh? We both also know what it’s like to get blindsided. You by a 280- pound defensive end, ouch! Me, by a couple of rounds fired from a gun about 2 feet away, into my chest and thigh. We also both make our living wearing uniforms, right? You have probably ruined a jersey or two on the field of play. I still have my blood stained shirt that my partner and paramedics literally ripped off my back that cold night in January. Fortunately, like you I was given a new one. Speaking of paramedics aren’t you glad the second we get hurt trainers and doctors are standing by waiting to rush onto the field to scoop us up. I’m thankful they get to you in seconds. It only took them about 10 minutes to get to me. By the grace of God, the artery in my thigh didn’t rupture or else 10 minutes would have been about 9 minutes too late. We also have both experienced the hate and disgust others have just because of those uniforms we wear. I sure am glad for your sake that the folks who wear my uniform are on hand to escort you and those folks that wear your uniform into stadiums in places like Seattle!

I guess that’s where the similarities end Colin. You entertain for a living, I and almost 800,000 others across this country serve and protect. Are there some bad apples within my profession? Absolutely and they need to be identified and fired or arrested! But you know what, the vast majority do the right thing, the right way, for the right reason. Did I mention that seconds before I was shot, an elderly African American gentleman walking down the sidewalk, turned to my partner and I as we rode past and said, “Get them.” Get who you ask? The thugs terrorizing an otherwise good and decent neighborhood, home to dozens of good, decent African American families trying to raise those families in communities not protected by gates and security guards. No these folks and families depend on America’s Law Enforcement Officers.

Colin I have buried 7 friends, killed in the line of duty and three others who have committed suicide. I have attended more funerals than I care to remember of neighboring departments who have lost officers in the line of duty, during my career. Law Enforcement Officers with different backgrounds, upbringings, and experiences united by their willingness to answer the call to protect and serve their fellow citizens.

Colin I am sorry for the endorsement deals you may lose and the dip in jersey sales, but please know you will NEVER lose what these men and women and their families have lost. And so whether you stand or sit during the National Anthem means very little to me. As for me and the men and women on whose team I was privileged to serve, we will put on our ballistic vests, badge, and gun, kiss our loved one’s goodbye, for some tragically for the last time, and out into a shift of uncertainty we will go. We will continue to protect and continue to serve and we will be standing at attention Colin, not just for the playing of our National Anthem, but far more importantly for the playing of Taps.
V/R
Chris Amos

Kaepernick has said he refuses to stand during the playing of the U.S. national anthem before NFL games in protest of the way African-Americans are treated by the police in the United States, saying the latter are getting "paid leave" for killing people.

Kaepernick's protest has involved refusing to stand during the playing of "The Star-Spangled Banner" before multiple games and has sparked an ongoing controversy. Some fellow athletes have criticized his stance, and others, including former NBA great Kareem Abdul-Jabbar, have found Kaepernick's protest to be of social value. On 2 September 2016, Abdul-Jabbar told National Public Radio that:

Mr. Kaepernick is trying to get people to understand that he is concerned about a very important issue, which is the unnecessary killings of so many young black men. He's really concerned about that and he went to a great length in order to call attention to that issue. ... There are a lot of people who don't like his tone, or maybe the venue that he chose to make his statement. But the fact that he is concerned about a real issue I think is a very admirable thing, and I hope that he will continue to find ways to bring this message across to people in a positive way.

Watch Amos talk about his letter in an interview with WTKR here: