Leilani Thomas said her teacher docked her grades because she refuses to participate in the daily ritual. 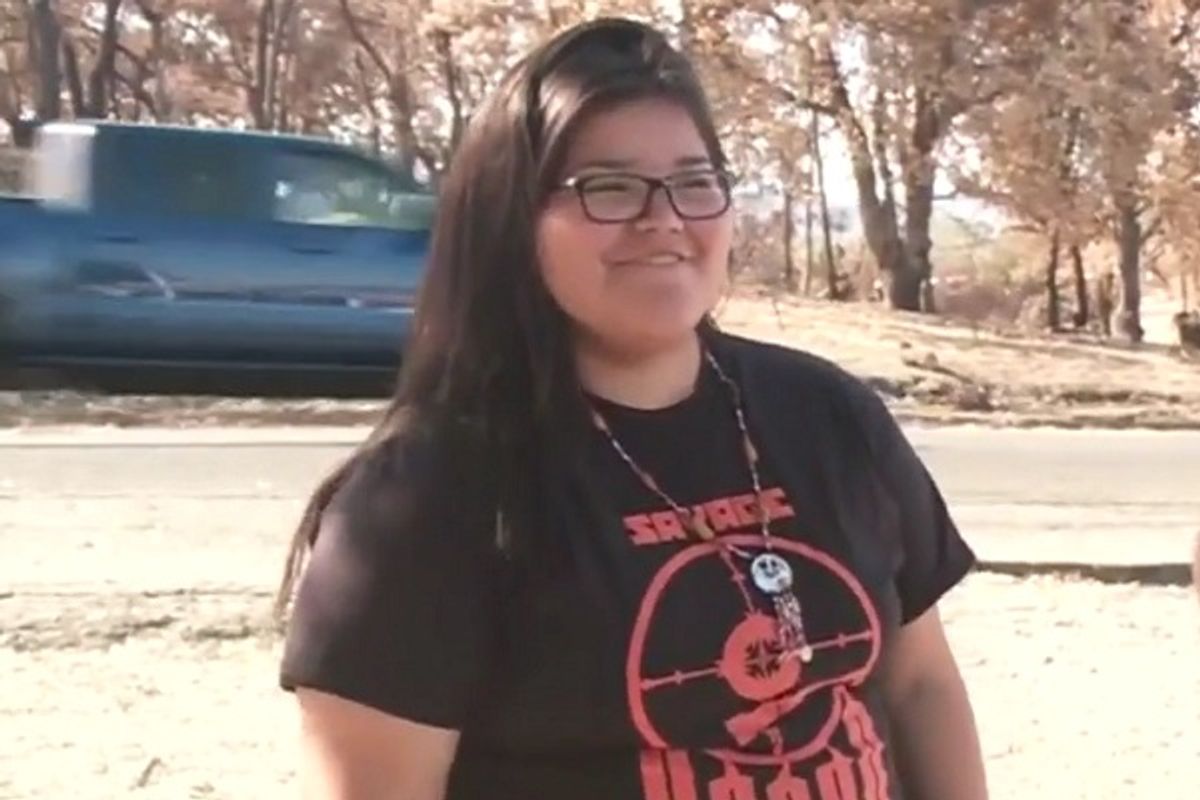 Long before 49ers quarterback Colin Kaepernick made national headlines for refusing to stand during playing of the national anthem at NFL games, Leilani Thomas had established her own form of protest. Since the second grade, Thomas, a Native American from the northern California town of Lower Lake, has refused to recite the Pledge of Allegiance.

For the most part, it seemed her teachers largely respected her constitutional right to express herself by not saying anything — until now. Thomas maintains that a teacher at Lower Lake High School has docked her grades in retaliation for her protest. But according to a report by Sacramento station KXTV, the district superintendent is taking her side.

"[Students] have the same rights when they walk into the schoolhouse than anybody else does," Konocti School District Superintendent Donna Becnel told the station, saying that Leilani and a friend who was protesting alongside her had been switched to a different teacher.

Thomas recorded the conversation she had with her instructor, who hasn't been named in media reports. She and her father shared the recording with school administrators and the media, on which her teacher is heard saying:

Here’s the deal. If you really, really have an argument and feel so strongly about, then I need to see it written out — your argument — in an essay form. Like, why? Why, because here’s the thing; those people, they’re not alive anymore. Your ancestors.

The superintendent told San Francsico station KPIX that the teacher is facing disciplinary action. The reports don't say what Native American community Thomas hails from, but Thomas asserts her protest is about what happened to her people on the land that was once theirs.

The plight of California Indians is a brutal and sad one, with the result being a drastic decline in population after a period in the mid-to-late 19th Century that the Los Angeles Times refers to as genocide. After being removed from their ancestral lands and forced into labor at Spanish missions, California Indians were subjected to two conquests by the Mexican, and then the American, governments:

It is not an exaggeration to say that California legislators also established a state-sponsored killing machine. California governors called out or authorized no fewer than 24 state militia expeditions between 1850 and 1861, which killed at least 1,340 California Indians. State legislators also passed three bills in the 1850s that raised up to $1.51 million to fund these operations — a great deal of money at the time — for past and future anti-Indian militia operations. By demonstrating that the state would not punish Indian killers, but instead reward them, militia expeditions helped inspire vigilantes to kill at least 6,460 California Indians between 1846 and 1873.

Finally, the state of California, slave raiders and federal officials were all involved in “forcibly transferring children of the group to another group.” Thousands of California Indian children suffered such forced transfers. By breaking up families and communities, forced removals constituted “imposing measures intended to prevent births within the group.” In effect, the state legalized abduction and enslavement of Indian minors; slavers exploited indenture laws and federal officials prevented U.S. Army intervention to protect the victims.