Indonesian Man Claims to Be World's Oldest at 145

Mbah Gotho of Indonesia has an identity card that says he was born in 1870, which (if verified) would make him 145 years old and the world's oldest person — ever. 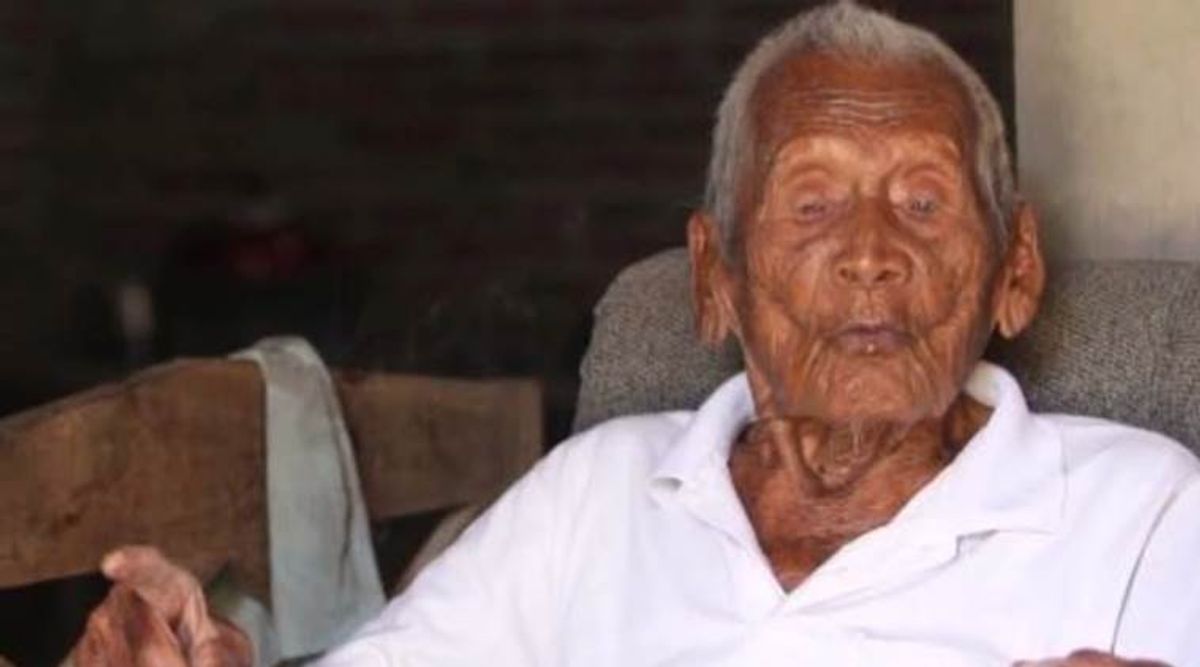 According to a 27 August 2016 staff report in the Telegraph, a man named Mbah Gotho, who resides in Sragen, Java in Indonesia, may be the oldest living human being in recorded history, though all he wants to do, he says, is die:

One of Mr Gotho’s grandsons said his grandfather has been preparing for his death ever since he was 122.

Gotho, who is described as becoming more and more frail in recent months, now has to be spoon-fed and bathed, the Telegraph said. He spends most of his time listening to the radio because his eyesight is so bad.

So, what evidence exists to prove his age? There is a photo of Gotho's government ID card, to name one item, posted on the Indonesian news web site Libutan6 (which, perplexingly, specifies his age as 146). The card lists his birth date (under his "official name" of Sodimejo, according to the Telegraph) as 31 December 1870: Gotho says he remembers being a small child when the Gondang Sugar Factory in his hometown of Sragen opened in 1880. The secret of his longevity? "Patience and gratitude."

Given that the current Guinness World Record holder for oldest person ever is Jeanne Louise Calment, who died in 1997 at age 122, Gotho is in a position to break that record handily -- by an astounding 23 years, to be exact -- if and when his age can be independently verified.