Aliens Are (Probably) Not Broadcasting a Signal from Space

A supposed signal originating from a star about 95 light years from Earth is causing excitement -- but it's highly unlikely ET is behind it. 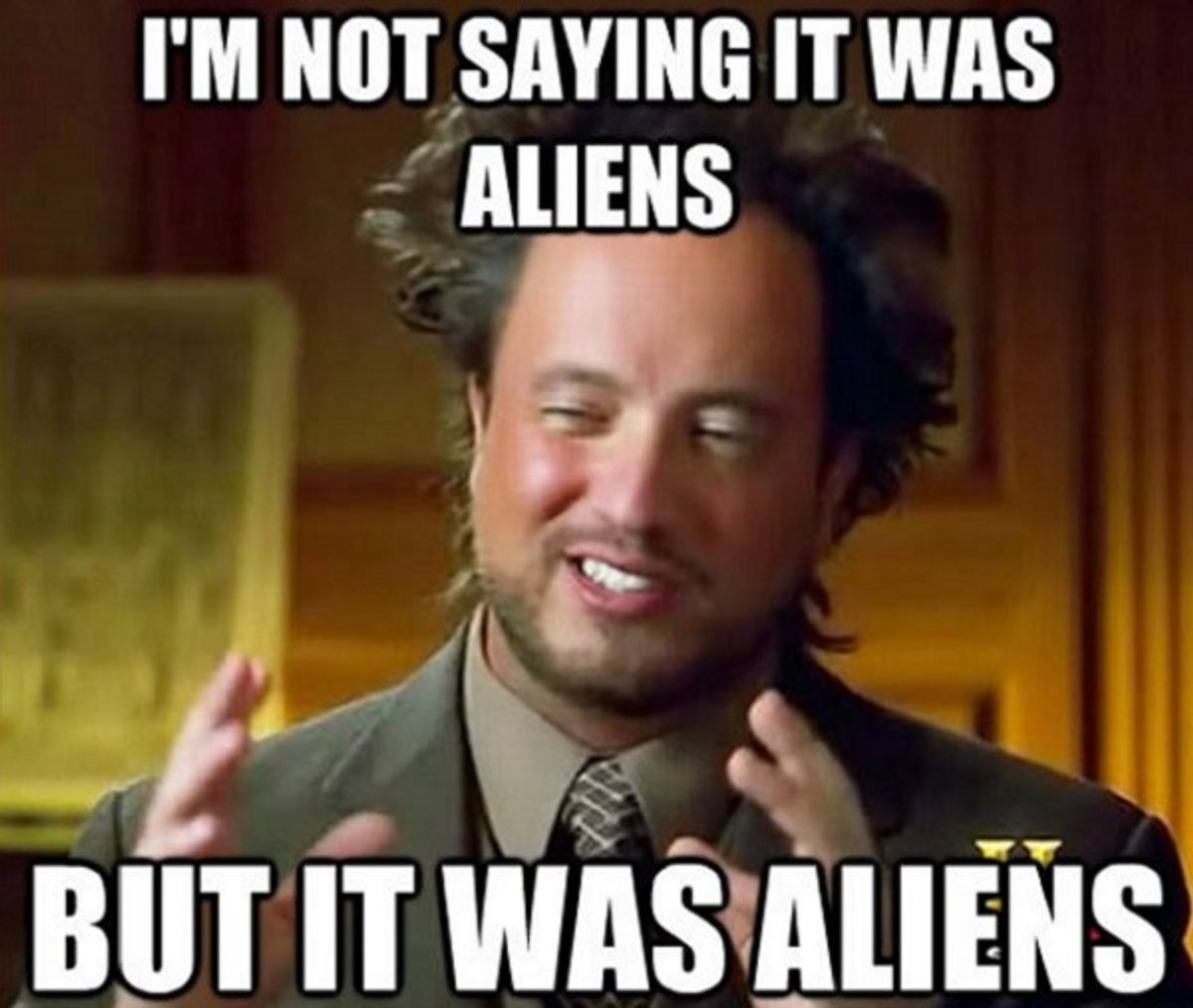 A supposed "signal" that was initially thought to be coming from a star about 95 light years away from Earth was was likely generated from a terrestrial source, scientists confirmed.

As Ars Technica pointed out on 31 August 2016, Russian scientists released a statement that will likely disappoint amateur space enthusiasts but come as no surprise to researchers, saying the signal probably did not come from the star, but instead came from our own planet.

In the framework of this program, an interesting radio signal at a wavelength of 2.7 cm was detected in the direction of one of the objects (star system HD164595 in Hercules) in 2015. Subsequent processing and analysis of the signal revealed its most probable terrestrial origin.

As for the other objects of the RATAN-600 survey, it is too early to claim about any reliable scientific results. Using the obtained measurements, we are only able to estimate the upper limit of the detection of the studied areas. It can be said with confidence that no sought-for signal has been detected yet.

The signal was originally reported to originate from a star known as HD 164595. The star is located in the Hercules constellation and has at least one known planet that orbits in a 40-day cycle. But Eric Korpela, director of the Berkeley SETI (Search for Extraterrestrial Intelligence) Research Center, urged caution early on, saying he was not impressed with the findings:

I was one of the many people who received the the email with the subject "Candidate SETI SIGNAL DETECTED by Russians from star HD 164595 by virtue of RATAN-600 radio telescope." Since the email did come from known SETI researchers, I looked over the presentation. I was unimpressed. In one out of 39 scans that passed over star showed a signal at about 4.5 times the mean noise power with a profile somewhat like the beam profile. Of course SETI@home has seen millions of potential signals with similar characteristics, but it takes more than that to make a good candidate. Multiple detections are a minimum criterion.

Because the receivers used were making broad band measurements, there's really nothing about this "signal" that would distinguish it from a natural radio transient (stellar flare, active galactic nucleus, microlensing of a background source, etc.) There's also nothing that could distinguish it from a satellite passing through the telescope field of view. All in all, it's relatively uninteresting from a SETI standpoint.

In an e-mail, Korpela told us that "It is possible that this could be a signal from an alien civilization. But it is incredibly unlikely."

Ars Technica reported on 29 August 2016 that the signal was probably earthbound, but as of 31 August, media outlets were still discussing their belief that it was aliens.

According to science journalist Dave Mosher, the signal is indeed so uninteresting that the people who first found it didn't bother to let anyone know right away. The researchers found it using the RATAN-600 radio telescope located in Zelenchukskaya, in southwest Russia, more than a year ago.

Korpela additionally explained to us that:

We tend to categorize signals on several criteria when determining whether a signal is extraterrestrial and indicates non-terrestrial intelligence.

1. Is the signal of a type that would indicate intelligence (narrow band, pulsed, encoded with changes in amplitude, period, or frequency over time) rather than a natural radiation source? There is no way to tell because the signal has no frequency, bandwidth or temporal information, Since there are natural sources with time variable power in this band, the standard assumption is that the source is natural and broad band. At best the parameters of the signal are ill defined.

2. Is the source at persistent location in celestial coordinates? Since the source was only seen once out of 39 observations, there is no way to tell. This is consistent with a natural variable source of radio emission.

3. Is the source not present at other locations in the sky, which would indicate a local or earth orbiting radio source? Again, this is not possible to tell because the signal is not well specified. There are multiple source of potential interference in this band including satellites and ground based radars reflecting off of aircraft or satellites.

4. Is the source frequency significantly far away from known interference frequencies? There is no way to know from the signal properties we know.

We would require a "yes" to all four of those questions before considering a signal to be interesting, then we would observe it again ourselves, and only then would we ask for confirmation from another astronomer. Following confirmation we would proceed with the post detection protocols.

The scientific skepticism hasn't stopped some publications from asking if this was the discovery of contact that would change everything, a la Star Trek. Most likely it is not. But that won't stop researchers from keeping their eyes on the skies in hopes of finding extraterrestrial intelligence.