The Republican presidential candidate's initial response to the shooting death of the NBA star's cousin was to say that African Americans will vote for him. 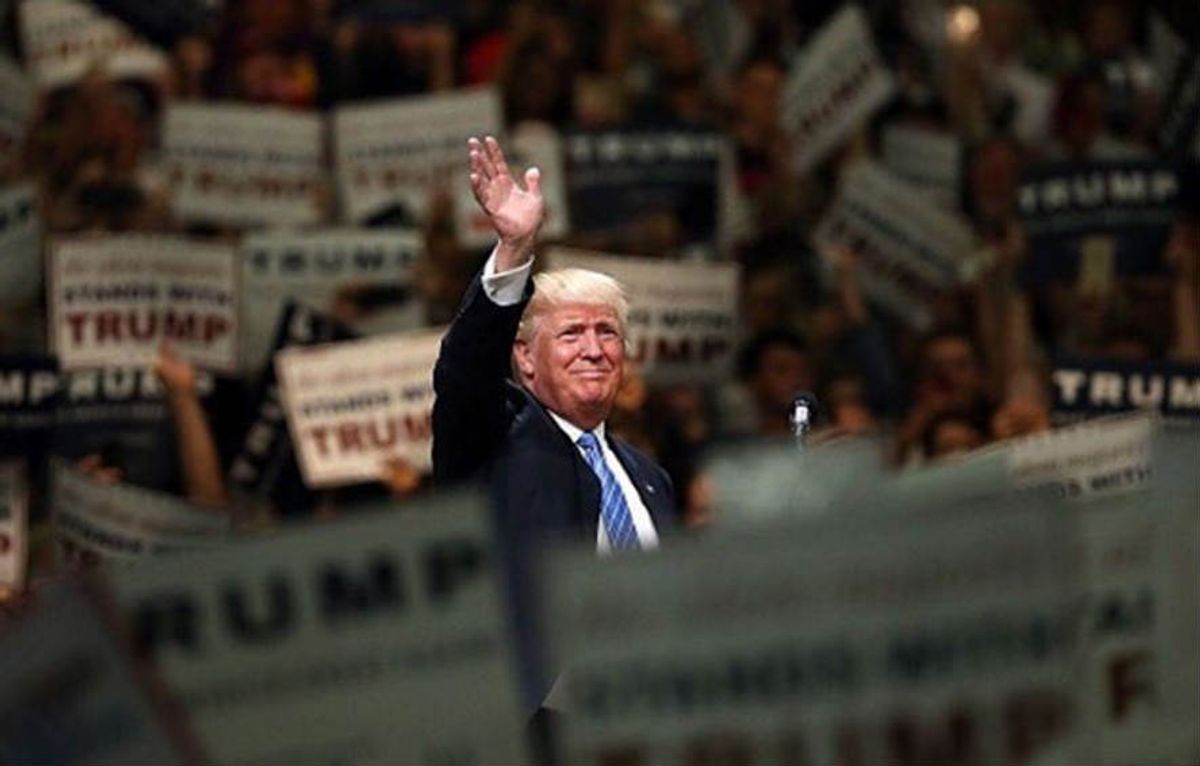 Republican presidential nominee Donald Trump sent mixed messages after learning of the accidental shooting death of NBA star Dwyane Wade's cousin, Nykea Aldridge, who was hit by a stray bullet during an apparent shootout between two men in Chicago's Parkway Gardens neighborhood. Aldridge, who is survived by four children, was pushing her newborn baby in a carriage at the time.

The fatal shooting was met by an outpouring of grief and sympathy for Wade and his family, including the Chicago Bulls basketball team, which stated, "The entire Chicago Bulls organization is deeply saddened by the news of Dwyane Wade’s cousin, Nykea Aldridge. We send our deepest condolences to the entire Wade family during this difficult time."

Donald Trump acknowledged the tragic event in two separate tweets, the first of which was an apparent attempt to link Aldridge's death to Trump's political aims:

Dwyane Wade's cousin was just shot and killed walking her baby in Chicago. Just what I have been saying. African-Americans will VOTE TRUMP!

To which the Twitterverse responded with rapid condemnation, including a series of outraged tweets from actor Don Cheadle:

You are truly a POS https://t.co/cyTwxgxwDh

Silicon Valley entrepreneur Sahil Lavingia threw Trump's words about Hillary Clinton back in his own face:

Having apparently thought better of it, roughly an hour-and-a-half after his initial tweet, Trump posted condolences:

My condolences to Dwyane Wade and his family, on the loss of Nykea Aldridge. They are in my thoughts and prayers.

The shooting death of Nykea Aldridge is under investigation by the Chicago police, who told reporters that they have questioned two people, but no charges have yet been filed.