Attack on American University in Kabul 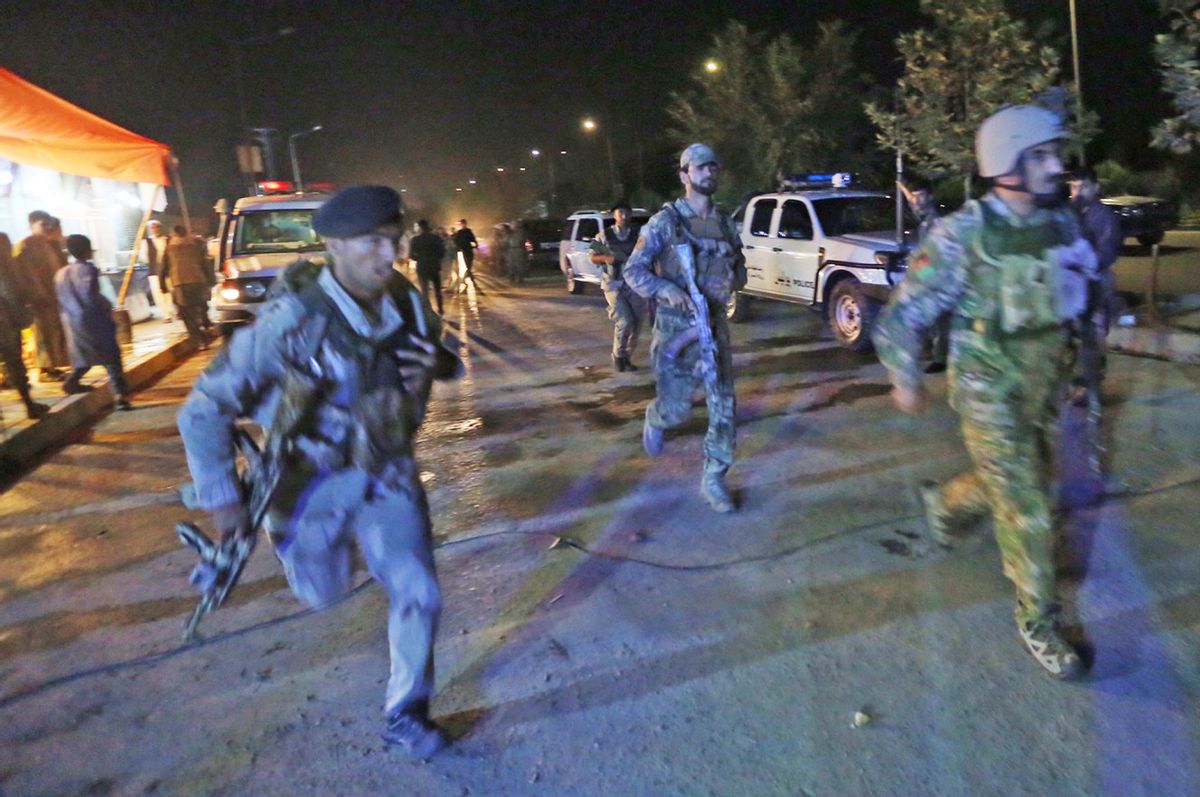 An attack on American University in Kabul killed at least one person and injured 26 others on 24 August 2016.  No group has yet claimed responsibility:

The attack came after two professors at the university - an American and Australian - were kidnapped in the heart of the capital earlier this month, the latest in a series of abductions of foreigners in the conflict-torn country.

The management of the elite American University of Afghanistan, which opened in 2006 and caters to more than 1,700 students, was not immediately reachable for comment.

The assault began with a "huge blast," which trapped staff and students inside:

Student Ahmad Mukhtar told the BBC that he was 100m (320ft) away from the university's main entrance on his way home when he heard "six or 10" shots and a "huge" blast.

The explosion created so much light that it momentarily lit up the surrounding area, he said.

"I climbed a six-metre wall to escape," Ahmad said.

Associated Press photographer Massoud Hossaini was temporarily trapped on campus.  He said that he and about fifteen other students hid in a classroom:

"I went to the window to see what was going on, and I saw a person in normal clothes outside. He shot at me and shattered the glass," Hossaini said, adding that he fell on the glass and cut his hands.

The students then barricaded themselves inside the classroom, pushing chairs and desks against the door, and staying on the floor. Hossaini said at least two grenades were thrown into the classroom, wounding several of his classmates.

American University (a nonprofit private school, according to its web site) has about 1,700 students enrolled at its Kabul campus. It offers English and professional development classes, among with undergraduate and graduate courses.