23 August is supposed to be the anniversary of the World Wide Web's birth, but that isn't its actual origin date. 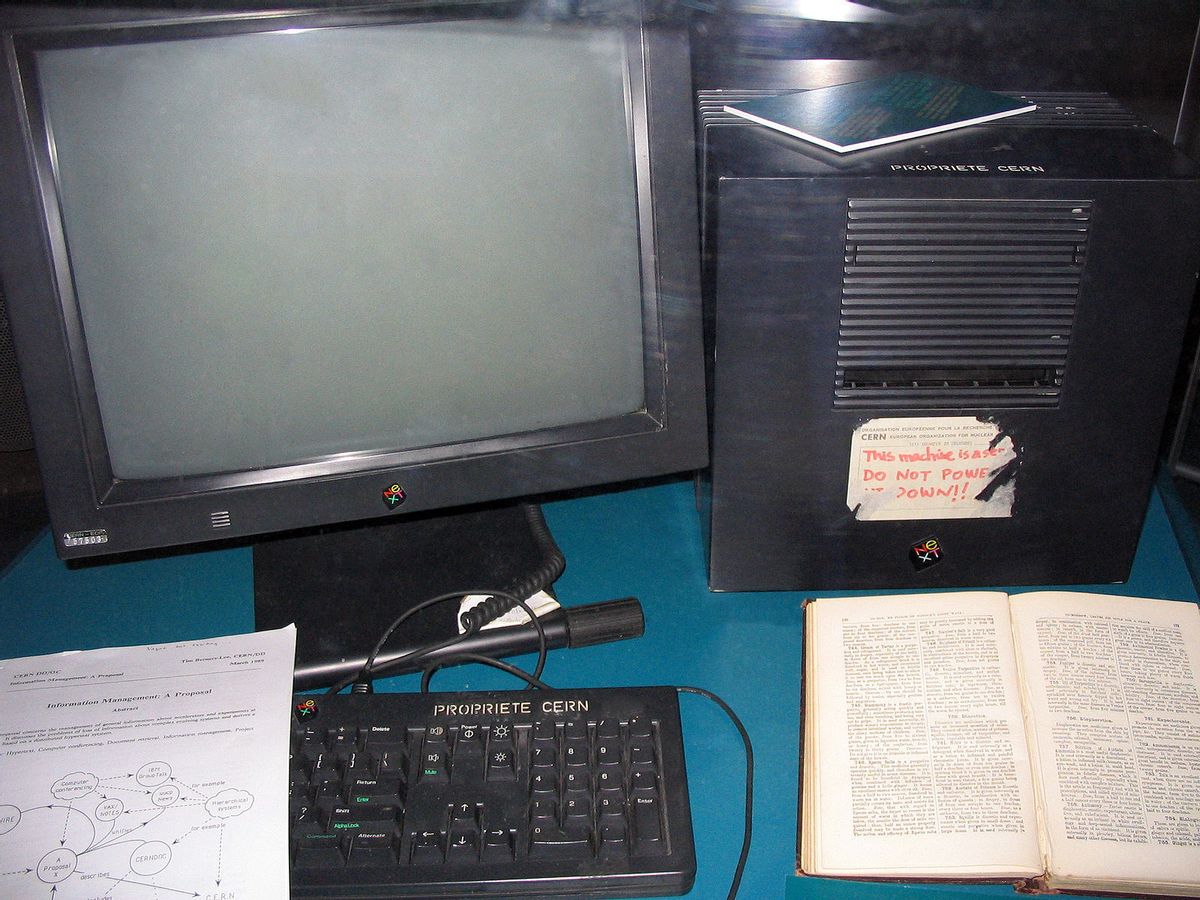 Internaut Day — a portmanteau of Internet and astronaut — is celebrated on 23 August.  According to the story, that's the day that Tim Berners-Lee opened the Web up to everybody back in 1991, changing the world by making it infinitely more connected, and eventually leading to a world in which, thanks to social media, you're offered peeks directly into the ids of your high school classmates whether you want them or not.

On 23 August 2016, the Internet exploded with stories about what is purportedly its 25th birthday. Except... well, it isn't accurate.  Like many things you find online, there's some truth to the claims, but they could also do with a little fact-checking.

What isn't in dispute is that Tim Berners-Lee invented what came to be called the World Wide Web for sharing information while working at CERN in 1989: Yes, sticklers will point out that there were other ways to trade information during that time (BBSes, FTP, and telnet, for example) but Berners-Lee's proposal brought disparate ideas together and added some of his own:

As the Web began to grow, Tim realised that its true potential would only be unleashed if anyone, anywhere could use it without paying a fee or having to ask for permission.

He explains: “Had the technology been proprietary, and in my total control, it would probably not have taken off. You can’t propose that something be a universal space and at the same time keep control of it.”

But that didn't happen on 23 August 1991, or 23 August of any other year. Berners-Lee filed his proposal on 12 March 1989, and that — at least according to the World Wide Web Foundation and the Web Consortium, both of which were founded by Berners-Lee — is the day the modern Internet was born, which (by their metric) turned 25 in 2014.

So what happened on 23 August 1991?  On 6 August 1991, Berners-Lee published his summary of the Web-to-be on various newsgroups explaining what he hoped to see from it. A couple of weeks later, so the story goes, the public at large was finally able to access the Web, explore it, and make it their own: Internaut Day.

The very first web page, which can be found online at its original URL, went live on August 6, 1991. At this point, it was only available to users at CERN, and it was a short page explaining what the World Wide Web actually was.

On August 23, 1991, new users outside of CERN were invited to join the web, marking its official anniversary, or Internaut Day.

However, that's not backed by the Web Foundation, which has December 1990 as the date that the first Web page went live, and 6 August 1991 as the date that Berners-Lee posted on various newsgroups inviting the public to join.

At any rate, the Web showed up around 25 (give or take) years ago, forever changing the way people interact with one another, disseminate information, learn, teach, and grow.  But it remains a place for a mostly free exchange of ideas (Twitter pile-ons notwithstanding). And as Berners-Lee has said, he hopes it remains that way:

Some people point out that the Web can be used for all the wrong things. For downloading pictures of horrible, gruesome, violent or obscene things, or ways of making bombs which terrorists could use.

Other people say how their lives have been saved because they found out about the disease they had on the Web, and figured out how to cure it.

I think the main thing to remember is that any really powerful thing can be used for good or evil. Dynamite can be used to build tunnels or to make missiles. Engines can be put in ambulances or tanks. Nuclear power can be used for bombs or for electrical power.

So what is made of the Web is up to us. You, me, and everyone else.

Here is my hope.

The Web is a tool for communicating.

The Web can help people understand each other.

Think about most of the bad things that have happened between people in your life. Maybe most of them come down to one person not understanding another. Even wars.

Let's use the web to create neat new exciting things.

Let's use the Web to help people understand each other.

While 23 August isn't the Web's birthday, 27 August is another important date for the virtual world: Linux Day, which celebrates the creation of Linux, the open-source operating system based on UNIX which, as of 2016, has been delighting and confounding coders for 25 years.