The son of the Republican presidential candidate made the comments on "Fox and Friends." 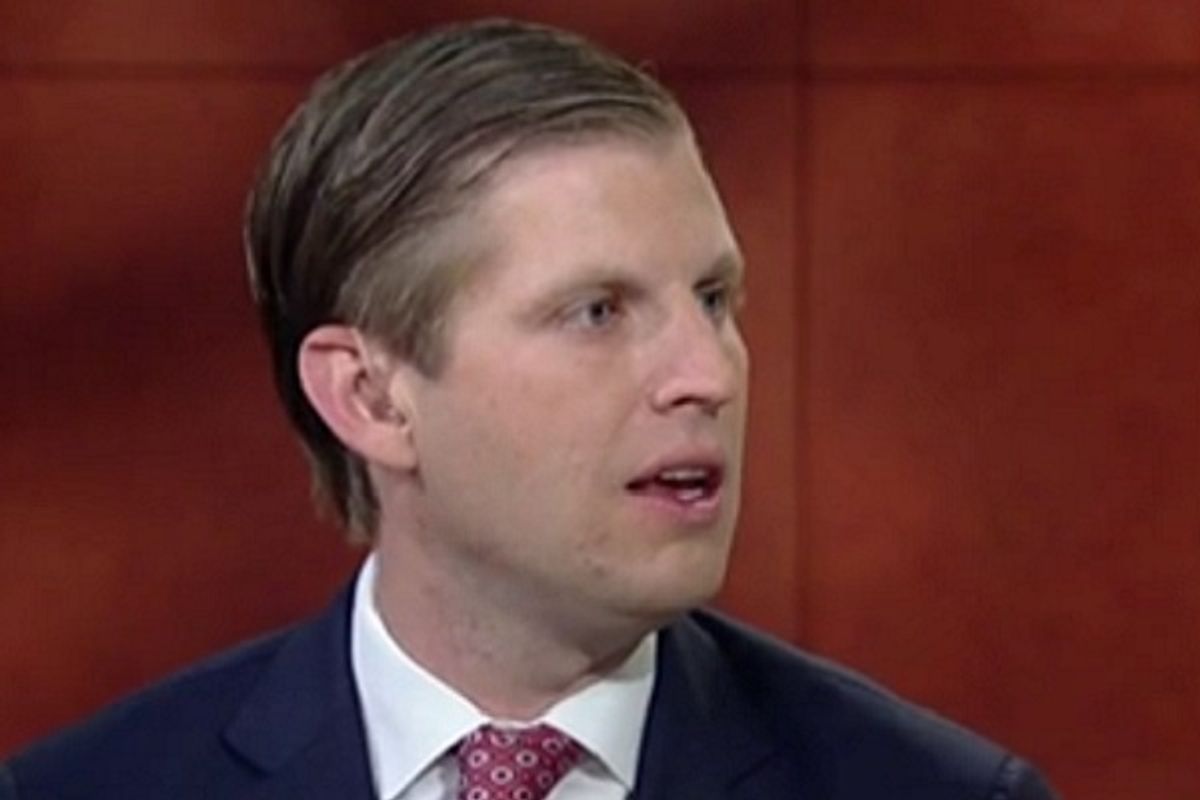 Eric Trump, the son of Republican presidential nominee Donald Trump, was a guest on the Fox News program "Fox and Friends" on 22 August 2016. While there, he said American workers' wages have been stagnant for 15 years and that stagnation was caused by immigrants and Syrian refugees.

Trump talked about his father's decision to visit parts of Louisiana that had been struck by catastrophic flooding and also criticized the "optics" of President Barack Obama playing golf while on vacation during the disaster. He also said his father wants to prioritize American citizens:

My father wants a safe country and he also wants Americans to have jobs. I mean, they should come first. You were born in this country. You were born here, legally you're here legally, right. I mean wages have been stagnant for the last 15 years and it's because you have Syrian refugees coming in. It's because you have thousands of people coming over the border, and Americans are suffering because of it.

According to research by the Economic Policy Institute, wage stagnation has been an issue since the early 1970s. An EPI paper published on 6 January 2015 attributes the stagnation not to immigration, but to income inequality, with figures showing that as worker productivity increased after about 1973, wages flattened out.

Further, while wages for the top 1 percent of income earners grew by 138 percent, the bottom 90 percent experienced far less growth:

Syrians began fleeing a bloody civil war in that country starting in 2011. At around the same time, undocumented immigration to the United States dropped as a result of the recession that hit in 2007-2008; in 2012, the Pew Research Center determined migration from south of the U.S.-Mexico border was net zero. Immigration and vetting refugees from Middle Eastern countries have been a focal point for Trump's campaign, and one of his most popular talking points among supporters is his promise to build a wall that covers the entire 2,000-mile border between the United States and Mexico (although a wall already exists throughout much of the border region).