A photograph showing a school opt-out form for the Pledge of Allegiance was frequently misinterpreted to represent the opposite. 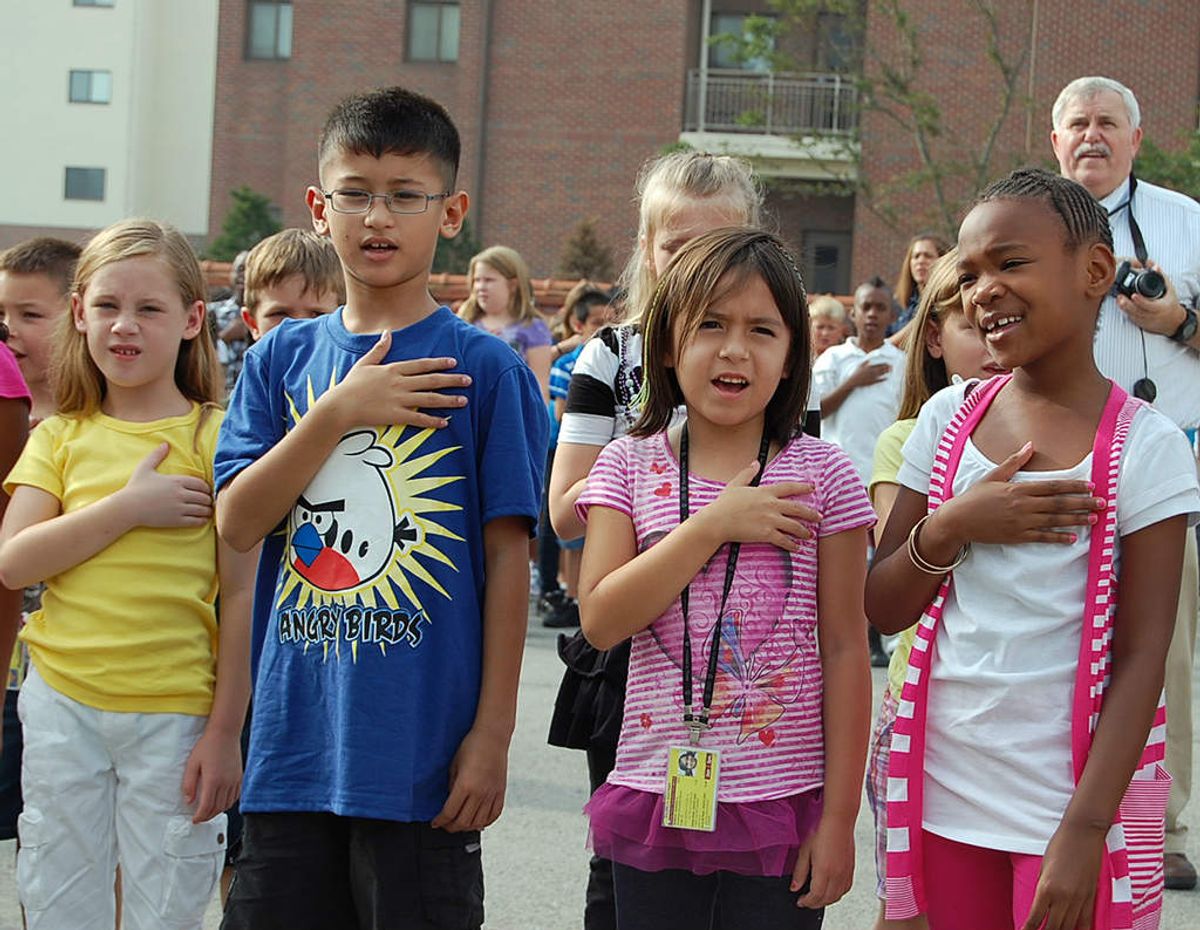 On 18 August 2016, Facebook user Micah Brienen posted a photograph described as showing a form brought home by her niece (from Killearn Lakes Elementary School, part of the Leon County School District in Florida), allowing parents to request that their child be excused from reciting the Pledge of Allegiance in school: Because the document is titled "Pledge of Allegiance Request," many viewers misinterpreted it as a form that needed to be filled out and signed by a parent for a student to be allowed to recite the Pledge of Allegiance in school, but it actually represents the opposite.

Florida state law allows that "each district school board may adopt rules to require, in all of the schools of the district, programs of a patriotic nature to encourage greater respect for the government of the United States and its national anthem and flag" but requires that public school students be excused from reciting the Pledge of Allegiance if they have written consent from their parents:

This [form] is a response to a Florida law voted on by the Florida Legislature and signed by Governor Rick Scott. We are required to comply with the law. Florida Statute 1003.44 dictates to all school districts in Florida that, "each student shall be informed by a written notice published in the student handbook or a similar publication pursuant to s. 1006.07(2) that the student has the right not to participate in reciting the pledge.

In addition to providing a right to opt out of saying the Pledge of Allegiance, Florida law also requires schools to inform students about their ability to opt out of the pledge by "posting a notice in a conspicuous place":

Many social media commentators took the opportunity to blame President Obama for the supposed lack of patriotism encapsulated in this opt-out form. However, students in Florida have had the right to opt out reciting the Pledge since at least 2000, long before the Barack Obama was elected to the White House.

That connection between an older Florida law and President Obama might have come about because the posting of this opt-out form to social media followed closely on the heels of a fake news story reporting that the President had signed an executive order banning the Pledge from all American schools.