More Bodies Under the Bed

A young couple reportedly slept in a foul-smelling Thai hotel room, unaware that the odor issued from a murder victim who had been stuffed under the bed. 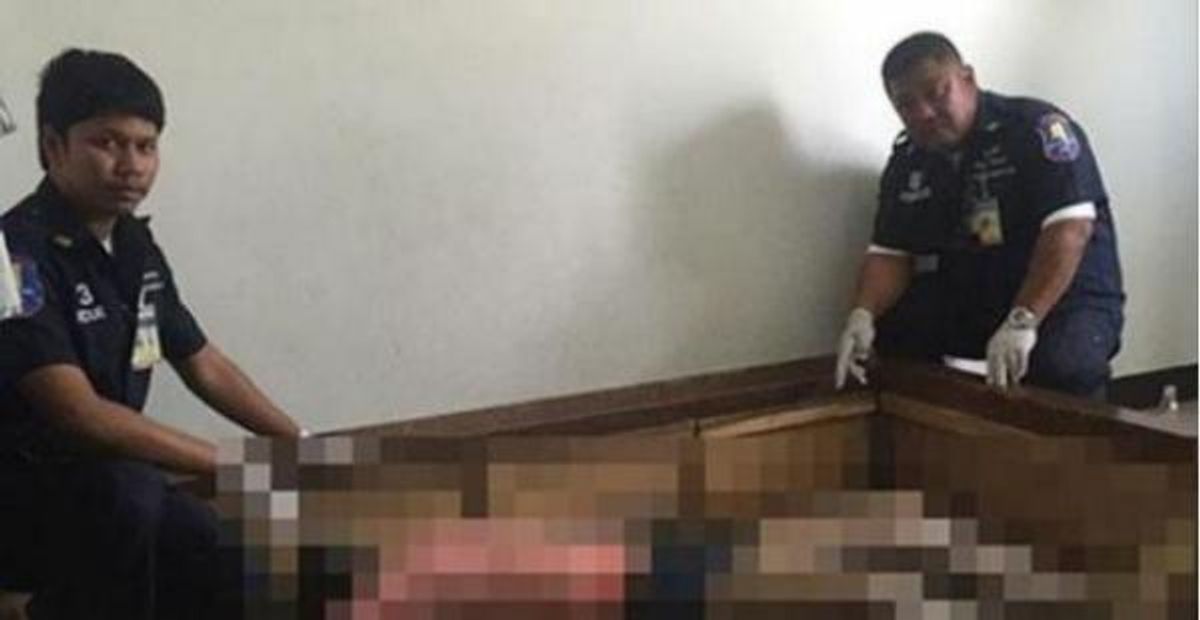 One venerable urban legend dating back at least 25 years involves a vacationing couple staying at a motel who, after repeatedly complaining about a foul odor in their room and getting no satisfaction from the desk staff, discover the source of the stench is a corpse that has been hidden under their bed (stuffed between the mattress and frame bottom).

This urban legend is notable for being one of the undeniably true examples of its genre (even if it didn't start out that way), as our article distressingly chronicles multiple real-life instances of hotel and motel guests finding they'd spent one or more nights sleeping atop a dead body.

We may be adding one more entry to the list (if it checks out), as on 21 August 2016 the Bangkok Post reported on a murder case involving two teenaged boys who allegedly murdered a transgender woman at a hotel and stuffed her body in a bed frame:

Two teenage boys, one 17 and the other 14, were arrested on charges of murdering a transgender woman in a Pattaya hotel and stuffing the body inside a bed frame.

Police apprehended the teens, both from Nakhon Ratchasima, at a bus terminal in Muang Chon Buri district around noon and took them for questioning at Muang Pattaya police station.

The body of Amphon Kongsong was found in a room of a five-storey hotel on Soi Buakhao in tambon Nong Phrue of Bang Lamung district on Saturday morning.

The older teen got to know Amphon through recent Facebook conversations. After their friendship grew, Amphon, who worked at a beer bar in Pattaya, persuaded him to find a job in Pattaya. The teenager, who was looking for work, asked his younger friend to accompany him.

Amphon checked into the hotel room on behalf of the teens on Aug 16. She then spent the first few nights with them and bought them food.

The older boy claimed he thought Amphon sincerely wanted to help without wanting anything from him. That was until she asked if she could have sex with him on Thursday night.

The 17-year-old rejected Amphon's advances. He said the rejection angered the transgender woman and they had an argument that escalated into a physical fight. He then strangled her with his hands in a fit of rage while the 14-year-old held Amphon's legs. The two hid the body under the mattress and fled the hotel.

The key to the article was the manner in which the body was reportedly discovered, with the horrific legendary aspect mentioned almost as an aside:

The hotel alerted police after a maid noticed blood oozing out from underneath the bed accompanied by a foul stench.

Police officers lifted up the mattress and found Amphon's body underneath.

On Friday evening, a couple checked into the room and asked the hotel staff to get rid of a bad odour before spending the night there. [The] two guests [left the room Saturday morning] but apparently were unaware that there was a dead body under their bed.

Possibly yet another instance of death taking a holiday inn.