The statues were part of a protest art project by anarchist collective INDECLINE. 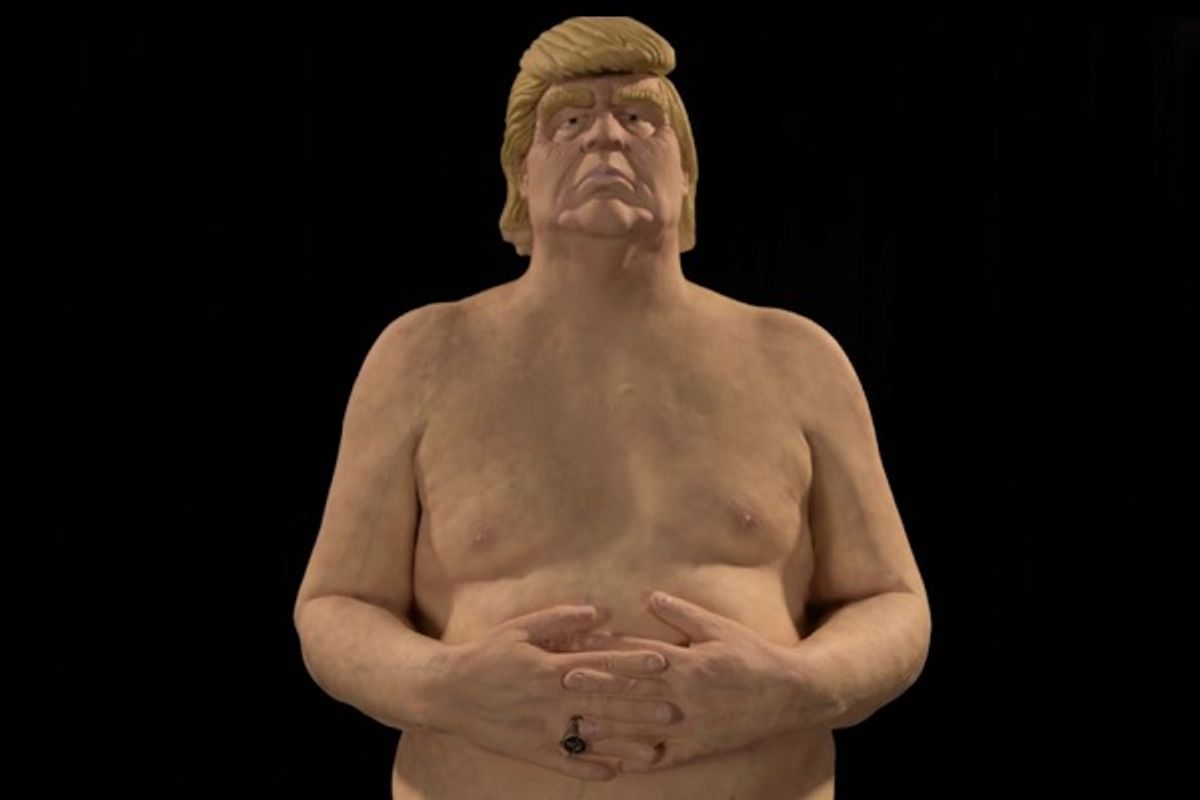 The project, which is entitled "The Emperor Has No Balls," was rolled out on 18 August 2016. The statues bear Trump's signature yellow coiffure, but the artist took creative license with the size of his hands (and, presumably, other parts), prompting a New York parks employee to quip upon the statue's removal:

NYC Parks stands firmly against any unpermitted erection in city parks, no matter how small.

The statues were created by a group called INDECLINE; a video on their web site shows them sculpting the statues accompanied by music that featured a sample of Trump's voice saying, "The American dream is dead." The group sent us the following statement:

After a few weeks of auditioning potential sculptor candidates, “Ginger”, a Cleveland based artist with an impressive penchant for the macabre, was chosen to collaborate with the INDECLINE. The objective was to source an artist who could accurately and skillfully capture both realistic and grotesque human attributes. Working exclusively in the “horror” genre, “Ginger” maintained a familiarity with creating monsters that translated perfectly when tasked with creating Donald Trump. “Ginger” started this project with no particular political alliance between Trump or Clinton, but by the time he was done researching the candidate and meticulously working on every square inch of his clay figure, he had become one of Trump’s most outspoken critics.

The statues were then placed in cities including New York, Los Angeles and San Francisco. The one in New York's Union Square was removed rather ingloriously:

The moment of law and order. pic.twitter.com/GS2BOWx1Yn