Accessories brand Lady Grey leveraged the power of election news to publicize a critical thank you note they claim they sent to Ivanka Trump. 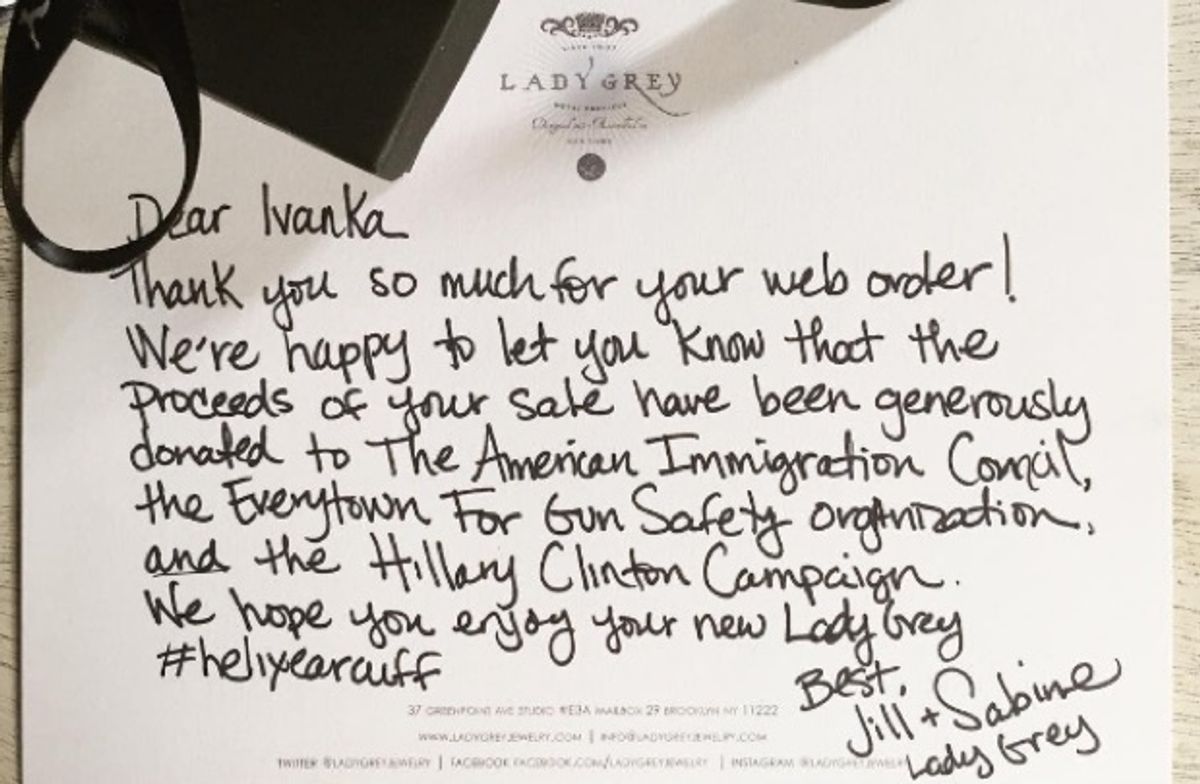 Thank you so much for your web order!

We're happy to let you know that the proceeds of your sale have been generously donated to The American Immigration Council, the Everytown For Gun Safety Organization, and the Hillary Clinton Campaign.

We hope you enjoy your new Lady Grey #helixearcuff

The two made their Instagram account private as of this morning, but have since made it public again. "The note was included in her package and shipped last week directly from our studio in Brooklyn," Martinelli told the Cut in an e-mail. "While we were flattered to receive an order from Ivanka Trump, our social and political views couldn't be further from those of the Trump campaign. When we received her order, we instantly felt compelled to take the money and donate it to a few organizations that were more aligned with our ideals." Presumably, Christie Brinkley is cheering somewhere.

Although some social media users left supportive messages Lady Grey's owners (and the postings did get the brand some media placements) not all social media commenters were impressed by the note: Much skepticism remains about whether Ivanka Trump really placed an order with Lady Grey (especially given the low $84 price tag of the ear cuff in question), or whether the whole thing was just a viral marketing ploy. Ivanka Trump hasn't addressed the controversy or confirmed she in fact placed any orders with Lady Grey.