The song "Smack My Bitch Up" came on as pitcher Aroldis Chapman was leaving the field. 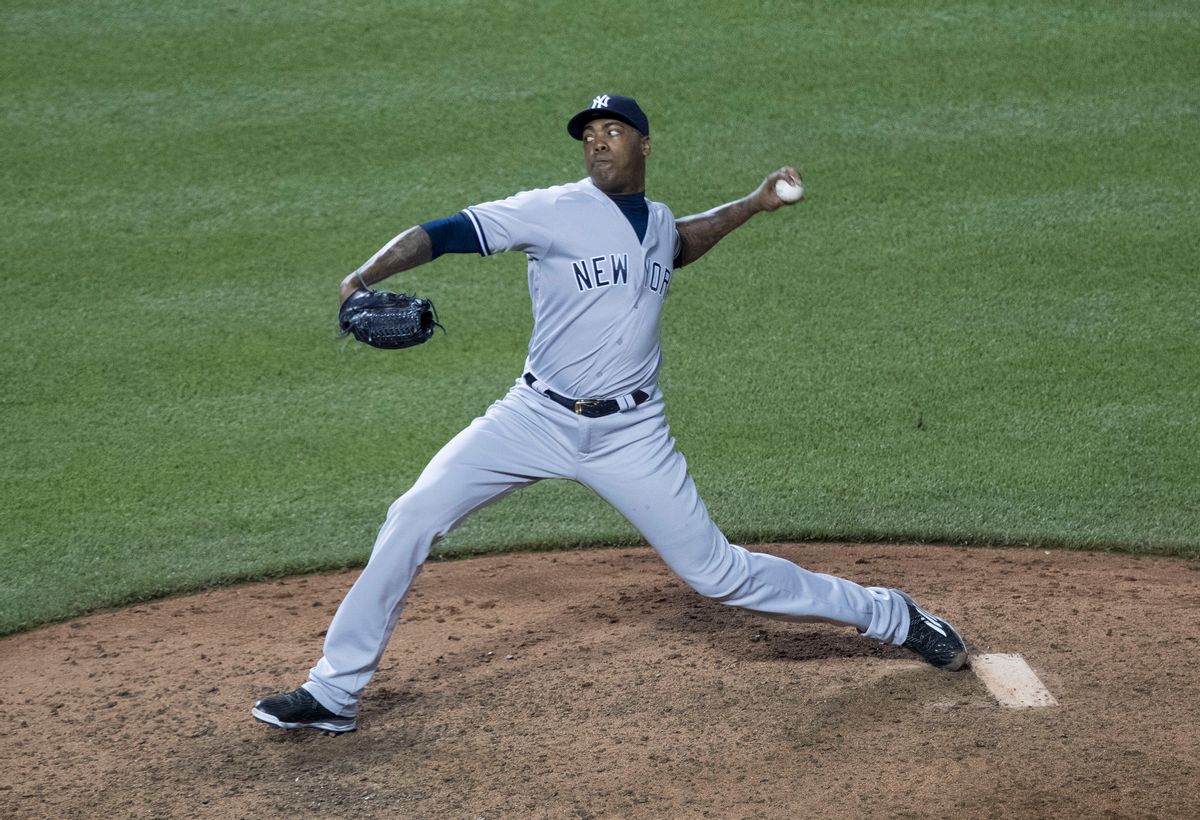 On 14 August 2016, Chicago Cubs reliever Aroldis Chapman was leaving the field when the Prodigy song "Smack My Bitch Up" came on over Wrigley Field's PA system. It isn't the first time there has been controversy around the Cubs' music choices:

In 2013, the team played a profanity-laden song, "Love Me" by Lil Wayne during a Cubs' batting practice. They removed it from their rotation after a Tribune story criticized the team's playlist, which came from one of the players. The team argued the profanities had been edited out.

The choice in music would likely have been questionable at any rate — it seems to glorify, or at least showcase, violence against women — but was made more controversial by the fact that Chapman has already served a 29-game suspension after the MBA's domestic violence policy:

Earlier this year, Chapman was accused of choking his girlfriend during a dispute at their Florida home and firing eight shots from a gun in the garage. After investigating the incident, authorities declined to file charges, citing conflicting and insufficient evidence, according to reports.

The lyrics to the song are simple, and it's possible that it was played because of one of the only other lines (Chapman is, after all, a pitcher):

Regardless of why it was played, the Cubs announced on 15 August 2016 that they have terminated their relationship with that particular employee:

We apologize for the irresponsible music selection during our game last night. The selection of this track showed a lack of judgment and sensitivity to an important issue. We have terminated our relationship with the employee responsible for making the selection and will be implementing stronger controls to review and approve music before public broadcast during our games.

The Cubs declined to release the name of the employee, who was one of two who worked the stadium's sound system.