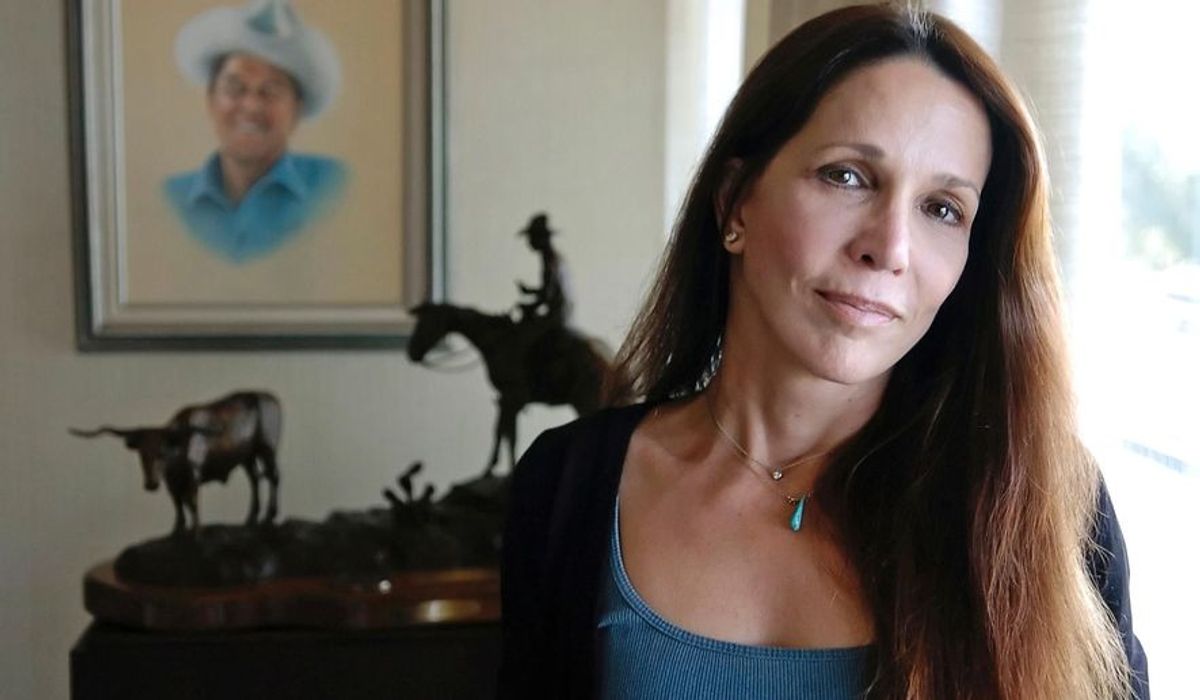 Speaking at an event in North Carolina, Trump made the remarks as part of a commentary about Clinton's potential effect on the Supreme Court:

On 10 August 2016, Davis published a public message to Trump on her Facebook page. Characterizing his comments as "glib" and "horrifying" — especially in light of the fact that her father was nearly killed at the beginning of his presidency by a mentally ill gunman — Davis opined:

To Donald Trump: I am the daughter of a man who was shot by someone who got his inspiration from a movie, someone who believed if he killed the President the actress from that movie would notice him. Your glib and horrifying comment about "Second Amendment people" was heard around the world. It was heard by sane and decent people who shudder at your fondness for verbal violence. It was heard by your supporters, many of whom gleefully and angrily yell, "Lock her up!" at your rallies. It was heard by the person sitting alone in a room, locked in his own dark fantasies, who sees unbridled violence as a way to make his mark in the world, and is just looking for ideas. Yes, Mr. Trump, words matter. But then you know that, which makes this all even more horrifying.

Davis' comments attracted widespread attention on both Twitter and Facebook, where the short missive was shared thousands of times:

As the daughter of a leader who was assassinated, I find #Trump's comments distasteful, disturbing, dangerous. His words don't #LiveUp. #MLK

King's response traveled more widely, garnering tens of thousands of likes and shares on Twitter alone. Patti Davis didn't add any additional comment to her initial statement despite a groundswell of public support, but one friend posited it was "time for everyone to stand up, speak out, and shut this guy down, adding that Davis' "voice carries extra weight" and thanking her for "using it."