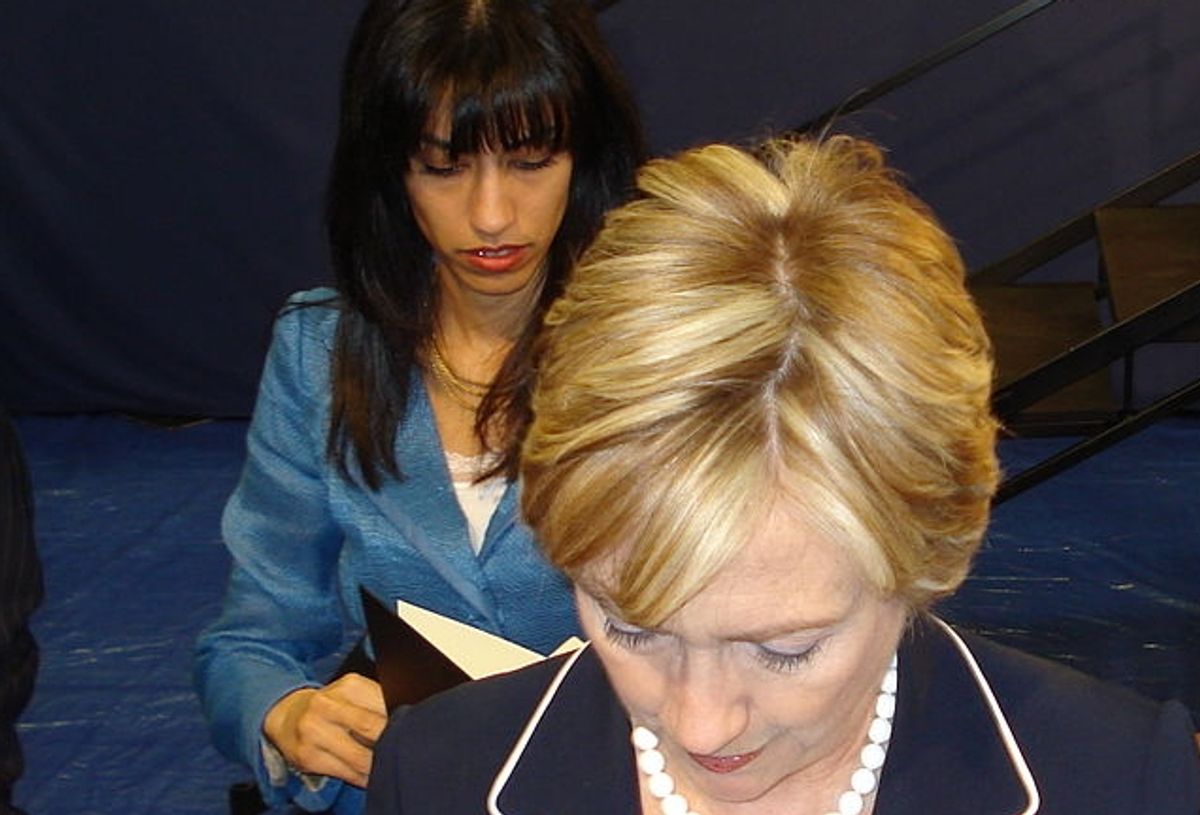 A trove of 296 pages of U.S. State Department records obtained and released by the conservative legal watchdog group Judicial Watch includes 44 previously unreleased e-mails from the first three months of Hillary Clinton's tenure as secretary of state in which the interests of Clinton Foundation donors were discussed.

As the New York Times reports, the heavily redacted e-mails raise concerns that the Clinton family's nonprofit charity sought State Department access and influence for some of its donors and associates:

In one e-mail exchange, for instance, an executive at the Clinton Foundation in 2009 sought to put a billionaire donor in touch with the United States ambassador to Lebanon because of the donor's interests there.

In another e-mail, the foundation appeared to push aides to Mrs. Clinton to help find a job for a foundation associate. Her aides indicated that the department was working on the request.

The "billionaire donor" referenced above is Gilbert Chagoury, on whose behalf Clinton Global Initiative executive Douglas J. Band e-mailed Clinton aides Cheryl Mills and Huma Abedin with a request to connect him to U.S. Ambassador Jeffrey Feltman, according to Judicial Watch:

Included in the new document production is a 2009 email in which Band directs Abedin and Mills to put Lebanese-Nigerian billionaire and Clinton Foundation donor Gilbert Chagoury in touch with the State Department’s “substance person” on Lebanon. Band notes that Chagoury is “key guy there [Lebanon] and to us,” and insists that Abedin call Amb. Jeffrey Feltman to connect him to Chagoury.

Chagoury is a close friend of former President Bill Clinton and a top donor to the Clinton Foundation. He has appeared near the top of the Foundation’s donor list as a $1 million to $5 million contributor, according to foundation documents. He also pledged $1 billion to the Clinton Global Initiative. According to a 2010 investigation by PBS Frontline, Chagoury was convicted in 2000 in Switzerland for laundering money from Nigeria, but agreed to a plea deal and repaid $66 million to the Nigerian government.

A Judicial Watch press release charges that the newly released e-mails "appear to contradict statements by Clinton that, 'as far as she knew,' all of her government emails were turned over to the State Department," and that "Clinton’s top aides’ favors for and interactions with the Clinton Foundation seem in violation of the ethics agreements that Hillary Clinton agreed to in order to be appointed and confirmed as Secretary of State."

Neither of these emails involve the Secretary or relate to the Foundation’s work. They are communications between her aides and the President’s personal aide, and indeed the recommendation was for one of the Secretary’s former staffers who was not employed by the Foundation.

The Clinton Foundation has yet to comment on the Judicial Watch document release.