A visitor at SeaWorld Orlando got a little too close to the dolphin tank while taking a snapshot with her iPad. 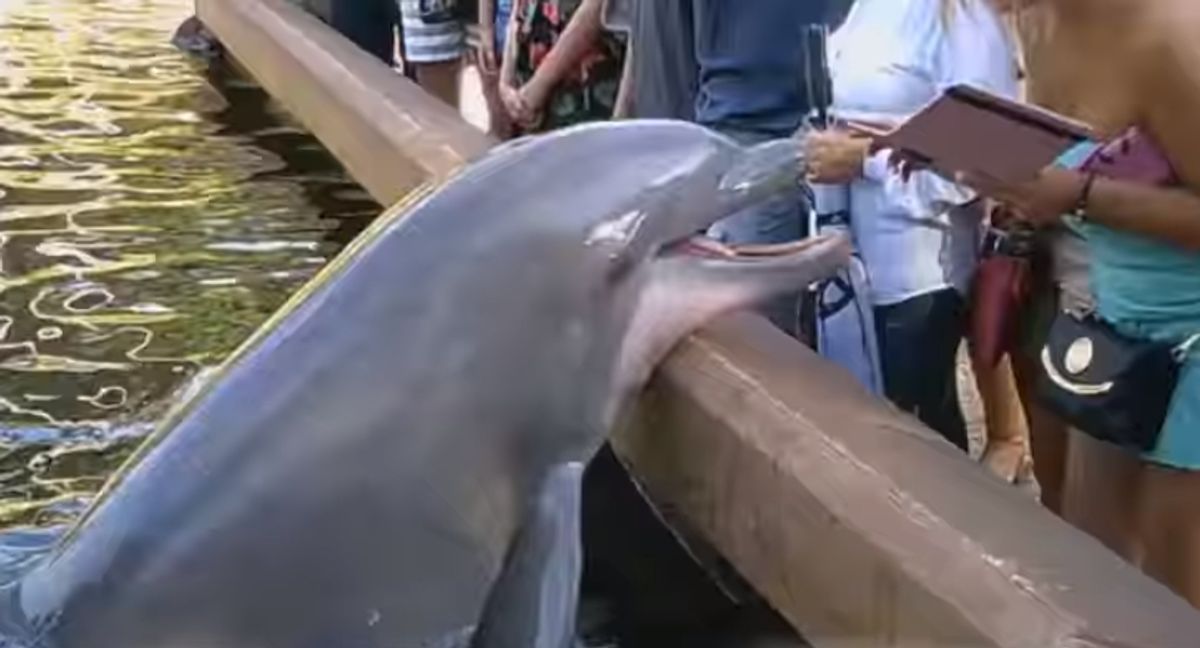 A visitor at SeaWorld Orlando in Florida was taken by surprise on 7 August 2016, when a dolphin lunged out of the tank and grabbed the iPad she had been using to snap photos.

A video taken by another guest standing near the iPad's owner shows the dolphin taking the device in its teeth and ripping it out of her hands before releasing it briefly in the water, where she was able to retrieve it — though no doubt a dip in the salt-water pool was enough to damage it beyond the ability of the folks at Apple's Genius Bar to repair.

As noted in coverage by Orlando CBS affiliate WKMG-TV, a voice could be heard over a park loudspeaker after the incident saying, "As you can see, the dolphins can reach your loose items." The iPad's owner did not appear to be amused.