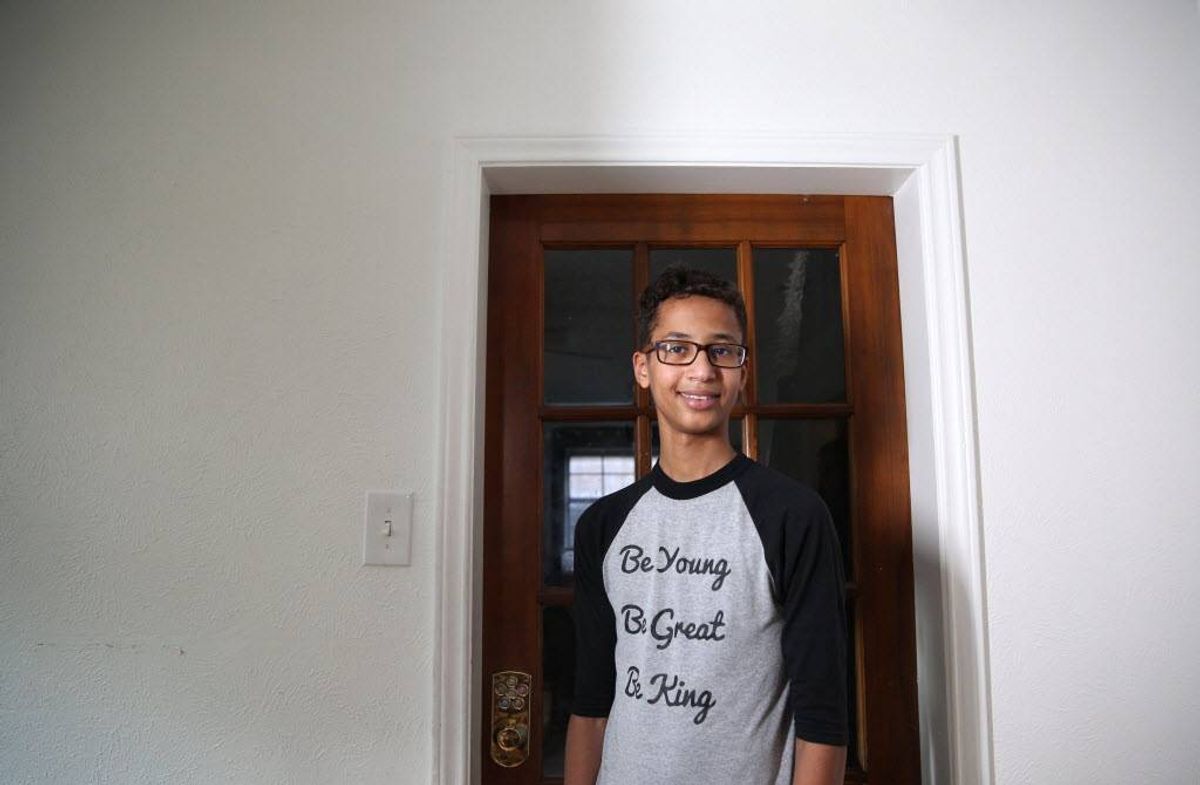 Image Via The Dallas Morning News

In September 2015, ninth grade student Ahmed Mohamed brought a clock to class that he had put together at home.  The Dallas-area school discovered the clock when it "beeped," according to news reports, and when he showed the device to his English teacher, somebody at the school called police and reported that a student had brought a bomb onto campus.

Police arrived and handcuffed the teen, charging him with bringing a hoax bomb to school:

"They took me to a room filled with five officers," he said. “They interrogated me, and searched through my stuff and took my tablet and my invention."

Charges against him were later dropped, but he was still suspended from school.  His family is now suing the Irving Independent School District, the city of Irving, and the principal of MacArthur High School:

Citing threats in the U.S., the family moved to Qatar so that Ahmed could finish high school on a scholarship funded by the country's royal family, although the teen has returned to the U.S. for an extended visit:

“He miss[es] Texas, and he miss[es] Irving,” said Aldean Mohamed, the teen’s uncle. After catching up with family in Irving, he has events lined up with some of the tech companies that latched onto his celebrity in 2015.

Ahmed said he hopes to eventually help the world through technology.