10-year-old Caleb Schwab died on the Verrückt slide at the Schlitterbahn water park. 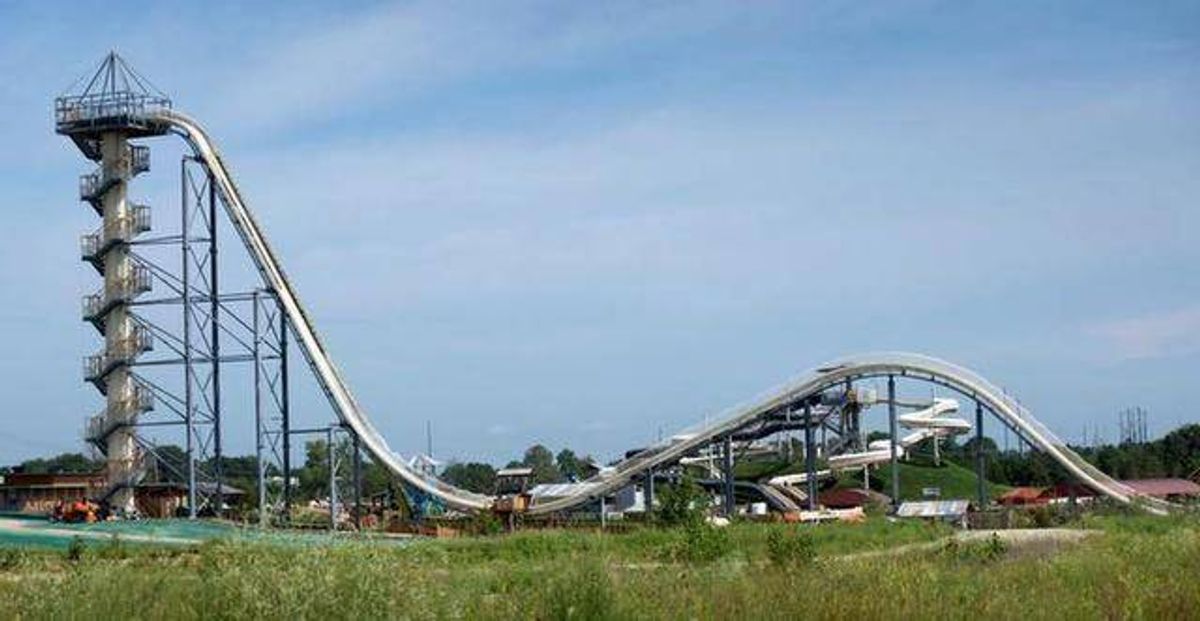 A ten-year-old boy was killed on the world's tallest waterslide in August 2016, and the Associated Press reports that the child was decapitated.

The report comes amid findings that the state had not inspected the water park since it was opened in 2014:

Responsibility for inspecting Schlitterbahn water park rests primarily with its owners, not any state or federal agency. Schlitterbahn officials say they inspect the ride every day. Verrückt, the world's tallest water slide, also gets checked by a certified inspector at least once a year.

But Schlitterbahn is not required to routinely forward that professional inspector’s report, commissioned by the water park, to overseers in Topeka. Rather, it’s kept on file in case of an audit.

It’s a pattern repeated across the country, where the federal government has been removed from amusement park safety, substituted by rules that vary from state to state and that industry critics say don’t ensure robust regulation.

Previously, the park's communications director, Winter Prosapio, said the slide, called Verrückt, would be closed during an investigation:

The victim, Caleb Schwab, was the son of Kansas Rep. Scott Schwab.  The family's pastor issued a statement on their behalf:

Michele and I want to thank the Olathe and Kansas City, KS communities and all our friends and family for their outpouring of support and compassion as it relates to the sudden loss of our son, Caleb Thomas Schwab.

Since the day he was born, he brought abundant joy to our family and all those who he came in contact with. As we try and mend our home with him no longer with us, we are comforted knowing he believed in his Savior, Jesus, and they are forever together now. We will see him another day.

Your continued prayers are welcome and appreciated. We appreciate your understanding of our family’s need for privacy during this difficult time of grieving.

The other two adults riding with Caleb were treated for facial injuries. The AP reports two park visitors who rode the slide over the past year said safety harnesses came loose during the ride. The nylon straps are held in place by Velcro as opposed to buckles.

The Verrückt waterslide drops riders 168 feet, and the rafts can reach speeds up to 60 to 70 mph.