French police said the evacuation alert was based on a false alarm, reportedly about the finding of a "suspicious package." 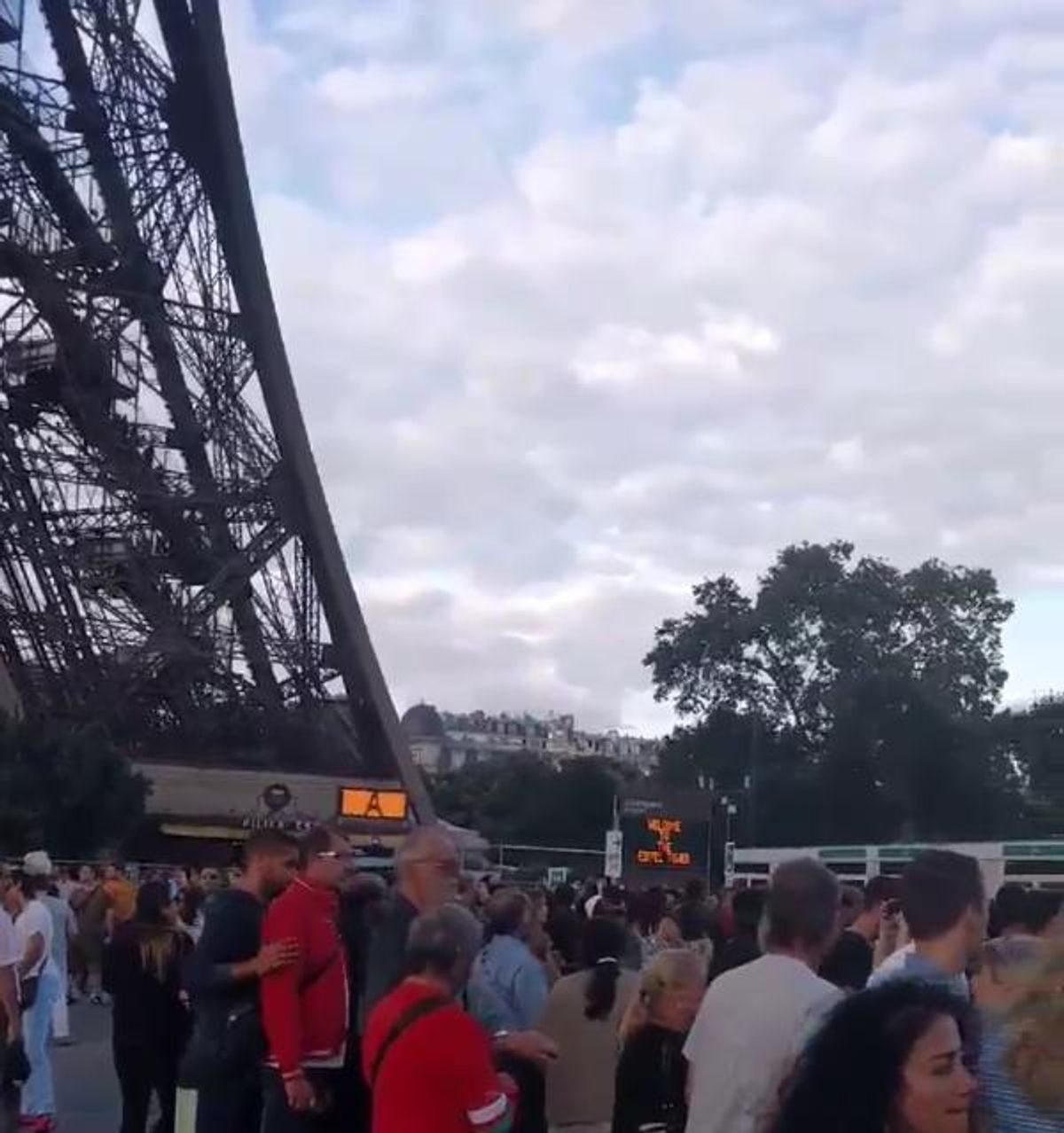 The iconic Eiffel Tower in Paris was evacuated Friday night (5 August 2016), then French police said it was a false alarm (reportedly triggered by a "suspicious package") according to Reuters and other news accounts:

Eyewitnesses said that police and military forces were "all over the place" after the incident.

The reason for the evacuation is not yet known but some people at the scene reported that a “suspicious” package was the cause.

Police later confirmed that the evacuation was a false alarm.

Armed police and soldiers searched tourists and had cordoned off the area. Witnesses posted a series of images and videos on social media.

Eiffel tower being evacuated. Not sure what's up. #cnnireport pic.twitter.com/4Kff1PhJrH

#Paris #EiffelTower #Evacuation still no update but nurses have been seen entering the blocked off area pic.twitter.com/zvIgHh5ou3

?‼️ #France: The #EiffelTower in #Paris was evacuated a few minutes ago. The cause is not known. pic.twitter.com/h3YQtwPQwH