Video of a campaign speech supposedly captures Hillary Clinton surprisingly saying that she is going to raise taxes on the middle class. 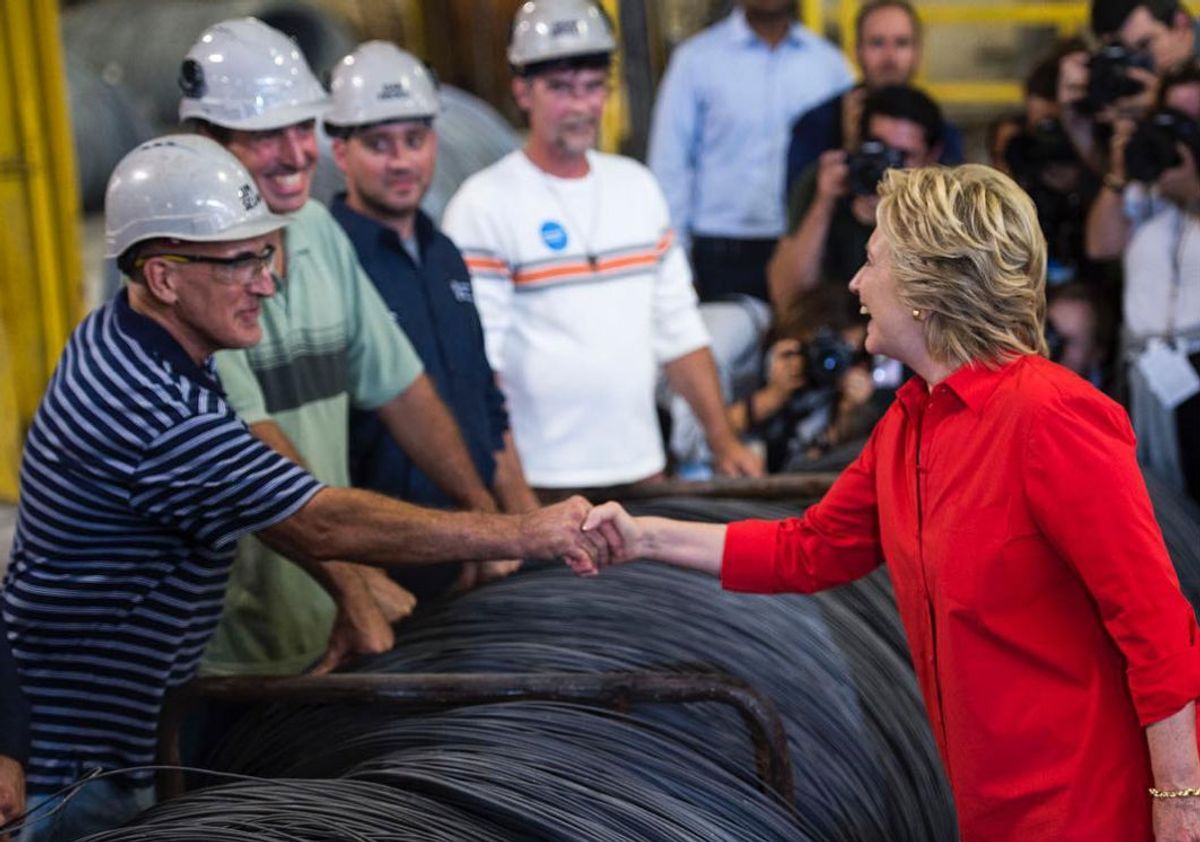 Hillary Clinton called for raising taxes on the “middle class” while campaigning in Omaha, NE. Joined by left-wing Democrat billionaire Warren Buffett, she received applause from those in attendance.

“Because while Warren is standing up for a fairer tax code, Trump wants to cut taxes for the super-rich,” said Clinton. “Well, we’re not going there, my friends. I’m telling you, right now — we’re going to write fairer rules for the middle class and we are going to raise taxes on the middle class!”

Social media users sharing this video offered it as evidence that Clinton had actually promised to raise taxes on "the middle class but not the rich," that she had changed her tax platform, and/or that she had let loose with a Freudian slip and accidentally revealed the truth of what she was really thinking.

Some viewers defended Clinton by saying that the clip had been edited, but it was not. The footage was taken from a speech Clinton delivered during a campaign stop in Omaha, Nebraska, on 1 August 2016:

Given the context of her statement and the audience's positive reaction to it, it appears that Clinton actually said "we aren't going to raise taxes on the middle class," but either she didn't fully enunciate the ending of the word "aren't" or the word didn't come through clearly on the audio recording (or both). Worst case, she simply misspoke and said "are" when she meant "aren't," because she has not announced any changes to her tax platform or said on any other occasion that she plans to raise taxes on the middle class and not the wealthy.

Shortly before the portion of her speech captured in the viral video, Clinton said that raising taxes on the wealthy would serve as the foundation for future investments:

"We're going to use [Warren Buffett] and his ideas about how we're going to tax the wealthy more as the real foundation of making the investments in America that will help everybody. I'm told that Donald Trump stays glued to the TV set so I hope he heard Warren. You know, there's always time for a conversion. Because while Warren is standing up for a fairer tax code, Trump wants to cut taxes for the super rich. Well, we're not going there my friends ..."

That platform of closing tax loopholes for the wealthy and providing tax relief to working families is also outlined on her campaign web site:

Restore basic fairness to our tax code. Hillary will implement a “fair share surcharge” on multi-millionaires and billionaires and fight for measures like the Buffett Rule to ensure the wealthiest Americans do not pay a lower tax rate than hardworking middle-class families. She’ll close loopholes that create a private tax system for the most fortunate, and she’ll ensure multi-million-dollar estates are paying their fair share of taxes.

Provide tax relief to working families from the rising costs they face. For too many years, middle-class families have been squeezed by rising costs for everything from child care to health care to affording college. Hillary will offer relief from these rising costs, including tax relief for Americans facing excessive out-of-pocket health care costs and for those caring for an ill or elderly family member.

A transcript of Clinton's speech stated that she said "we aren't going to raise taxes on the middle class."