The animal used its trunk to pick up and throw a large stone, hitting her in the head. 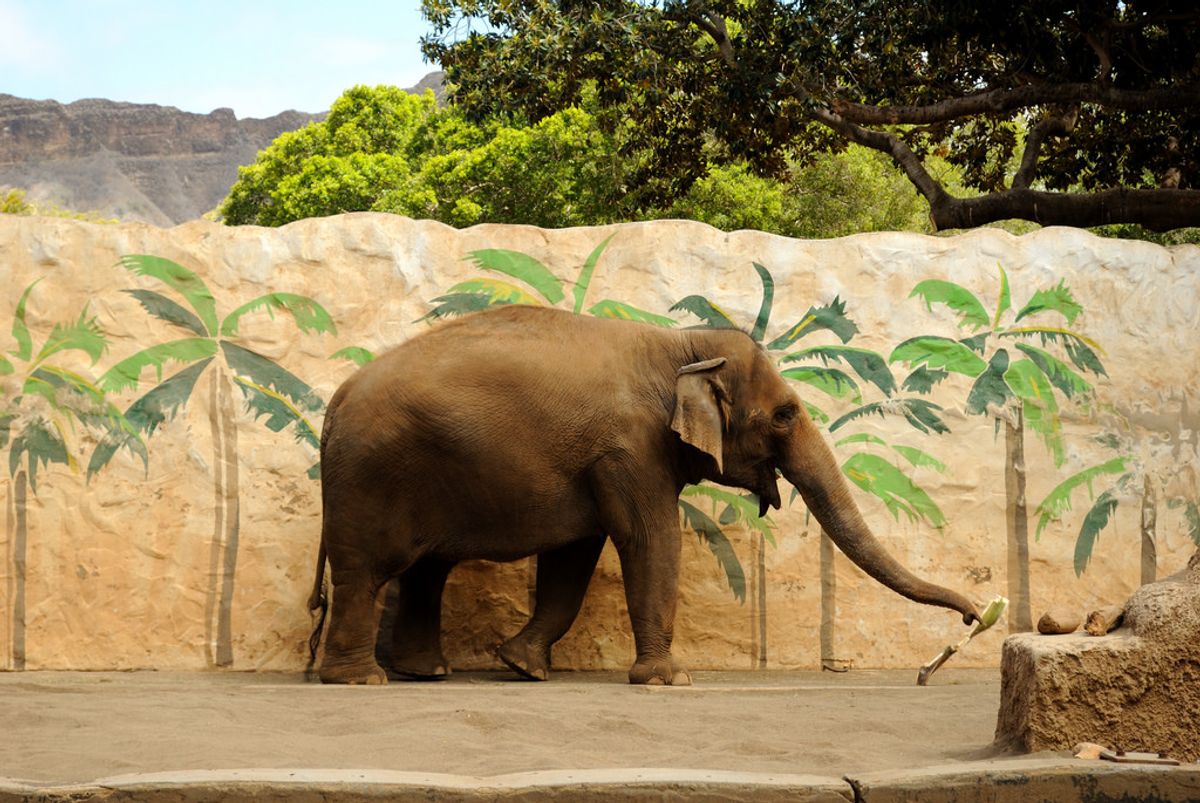 A seven-year-old girl died after an elephant used its trunk to toss a rock at her from its enclosure at Morocco's Rabat Zoo. The girl was apparently sitting on her father's shoulders watching the animals when one of them picked up a stone and threw it over the fence and ditch.

A statement from the zoo emphasized that the enclosure satisfied international safety requirements, and pointed out that similar incidents had taken place recently in the United States (in French):

This tragic event occurred when the animal ejected a projectile through and beyond the guardrails and ditches that separate animals and visitors, meeting international standards required.

This kind of accident is rare, unpredictable and unusual. Accidents of similar nature have occurred in zoos all over the world; most recently, Disney World Orlando and the Cincinnati Zoo in the United States.

In May 2016, Harambe the gorilla was shot and killed when a little boy fell into its enclosure at the Cincinnati Zoo, and in June 2016, a toddler was dragged into the water and killed by an alligator at the Grand Floridian Resort's Seven Seas Lagoon.

Phyllis Lee, the Amboseli Trust for Elephants' Scientific Director, told the BBC that the animal was very probably not targeting the girl or anybody in particular:

It can happen when elephants are frustrated or bored. In my opinion, it's unlikely the elephant was directly targeting the girl - but exhibiting frustration. You can't predict what animals in captivity will do.

Bystanders tried to help the child, but she later died at a nearby hospital.