A decades-old, gigantic lobster named Larry slated to be eaten was shipped to a Maine aquarium, but was dead on arrival. 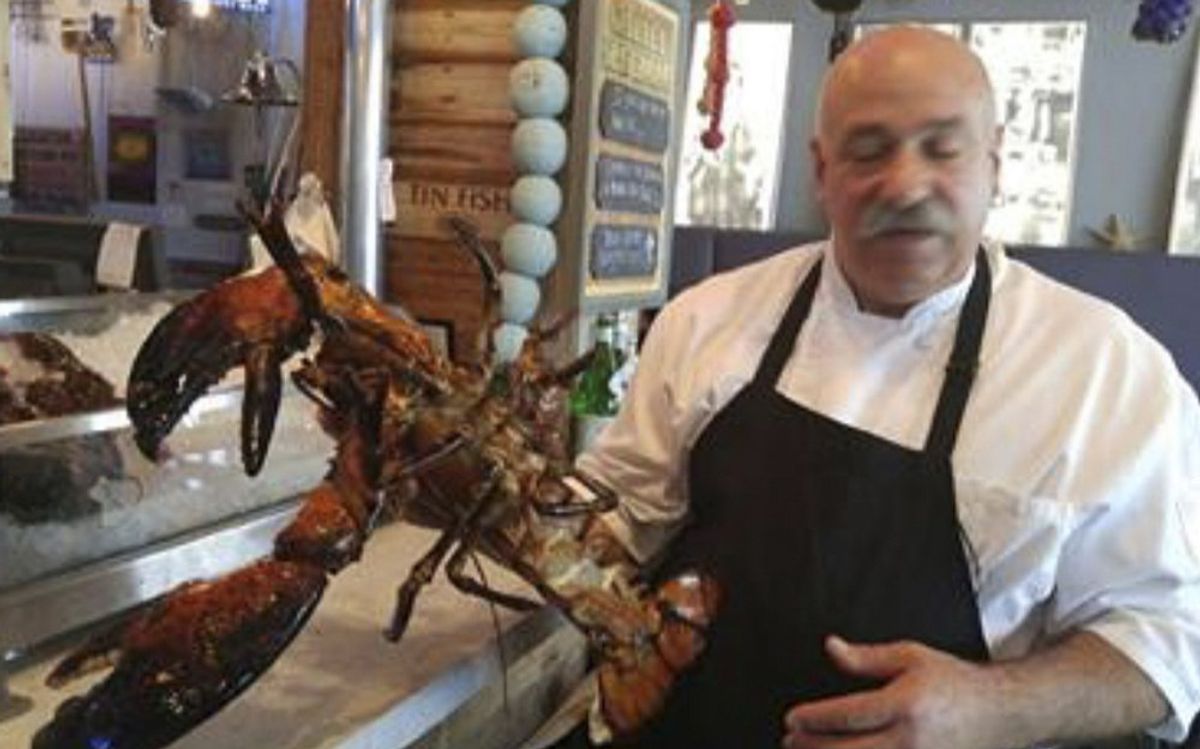 Larry the Lobster is now history.

The 15-pound, 80-something year-old lobster was supposed to be someone's dinner, but was rescued from the Tin Fish restaurant by Florida animal rights activists in late July 2016:

...Rossi and his friends packed up Larry, named after the lifeguard lobster in “SpongeBob Squarepants,” in a box with cold packs and a frozen towel at Sunrise’s Tin Fish restaurant. They had made arrangements for the Maine State Aquarium to take Larry so he could live out his final days in peace.

Tin Fish founder and former lobster fisherman Joe Melluso helped the rescuers pack Larry. Melluso bought the lobster from his seafood distributor and had been planning on serving him for dinner until Rossi intervened.

Larry made it to the Maine State Aquarium in one piece, but was, unfortunately, dead on arrival.  As it turns out, shipping it was supposed to only take a day or so. Instead, it took more than a week to get it there, in part because FedEx initially refused to accept the lobster in a leaky container:

Larry was packed in a Styrofoam clamshell with seaweed and frozen gel packs intended to keep him cold. The Styrofoam package was then put in another box, providing extra cushioning and protection from leakage. iRescue did not respond to questions about the shipping cost.

The packaging method has worked in the past for others who have shipped live lobsters to the aquarium, Nichols said. But when staffers opened the box Wednesday around noon, they found a motionless crustacean and broken gel packs.

Unsure whether Larry was dead or alive, a staffer touched the lobster’s eye, but found it dry and unresponsive.

“This lobster had a bit of a, you know, circuitous route from its origin,” Nichols said. “You need to really surround it in gel packs. This container really only had three.”

The lobster was also initially put on freshwater ice, as well, which may have contributed to its demise.