What Happened to Marina Joyce?

Fans using the hashtag #savemarinajoyce express fear for the YouTube star over her disturbing appearances in recent videos. 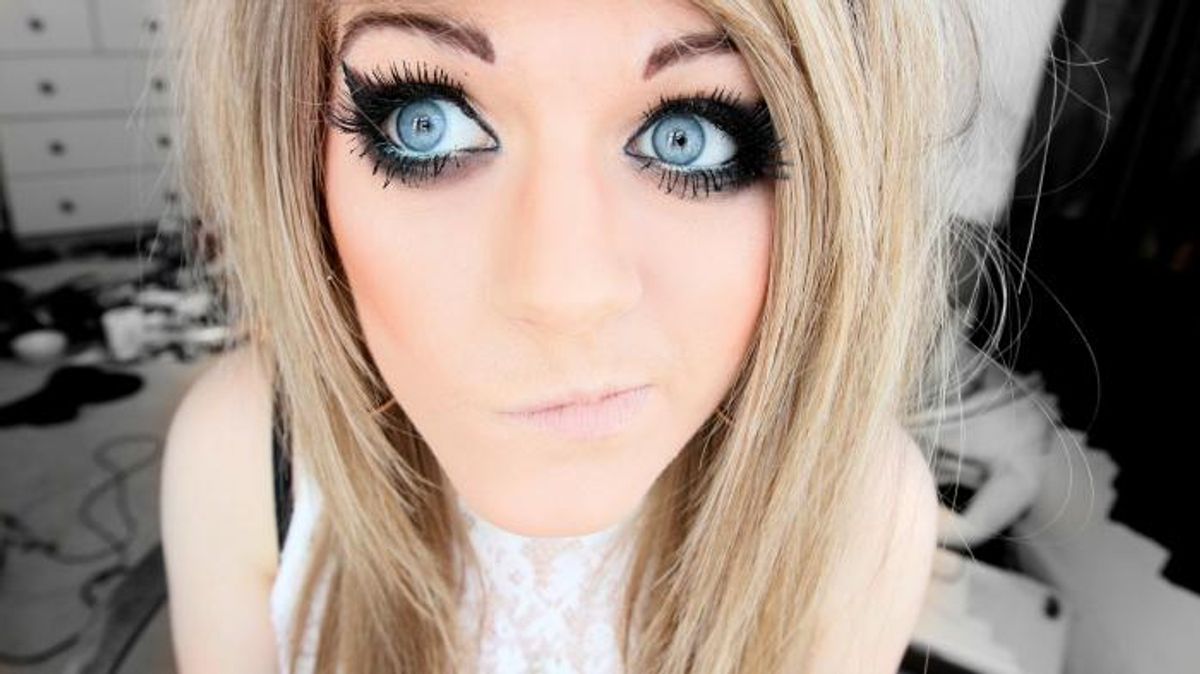 Many netizens have expressed profound concern British fashionista vlogger Marina Joyce, who posted a video titled “Date Outfit Ideas” on 22 July 2016 in which she apparently whispered “save me” at the very beginning of the clip:

One of her fans published a very long post on JustPaste.It, breaking down the “Date Outfit Ideas” video moment and positing Marina is in some form of peril — with possibilities ranging from having been kidnapped to having overdosed on drugs — and is attempting to send a subtle cry for help:

i have the feeling, along with many other people, that someone is forcing marina to make these videos (most likely her boyfriend, but it is possible that she could have been kidnapped.) or she's overdosing on drugs. her eyes keep trailing off behind the camera and her body language makes her seem incredibly uncomfortable. almost like she's repeating what someone else is doing. she can barely stand still, she's shaking, and her body appears stiff and wobbly.

as a lot of other people are pointing out in her "date outfit ideas" video, at 0:08 you can see a piece of paper in the left corner, which has the possibility to be a script, you can hear a faint "help me" at 0:13, at 0:15 you can clearly see somebody's finger to the left of the screen telling her where to go, at 1:04 you can see visible bruises on her arms, as well as on her back at 1:13. pay attention to her eyes at 1:08, look at how they look beyond the camera with the look of fear, and how she smiles after it — like she was being told to. everything starting from 1:22-1:31 looks extremely forced, and if your speakers/headphones are loud enough, you can hear breathing at 0:53-0:57

The hashtag #savemarinajoyce became one of the top trends on Twitter, with most commentators deeming the "drug overdose" theory to be the mostly likely one based on Joyce's seeming personality change and faraway look:

Ok it's about time someone checked on this Marina Joyce girl whatever it is abuse/drugs she clearly needs some kind of help...

Watched Marina Joyce's YouTube videos and I wish I could unsee them. Girl's clearly on drugs but her behaviour hints more towards abuse — Nina (@TheNinaJC) July 26, 2016

Daz_Black's tweet reporting that he'd spoken with Marina Joyce and that she was not in any danger was met with skepticism:

@daz_black then explain why theres a gun in the background of the one video and why are there bruises all over her body? We're concerned.

The last word from Marina on Twitter was an invitation to join her at 6:30 AM at Bethnal Green, but Daz_Black issued a cryptic warning for the public to stay away and "let police handle this":

Meet me Bethnal Green at 6:30am if you would like to join partying with me at that event ^-^ bring a friend so you dont get lost — Marina Rose Joyce (@MarinaJoyce7) July 26, 2016

Please do not go to Marinas meet up! Stay well clear and do not got to this meet up. Let police handle this.

The JustPaste.It poster was even more vehement:

DO NOT GO TO THE PARTY. PLEASE. Marina's twitter account (which Marina probably does not have control over) has tweeted about a party. Do NOT go. There have been reports of shootings in the location.

On 27 July 2016, police in the UK issued the following statement regarding Marina Joyce's wellbeing: