Video Shows the Empire State Building Get Struck by Lightning

As a thunderstorm hit New York City, a photographer grabbed a nifty timelapse image of lightning around the iconic Empire State Building. 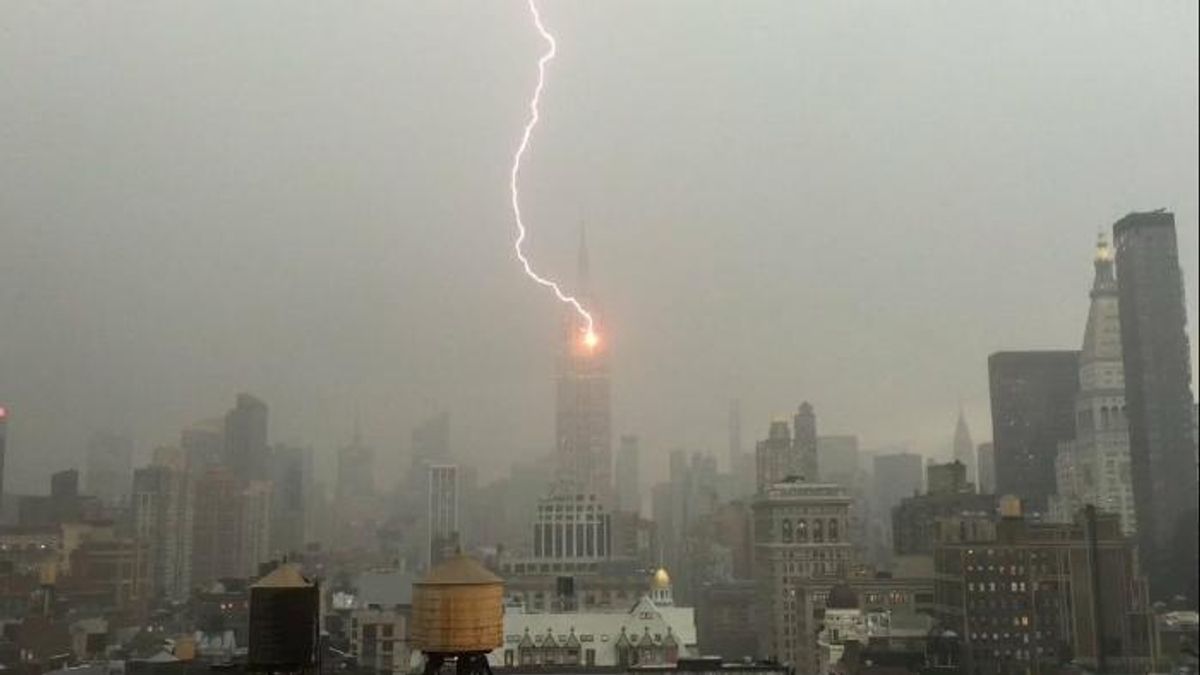 A thunderstorm that hit New York City on the evening of 25 July 2016 was notable for its sound and fury (or, at least, its thunder and lightning). It's not so rare to Midtown's iconic Empire State Building hit by lightning (it typically happens a couple of dozen times per year), but in this case Henrik Moltke of the Intercept captured a nifty timelapse image of a bolt of lightning striking (at or near) the edifice: