The shooting took place at the Olympia-Einkaufszentrum mall in Munich's Moosach district. 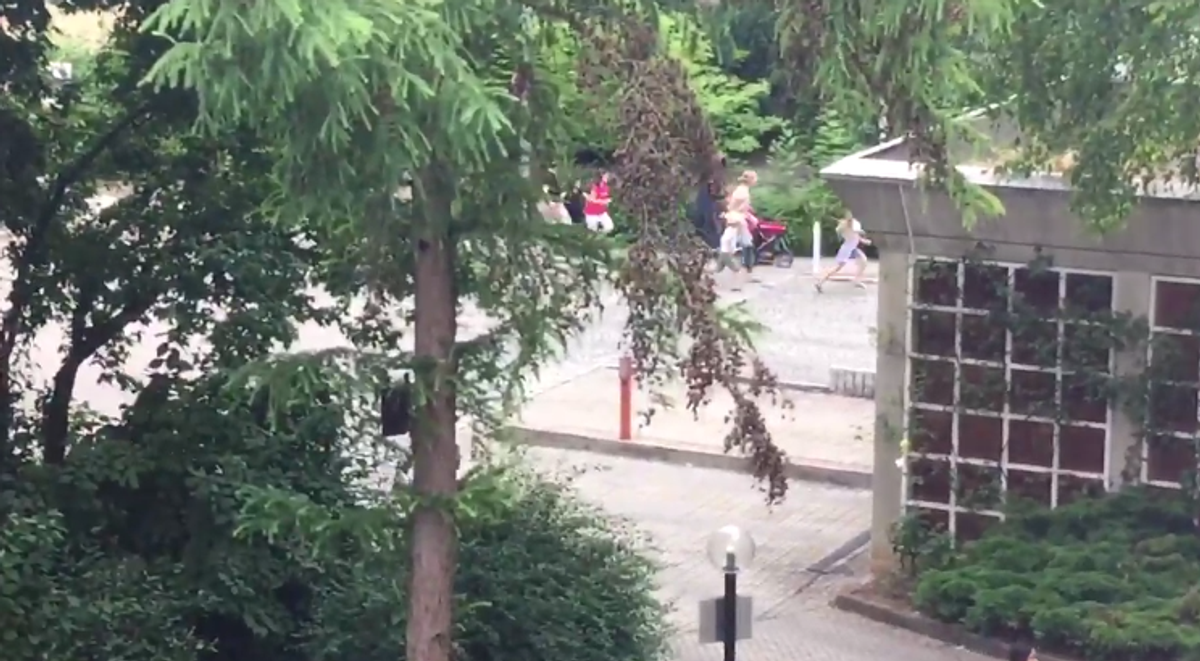 Several people were killed in a mass shooting at a shopping mall in Munich, Germany, and a major manhunt is underway:

We are verifying the possibility of one dead person being involved in the shooting, #München, #oez, #Schießerei

Law enforcement surrounded the mall in large numbers, and police are telling residents to stay indoors:

(Translation: "Location on #OEZ with #shootout is currently still unclear. There were several injured. We will update when we have more information.") Public transport has suspended throughout the city as the search continues for the attackers.

Police are now describing it as "an acute terror situation". They say the first reports of a shooting in Hanauer Street came in just before 18:00 (16:00 GMT).

The Bavarian capital's central railway station has been evacuated.

People stranded by the emergency and unable to get home are being offered shelter by locals. The initiative was launched with the Twitter hashtag #Offenetür (open door).

Officials have been on high alert in Germany since a teenager armed with a knife and an axe stabbed five people on a train in northern Bavaria earlier in the week.  He wounded three people seriously before he was shot and killed by police.