A Colorado Papa John's customer reported that the restaurant dispatched a pizza box upon which an offensive racial epithet was printed. 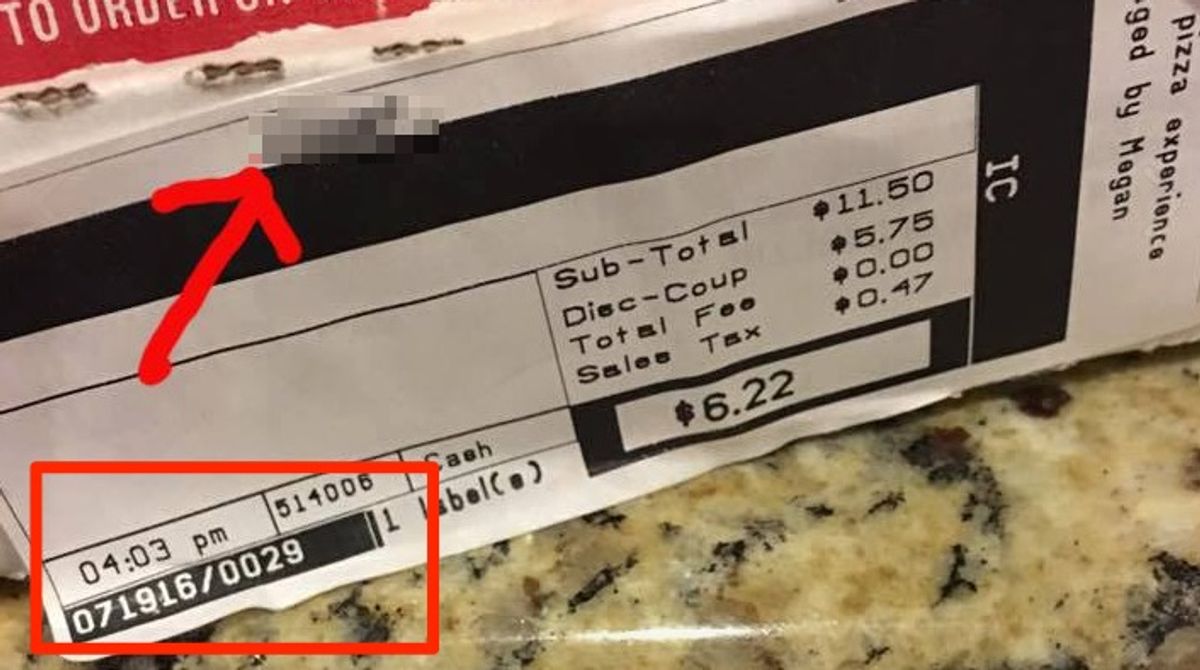 On 20 July 2016 Facebook user Jeff Fard shared a picture of a Papa John's pizza box bearing a receipt label that had the word "nigger" visibly printed upon it:

Fard said that a young black Papa John's customer in Colorado had received a pizza in the pictured box:

As seen in the above-reproduced image, the label receipt bore a timestamp as well as a date of 19 July 2016. Fard didn't say he was a party to the purported incident, and hovering over the image on Facebook intermittently leads to overlay text suggesting that the photograph he posted came from the popular image-sharing web site Imgur. (We were unable to locate the image on that site.)

Fard requested commenters and sharers contact Papa John's corporate offices about the incident. Shortly after the post began circulating online, users shared screenshots of a reply received from Papa John's about the issue. That reply acknowledged the incident and stated that it was something of a joke between two high school friends (but noted that they had fired the employee involved nonetheless): We have spoken with the customer and apologized for this incident. The former-employee that created this offensive label was African-American and claims that he knew the person ordering the pizza from high-school. We unequivocally do not condone this behavior and have terminated his employment.

The same message was posted in response to comments left on Papa John's Facebook page:

According to Papa John's multiple identical responses, the employee responsible for the offensive slur was himself black and maintained he knew the customer personally. It's not clear whether that was the case and the recipient knowingly shared being in on the joke, if the recipient was unaware the label was created by a friend and therefore publicly shared the picture himself in disgust, if the photograph escaped into the wild without the customer's complaining and was possibly mistaken for a hostile act by strangers unaware of its context, or if the explanation didn't wash at all and was provided as an excuse by the employee or the chain. In any event, Papa John's has asserted the employee in question was fired within hours of the photograph's beginning to circulate on social media.