Another entry in dueling partisan contentions about who plagiarized whom first and worst holds that Barack Obama lifted a few lines from Deval Patrick in 2008. 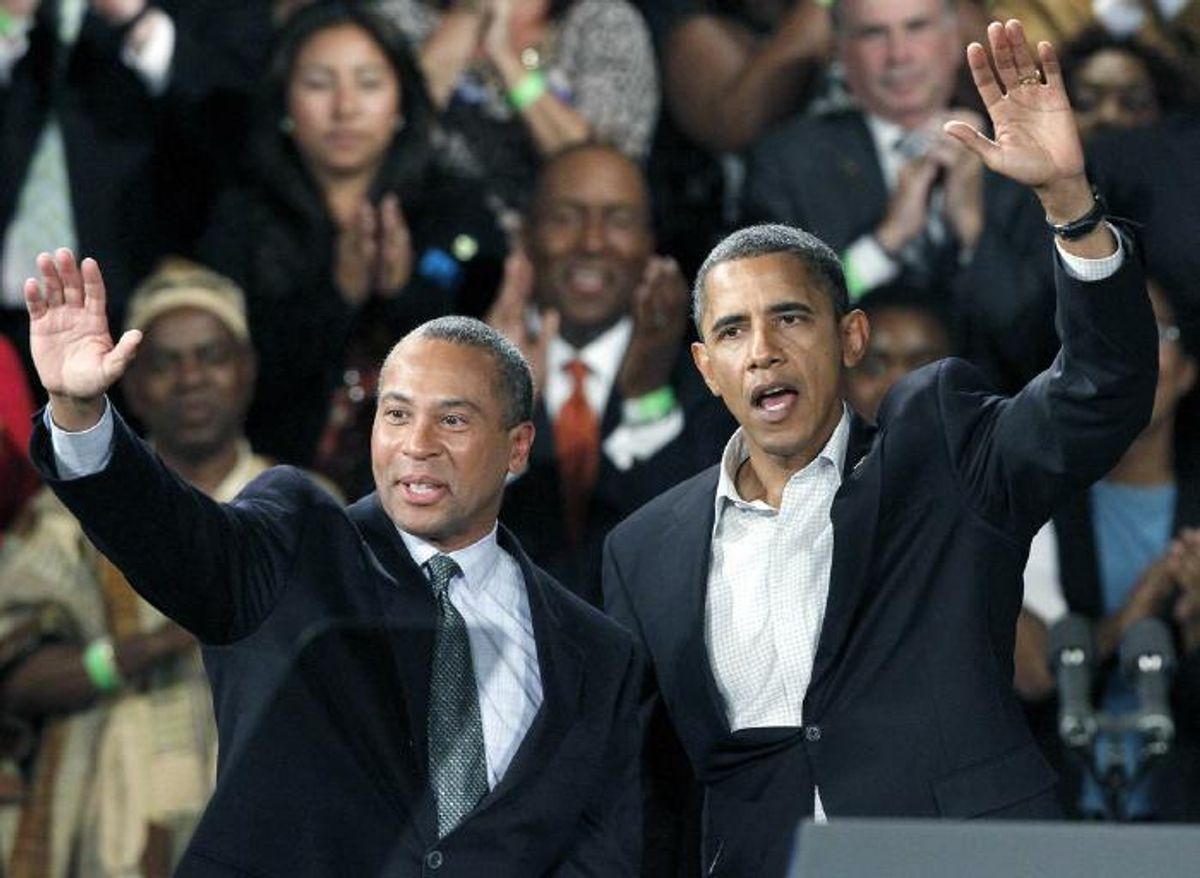 After the brouhaha that erupted over similarities between the speech Melania Trump delivered at the Republican National Convention in 2016 and the one Michelle Obama gave at the Democratic National Convention in 2008, equal-opportunity critics began scouring for instances of plagiarism by the Obamas (which included some very weak claims about Michelle's having supposedly ripped off Saul Alinsky or Stephen R. Covey in her own speech.

The one example of uncredited Democratic copying most often trotted out in the aftermath of Melania's RNC address came from early 2008, when then-Senator Barack Obama, who was campaigning against Hillary Clinton for the Democratic presidential nomination, was accused of lifting a few lines from a 2006 speech by Deval Patrick, then the governor of Massachusetts:

Obama’s speech sounded similar to a speech given by Patrick in his 2006 campaign for governor, according to the video [of the speech).

Patrick used many of the same phrases in his speech.

As expected, Hillary Clinton's campaign staff was quick to accuse Obama of plagiarism for nicking a few lines from someone else's speech. Senator Obama maintained that he and Deval were friends and that Deval himself had suggested that he use the lines, while acknowledging that he should have given Deval credit nonetheless:

Sen. Barack Obama said that he doesn't think it's a big deal that he borrowed lines from his friend Massachusetts Gov. Deval Patrick, although he probably should have given him credit.

Obama said that Patrick suggested he use the lines to respond to Hillary Rodham Clinton's suggestion that Obama is more of a talker than a doer.

Clinton spokesman Howard Wolfson accused Obama of plagiarizing Patrick, and that's particularly troubling since Obama's appeal is based in large part on his rhetorical skills.

"Now hold on a second. Let's see — I've written two books, wrote most of my speeches," Obama told reporters at a news conference after touring a titanium plant.

"I'm happy to give Deval credit, as I give credit to a lot people for spurring all kinds of ideas," he said. "But I think that it is fair to say that everything that we've been doing in generating excitement and the interest that people have in the election is based on the core belief in me that we need change in America."

Asked whether he wished he would have given him credit given the criticism he's facing, Obama responded: "I was on the stump, and he had suggested that we use these lines. I thought they were good lines. I'm sure I should have — didn't this time."

Jack Shafer opined at the time in Slate that such similarities were unremarkable, given the closeness between Duval and Obama and their respective campaigns:

Patrick and Obama, who rely on the same campaign wizard, David Axelrod, have shared enough campaign rhetoric to be declared separated at birth ... As someone who has endorsed and advised Obama, Patrick occupies the position of a campaign volunteer or even a collaborator. Given the conventions of campaign oratory, I'd have a hard time diagnosing plagiarism on Obama's part — as opposed to poor form — unless Patrick alleged that his friend fleeced his words, which he hasn't and won't.

ABC News' Senior National Correspondent Jake Tapper expanded on that thought in his "Political Punch" blog, noting that Barack Obama and Deval Patrick had previously been sharing each other's words and had even acknowledged it upon occasion:

Obama was quoted using Patrick's language before the Summer of 2007.

It should also be noted that in addition to the "Yes We Can" slogan that Obama used in 2004, Patrick used in 2006, and Obama uses today, other language from the two clients of political guru David Axelrod has come from both men's mouths.