Just prior to an outbreak of violence against police in Baton Rouge, a Facebook page claimed employees at that city's Las Palmas restaurant spit in officers' drinks. 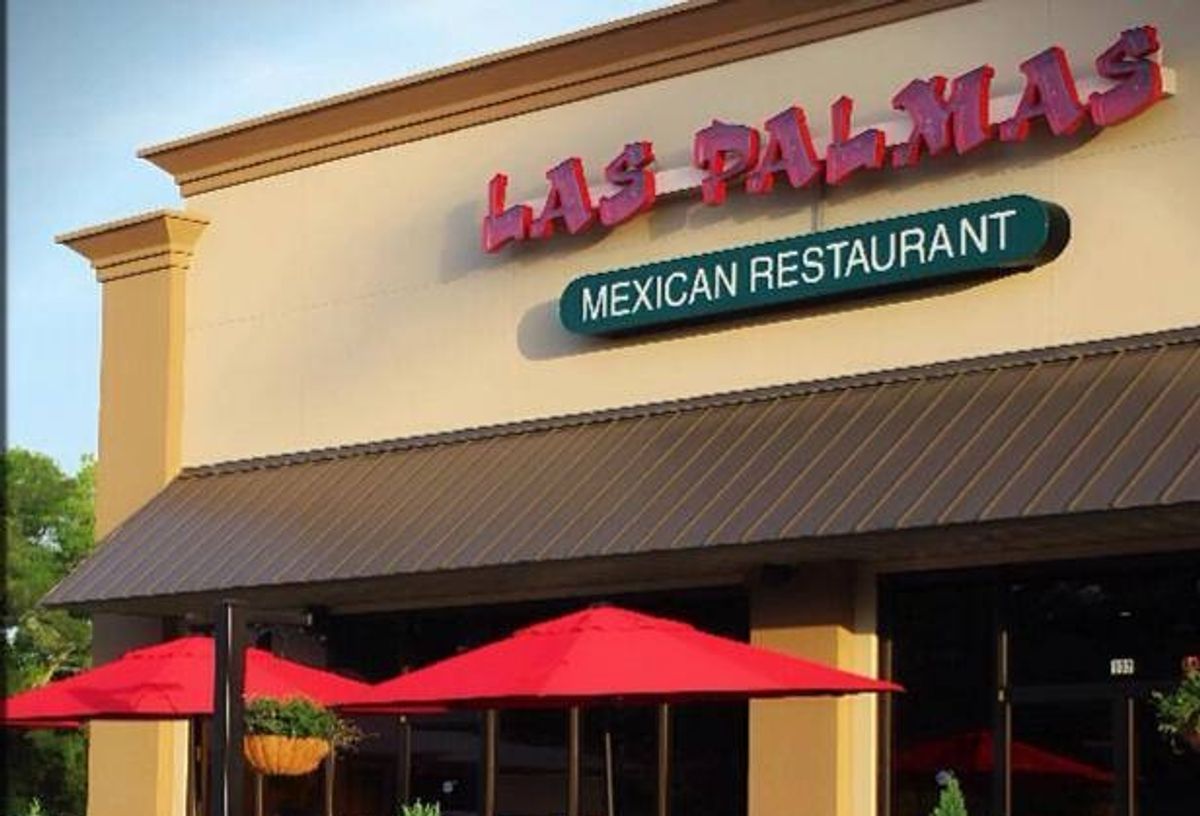 In July 2016, the Facebook page "Louisiana Law Enforcement Support" published a replacement status update in lieu of a prior one reporting that employees of the local Las Palmas Mexican restaurant had spit in the drinks of officers dining there:

Update: the original post is below, the link to the restaurant was removed by multiple requests to be able to share this with others but it still shows up when sharing. Apparently when sharing it only shared the actual restaurant.

Receiving multiple messages and thought we would share with our fellow officers and their families.

Today a group of LEO's in Baton Rouge dined in at Las Palmas on O' Neal Lane in Baton Rouge. When receiving their beverages it appeared as though an employee spit in their drinks.

Officers asked to speak to the manager on duty and were advised that they could not reveal who spit in their drinks.
Please use caution if you choose to dine at this establishment. It saddens us that these officers couldn't enjoy a simple meal and even worse that the manager acknowledged it happened but wouldn't reveal which employee performed the act.

In the original post the unnamed officers stated that "it appeared as though an employee" had spit in their drinks but implied that the incident had definitely occurred and that a manager on duty refused to identify the employee who did the spitting. A subsequent post on the same page included commentary from Las Palmas suggesting the "spit" in the drinks may have been undiluted sugar in iced tea:

They have posted this in response to the multiple reviews. I don't know about you, but I can tell the difference between sugar and spit. This has only added to the lengths of them trying to cover it up instead of addressing the problem and attempting to fix it.

Several other posters chimed in to dispute the story, claiming the owner has long "comped" first responders in the restaurant and such behavior from him was not likely:

I know who mr khalid is and he love policeman and firefighter and he always used to do so many comp on bills for them or for random people. As for waiters i only could assume he would only have those who are good for his business. Well like anything else the truth will come out.

Another commenter spoke to the issue of "tea vats" and the notoriously difficult process of diluting solid sugar (versus simple syrup) in cold tea:

It definitely wasn't spit. Though the bottom of the tea vat looks gross if not cleaned a few times a day, it's not going to hurt you if you drink it. I drank out of those exact vats for many years. Spit looking and all. It's just tea and sugar that has settled for too long. Making a slimy film.

A separate post from a different source involved what appeared to be a specific incident report issued among law enforcement officers in Baton Rouge. In that post, the incident in question was dated 15 July 2016 and purportedly involved "mucus" in a drink:

It appeared that warning may have come directly from the East Baton Rouge Sheriff's Department. While no mention appeared on their page of any warnings about Las Palmas, a 12 July 2016 video pertained to concerns about officer safety in general. It's possible that given a climate of perceived hostility against police and ongoing demonstrations, officers were more sensitive than they were typically to a potentially unfriendly community. A similar scenario occurred the same week in Homestead, Pennsylvania, where four officers paid the tab for a couple they believed refused to be seated near the cops out of disgust or distaste. (The couple's motives in asking to move remained unclear.) Both iterations were variations on a long-circulating "shunned serviceman" urban legend, which evolved to become a "shunned policeman" story in late 2014.)

On 17 July 2016, Las Palmas Baton Rouge publicly addressed the controversy for the first time. The post's writer appeared not to speak English as a first language, but he or she denied the rumors. The representative stated Las Palmas reviewed surveillance video of the area in question and ruled out any possible spitting in drinks during the officers' visit:

I really do appreciate you, none of our staff did these disgusting and strange things . We at las palmas have in our computer system a button for police.That means all uniformed police get 50 pct off their food and we have been doing that since all Las Palmas locations opened. Myself as one the partners, running the Las Palmas in central, started Friday night gathering staff, asking and investigating about the truth of what happened. Last night I went to the Oneal Lane location to gather all recordings of the surveillance system and I can assure you that it didn't happen at all based on the camera recordings . I want to say we are a family business,meaning our staff has been with us for a long time which is to say we know them and we know their attitude. Now, the deputy who came to the Oneal location, being a long time guest who comes in about once a week or so with four other deputies and all of them undercover . They also come to the Las Palmas in central. Therefore, if the front supervisor didn't handle the deputy complaint correctly that does not mean proof of wrongdoing . About the tea, the undercover deputy drank iced tea and the other deputy was drinking some other soft drink. Why would there only be a problem with one of the deputies drinks and not with them all?

Why, if you been a long term customer and also he is consider intelligence spread the not proved things and accusing the whole business about shameful things and let all people acting negatively and attacking las palmas business ? Sorry about this long replay but I want to assure you and everyone that not this kind of actions happen ever at las palmas and it will not . God bless us all .

In an entirely unrelated and tragic development, three officers were shot dead in Baton Rouge on 17 July 2016. On 18 July 2016, Las Palmas returned to Facebook with a more composed and firm message for folks spreading the rumor:

There has been a significant misunderstanding circulating online over the last couple of days. No one spit in an officer's drink at Las Palmas. It simply did not happen.

Las Palmas has conducted business in the Baton Rouge area for many, many years. We count law enforcement officers among our best and most loyal customers and we consider ourselves to be among the stronger supporters of law enforcement in the area.

The situation was not handled well but Las Palmas is attempting to reach out to the officers, show our support and explain the misunderstanding.

Before it was set against the horrible backdrop of subsequent bloodshed, the Las Palmas rumor was one of several which started to appear in late 2014 after the purported shunning of a group of NYPD officers at a Brooklyn Chipotle. An internal investigation by the chain proved that the officers chose to leave of their own accord after a single employee made a "don't shoot" gesture, causing them offense. In September 2015, a constellation of "shunned policeman" stories littered social media, involving a Texas Whataburger, a Philadephia Starbucks, and a Florida Arby's. The next month controversy popped up again over an armed police officer at a Kansas City Olive Garden, and by November 2015 an old but similar debate regarding armed law enforcement agents at Buffalo Wild Wings recirculated on social media amid users who believed service workers were abusing officers of the law in record numbers.

Information about the Las Palmas incident is scant so far, and it isn't clear how the officers ascertained that the substance in question was indeed mucus and not undiluted sugar. Ongoing events in Baton Rouge make gathering officer-side information difficult despite the rumor's enduring popularity.