Authorities are reporting three officers were killed and three more were injured by a former Marine who was killed at the scene. 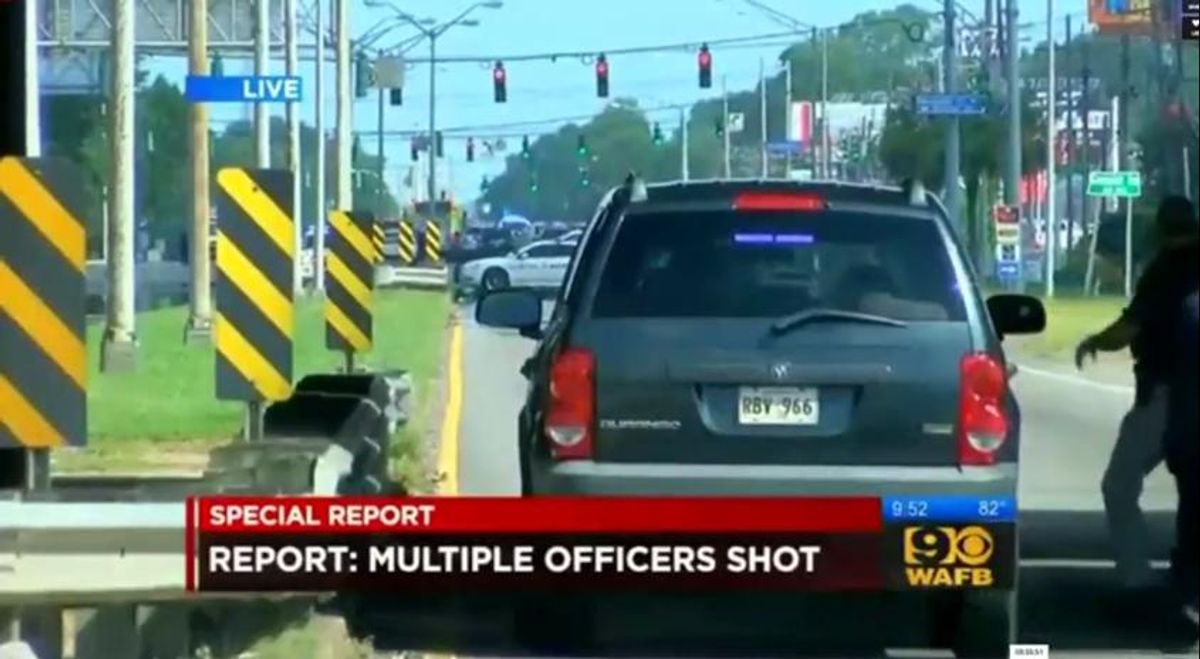 The scene of the shooting, on Airline Highway near Old Hammond Highway, was contained just after 11 a.m., according to Sgt. Don Coppola, a department spokesman. Authorities said that one suspect had been killed, and the sheriff’s office said that they believed two other potential suspects may be at large.

The gunman has been identified as Gavin Eugene Long, a 29-year-old former Marine from Kansas City, Missouri, who was shot and killed at the scene.

Of the two officers who survived the shooting and were hospitalized, one was reported to be in critical condition and the other in fair condition.

At a guarded #OLOL where the EBR Coroners Office has arrived @theadvocatebr pic.twitter.com/77sjArrtKM

A section of Airline Highway, about seven miles from the police department, was closed off "due to police activity":

Airline highway is closed as far south as I-12. Police are in tactical gear under the overpass pic.twitter.com/DqIMZKHbNr

The city of Baton Rouge has been roiling since police shot and killed Alton Sterling on 7 July 2016, prompting tense protests throughout the city. Amid the turmoil, four people were arrested in an alleged plot to shoot and kill police officers.