What If They Gave a Day of Rage and Nobody Came?

Just like two years ago, rumors of nationwide 'Day of Rage' protests turned out to be much ado about nothing. 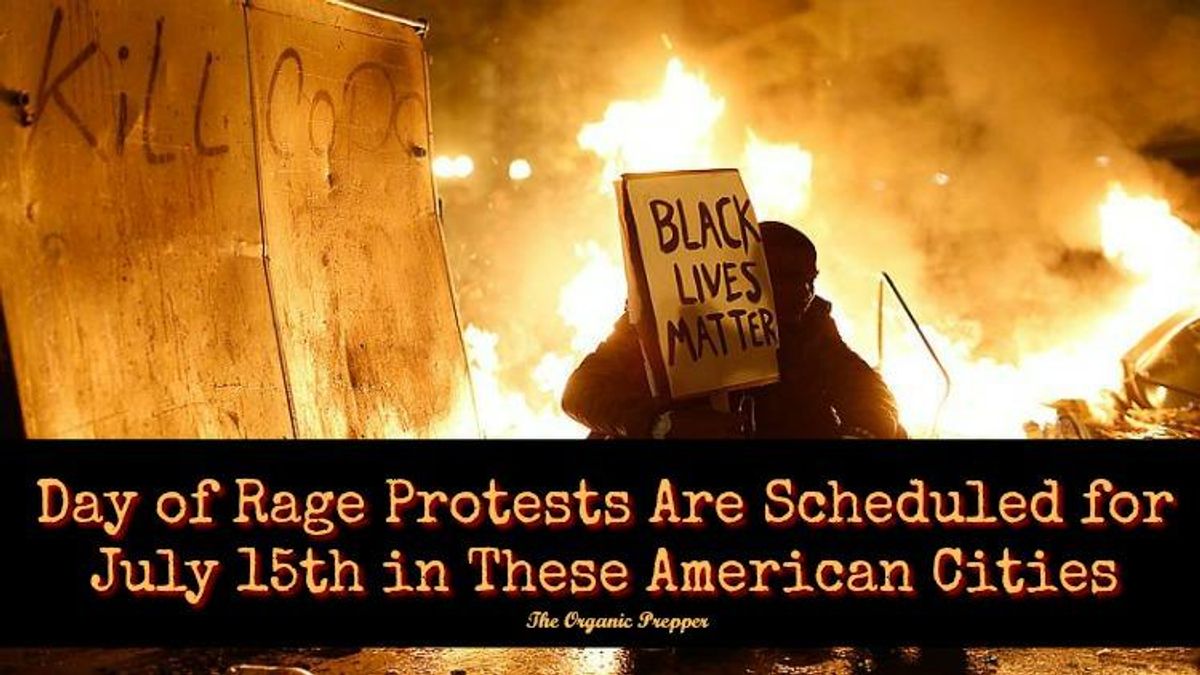 Back in August 2014, the shooting of Michael Brown, an unarmed black teenager, by a white police officer, in Ferguson, Missouri, prompted protests that roiled the area for weeks. In the wake of the controversial police shooting incident, rumors were swirling that the hacktivist collective Anonymous — acting in solidarity with the Black Lives Matter (BLM) movement — had called for 'Day of Rage' protests to be staged in cities across the United States on 21 August 2014.

We tackled those rumors in article we published at the time, noting that despite recent social media posts referencing a "Day of Rage" event, Anonymous is amorphous in nature and lacks central organization, so anyone could claim to be initiating an Anonymous "operation." We pointed out that there was no credible evidence anyone was actually organizing or endorsing protest actions like the ones mentioned in "Day of Rage" rumors, and indeed no such protests materialized on the alleged target date.

Two years later, in July 2016, the shooting deaths of two black men — Alton Sterling in Baton Rouge and Philando Castile in a suburb of St. Paul, Minnesota — by white police officers prompted another round of protests. Rumors again spread online that Anonymous had called for 'Day of Rage' protests to be staged in 36 (or 39) cities across the United States on 15 July 2016.

When those rumors started, we republished our article on the subject from August 2014, updating it to point out that the details of the "Day of Rage" rumors spread in 2016 were exactly the same as the ones that preceded the non-event of August 2014, right down to an identical list of cities and locations where "Day of Rage" protests would supposedly be taking place — nothing had changed other than the date. And once again, Anonymous had disclaimed that anyone representing that collective was organizing a nationwide protest movement: Nonetheless, authorities erred on the side of caution. The U.S. Army, U.S. Navy and U.S. Air Force issued warnings that "protests and public gatherings are scheduled throughout the United States and Canada." The U.S. Department of Defense issued a similar warning to their personnel. Local news reports from cities such as Memphis, Dallas, Des Moines, Pittsburgh, and St. Louis referenced police preparation or other anticipation of upcoming "Day of Rage" protests — even as St. Louis Police Chief Sam Dotson observed that a “Day of Rage” protest scheduled for downtown St. Louis the previous year had drawn a mere three people.

So, what took place in the cities supposedly targeted for protests on the 2016 "Day of Rage"? Mostly police and civilians standing around peacefully watching as nothing of note took place: This certainly isn't to find fault or criticize police anywhere; it's their duty to be prepared for the worst and be in place to protect civilians and property, even if the probability of violence seems low. But perhaps the next time "Day of Rage" rumors spread across the Internet, we'll all have worked out a better approach than preparing for the worst.