It's true, Nintendo is re-releasing a slightly updated but visually identical version of their popular 1980s Nintendo Entertainment System (NES). 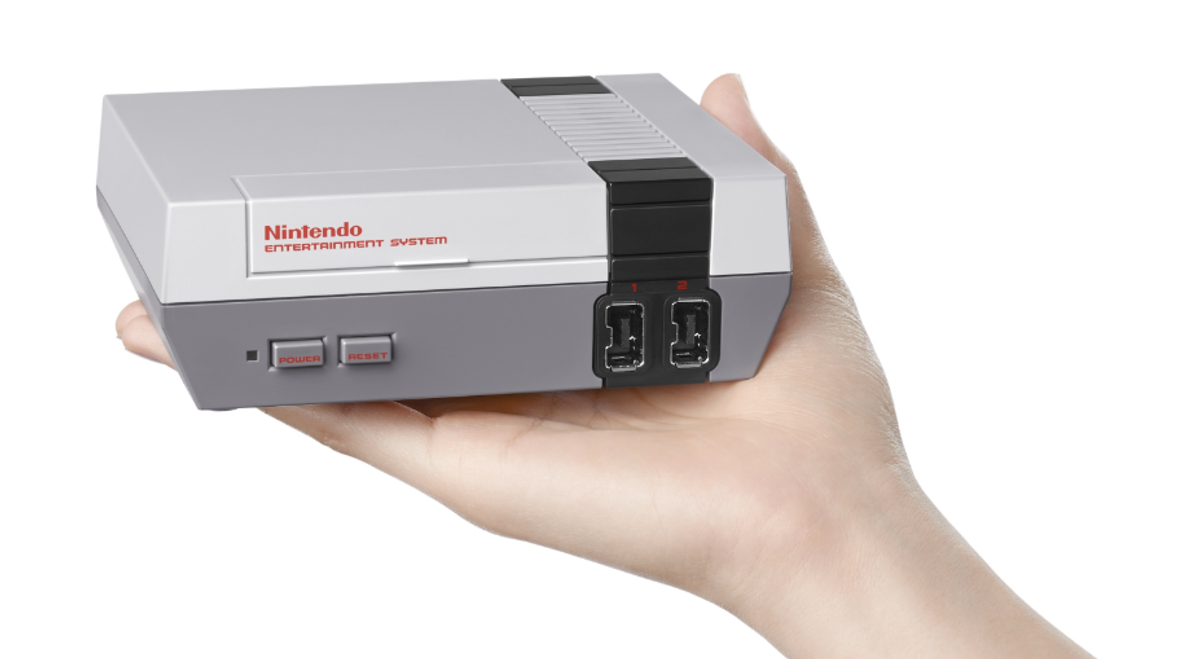 On 14 July 2016, Nintendo issued a press release announcing the return of a favored 1980s gaming console: the Nintendo Entertainment System, or NES.

In the release, the company said gamers could expect the near-identical NES to hit store shelves just before Christmas:

[Y]ou are setting eyes on the Nintendo Entertainment System: NES Classic Edition, launching in stores on Nov. 11 at a suggested retail price of $59.99. That’s right: The NES is back! But this isn’t the same NES that you fondly remember. This new nostalgia-fueled system is a near-identical, mini replica of Nintendo’s original home console and plugs directly into your high-definition TV using an included HDMI cable. The console comes complete with 30 NES games built in, including beloved classics like Super Mario Bros., The Legend of Zelda, Metroid, Donkey Kong, PAC-MAN, and Kirby’s Adventure.

Each unit will be packaged with an HDMI cable, an AC adapter, and one (not two) NES Classic Controller, "which is patterned after the iconic design of the original NES controller." One aspect missing from the 2016 NES edition was cartridges, as 30 classic Nintendo titles were pre-loaded onto the console. Nintendo provided a list of games included in the $59.99 expense:

A second controller will be released as well at a suggested retail cost of $9.99.

Presumably a number of the Nintendo NES reboot consoles will be snatched up by now-married 1980s kids.