An Internet meme compares the fates of Marine Corps Maj. Jason Brezler and former Secretary of State Hillary Clinton, both of whom transmitted classified info via personal e-mails. 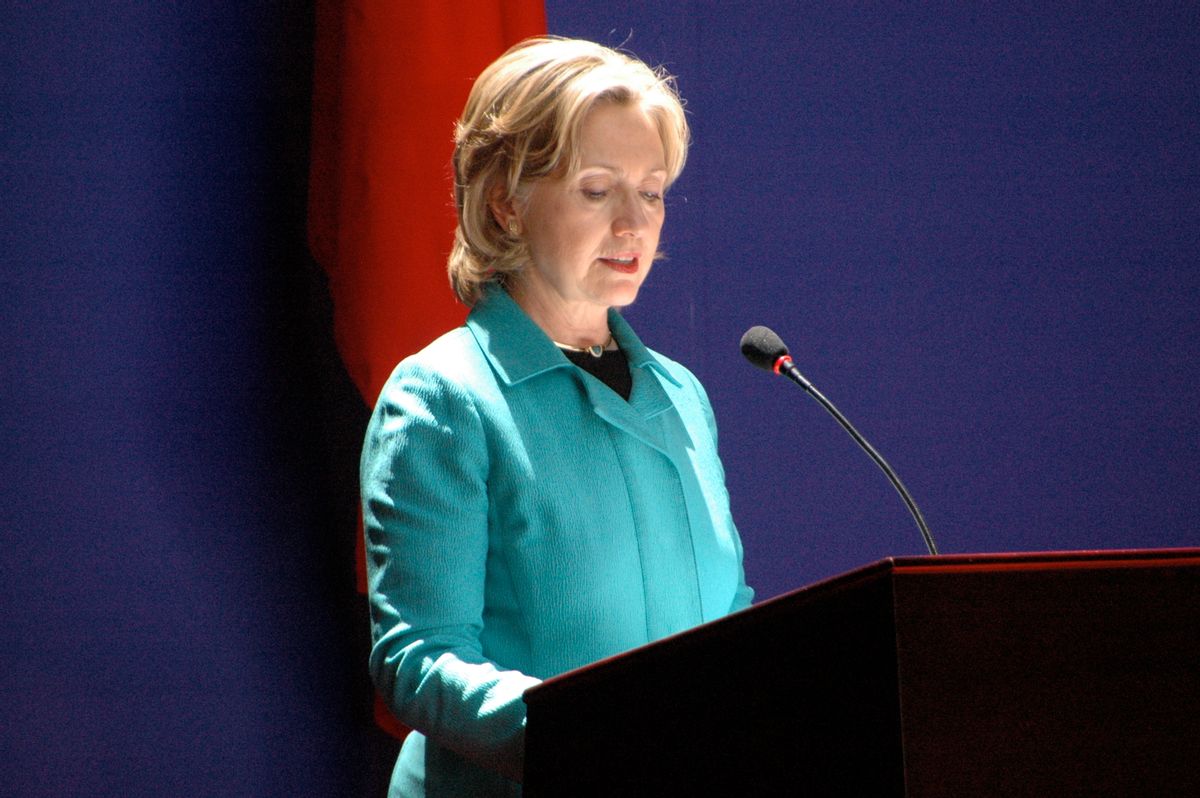 The case of Hillary Clinton's personal e-mails has dominated the summer 2016 news cycle, spawning fresh stories in the news media and memes on social media.

One such internet meme circulating in July 2016 drew a comparison between Clinton and the case of Marine Corps civil affairs officer Maj. Jason Brezler, who in 2012 sent an e-mail from his personal Yahoo account while stateside to colleagues in Afghanistan warning them of an impending insider attack: According to the Marine Corps Times, the e-mail contained classified information about Sarwar Jan, a corrupt local police chief suspected of having ties to the Taliban. Seventeen days later, one of Jan's personal servants shot and killed three Marines and critically wounded a fourth in Helmand Province.

A Marine Corps board of inquiry convened in 2013 found that Brezler had mishandled classified information and recommended he be honorably discharged. In November 2015, acting Assistant Navy Secretary Scott Lutterloh rendered a decision agreeing with that recommendation.

The viral graphic claims that former Secretary of State Hillary Clinton sent 2,079 classified messages from her personal e-mail account on an unsecured server and not only went unpunished for doing so, but remains eligible to run for the presidency of the United States. The implication is that Clinton, a high government official, was held to a lesser standard of accountability than Brezler, a rank-and-file Marine reservist.

While that case can certainly be made, the way it appears as laid out in the meme is founded on inaccuracies.

First, as of this writing Maj. Brezler has not been discharged from the Marines. In March 2016, the Marine Corps agreed to delay his separation pending a federal lawsuit filed by Brezler challenging the board of inquiry's original recommendation.

Second, in e-mail correspondence quoted in the international affairs journal Foreign Policy, Lt. Gen. Richard Mills, the Marine officer overseeing the Brezler case, stated that the Naval Criminal Investigative Service had found more than 100 classified documents on Brezler's personal hard drive, a consideration that played a part in the judgment that he had mishandled sensitive materials.

And though it's true that the FBI concluded in July 2016 that 110 of the 30,000 incoming and outgoing personal e-mails turned over to investigators by Clinton contained information that was classified at the time they were sent or received (even if they were not marked as such), that number is far smaller than the 2,079 she is alleged to have sent. FBI Director James B. Comey rebuked Clinton for being "extremely careless" in her handling of sensitive information but did not recommend that federal charges be pursued.

In the aftermath of the FBI report, one of Brezler's attorneys told the Washington Post that he intends to cite Clinton's treatment "'as one of the many, and most egregious examples' of how severely Brezler was punished."

Lamothe, Dan.  "Decision to Force Out Marine Who Sent Warning Ahead of Insider Attack Upheld."   The Washington Post.  30 November 2015.