The FBI and the Justice Department are treating Alton Sterling's death as a civil rights investigation. 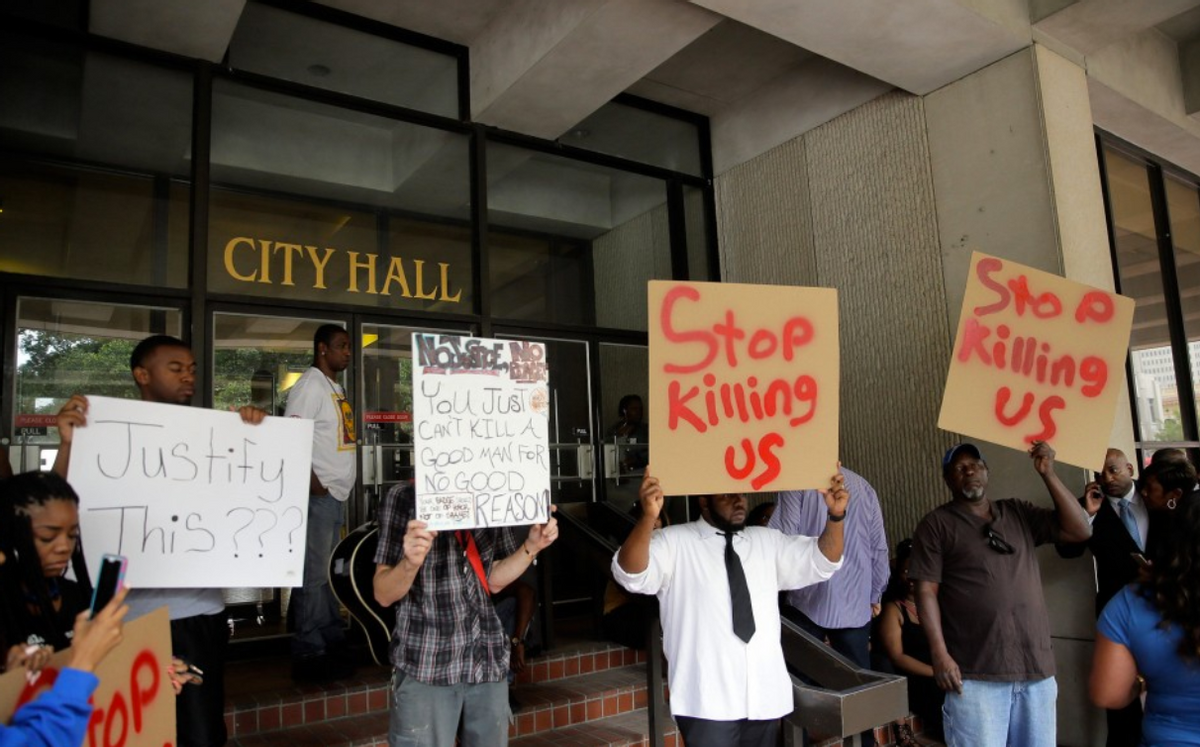 The Federal Bureau of Investigation has opened an investigation into the death of a 37-year-old man who was shot dead by police in Louisiana early on 5 July 2016.

Alton Sterling was reportedly selling CDs in front of a Triple S Food Mart in Baton Rouge when police turned up.  Eyewitnesses described the officers as "aggressive" from the time they arrived at the scene, and they ended up shooting Sterling several times after a brief scuffle.

Louisiana news outlet The Advocate reported that at least two videos captured the altercation that ended with Sterling's death, including the one reproduced here:

“He’s got a gun! Gun,” an officer says, prompting the lawman closest to the camera to draw an object from his holster.

“You f*****g move, I swear to God,” says an officer, before the second officer, farther from the viewer, is seen pointing a weapon down at the man’s chest.

There’s a flash from that officer’s weapon, accompanied by the sound of shots.

“They shot him?” a man’s harried voice, close to the microphone, says in the video. “Yes!” a weeping woman replies.

Sterling was killed by multiple gunshots, according to the coroner. The owner and manager of the Triple S, Abdullah Muflahi, said that Sterling's hands didn't go near his pockets (to reach for a gun) as articulated by police in the video embedded above, but Baton Rouge Police Chief Carl Dabadie Jr. said Sterling was armed at the time he was killed, and one witness reported that an officer removed a gun from Sterling's pocket.

Baton Rouge police spokesman Cpl. L’Jean McKneely said both officers who were at the scene were also wearing body cameras, but both cameras "came loose" during the incident:

Police interviewed a few witnesses who were at the store, he said. Muflahi said he was interviewed by police for most of the night, returning to his store around 8 a.m.

Both officers at the store were wearing body cameras and cars had dash cameras, McKneely said. Muflahi said police also took surveillance footage from his store and seized his entire video system.

McKneely said both body cameras came loose and dangled from the officers’ uniforms during the incident.

The officers involved, Blane Salamoni and Howie Lake II, later told interviewers that they felt the shooting was "completely justified."

The U.S. Justice Department has opened an investigation into the shooting.