What Happens If Hillary Clinton Is Indicted?

Hillary Clinton would not be disqualified from running for President if she were indicted, and if she dropped out it is far from certain that Bernie Sanders would replace her. 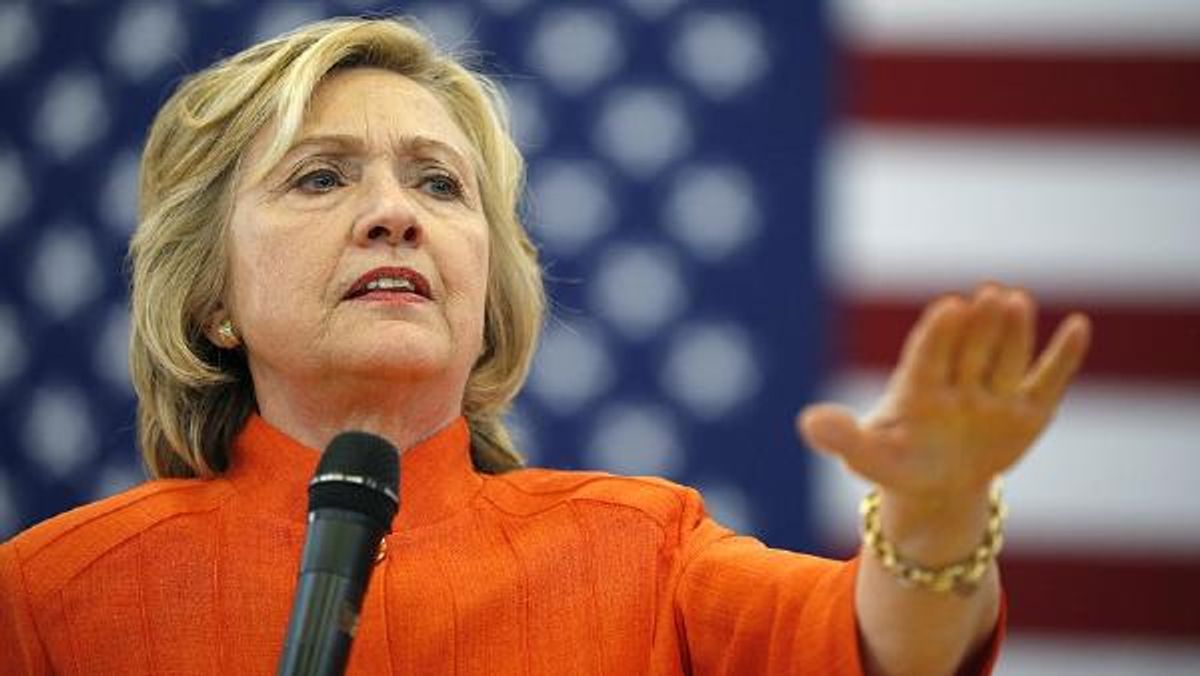 At a 1 July 2016 press conference, Attorney General Loretta Lynch pledged that she would accept recommendations from career prosecutors and FBI agents who are investigating Hillary Clinton's use of a private e-mail server while she was secretary of state, including whether to bring charges (i.e., indict Hillary Clinton) in the case. Lynch's announcement (mostly) swept aside rumors that she would act as a "safety net" for the presumptive Democratic presidential nominee and ensure that Clinton was not indicted (or, at least, ensure that such an indictment was not handed down until after the November election).

What happens if Clinton is indicted? Many online comments seem to believe she would automatically be disqualified from running for President, but that isn't the case. The only eligibility requirements for serving as President, as stated in the Constitution, are that a candidate must be a natural-born citizen at least 35 years of age who has lived in the U.S. for at least the last 14 years, and Hillary Clinton meets all those requirements. There is no regulation that disqualifies a presidential candidate who has been (prior to assuming the presidency) accused of a crime, convicted of a crime, or even incarcerated for a crime. In 1920, in fact, Socialist Party candidate Eugene V. Debs ran for President from a federal penitentiary (where he had been incarcerated for urging resistance to the military draft) and still received over 900,000 votes (3.4% of the total).

Of course, an indictment would likely severely diminish — perhaps fatally cripple — Hillary Clinton's chances of winning the presidency, so she might choose to voluntarily step down as a candidate if such should come to pass. Barring that, Democratic Party leaders might try to pressure her into dropping out of the race or (should she be indicted prior to the Democratic National Convention at the end of July) find a way to alter the rules to prevent her from obtaining the Democratic Party's nomination (by, say, persuading all her superdelegates to abandon her) and shoot for a brokered convention. But if not Hillary Clinton (who has already amassed enough delegates to ensure her nomination otherwise and currently holds a lead over presumptive GOP nominee Donald Trump), then who might bear the Democratic standard?

Clinton's closest rival for the Democratic nomination, Senator Bernie Sanders of Vermont, is certainly a possibility — especially if all the superdelegates currently being counted in Clinton's column were to defect to him. But on the other hand, the Democratic establishment might balk at being led by an independent who has "never before sought election as a Democrat or attended a state or national convention." In a brokered convention scenario, any one of a number of Democratic notables could have a shot — everyone from sitting Vice President Joe Biden or Senator Elizabeth Warren of Massachusetts (who has often been mentioned as a possible VP choice for Clinton), to Governor Andrew Cuomo of New York or former Masschusetts governor Deval Patrick.

The bottom line is, there are so many hypotheticals and possibilities and unknown factors that we won't know until we know.