Locals say Jehovah's Witnesses are responsible for vandalizing the structure, but the group denies having anything to do with its destruction. 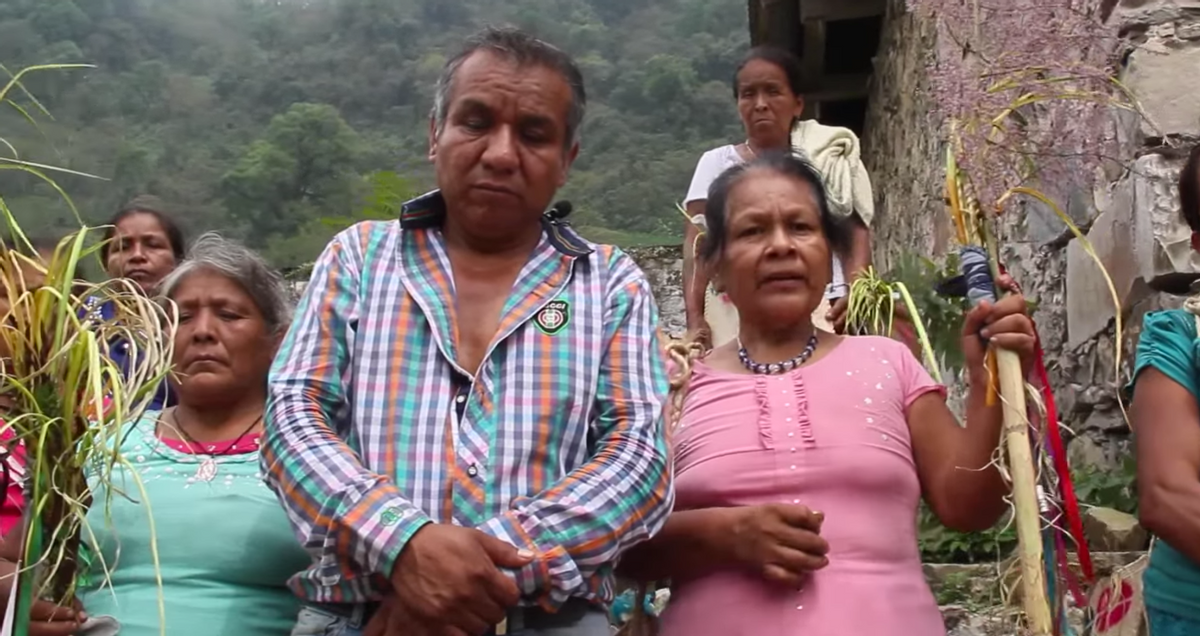 An ancient temple was destroyed in central Mexico's Hidalgo state, and some people are directly blaming Jehovah's Witnesses.

The shrine (known locally as Mayonihka or Mexico Chiquito) was built by Otomí people, an indigenous ethnic group in the central Mexico region.  It was regularly used for worship and traditional ceremonies, and was one of the few pre-Hispanic sites that was still used. The vandals toppled carved statues, scattered offerings of flowers, and destroyed paintings:

An Otomí scholar claims that the religious group admitted responsibility for the vandalism, saying that the altars were blasphemous:

Luis Perez Lugo, a professor at the University of Chapingo, visited the site in May and talked to residents of a nearby hamlet, El Pinal, whose residents said they had carried out the attack.

"I was there, and the Jehovah's Witnesses said they had done it," Perez Lugo said, noting some were recent converts to the religion who used to go to the site for Otomi ceremonies.

"They said it (the pre-Hispanic ceremonies) weren't in their Bible, and, in their words, they said it was piggish, garbage that wasn't in the Bible, and so they went to clear out what was offensive to their God."

The Jehovah's Witness spokesman in Mexico denied any responsibility:

To the extent we have been able to investigate, we found this story to be false.

The investigation into the destruction of the site — which took place sometime around May 2016 — is continuing.

Meanwhile, Otomí poet Jaime Chávez said they will continue to worship and hold ceremonies at the site:

The important thing is the space, not the objects. We can get more objects. But they keep invading and destroying, and for what?

Mexico's National Institute of Anthropology and History has taken over many archeological sites in the country, but local worshipers say that is not an acceptable solution: they want the space to be a living center of worship, rather than a dead zone.