Women Must Register for the Draft?

Reports stating that women are now required to register with the Selective Service are premature. 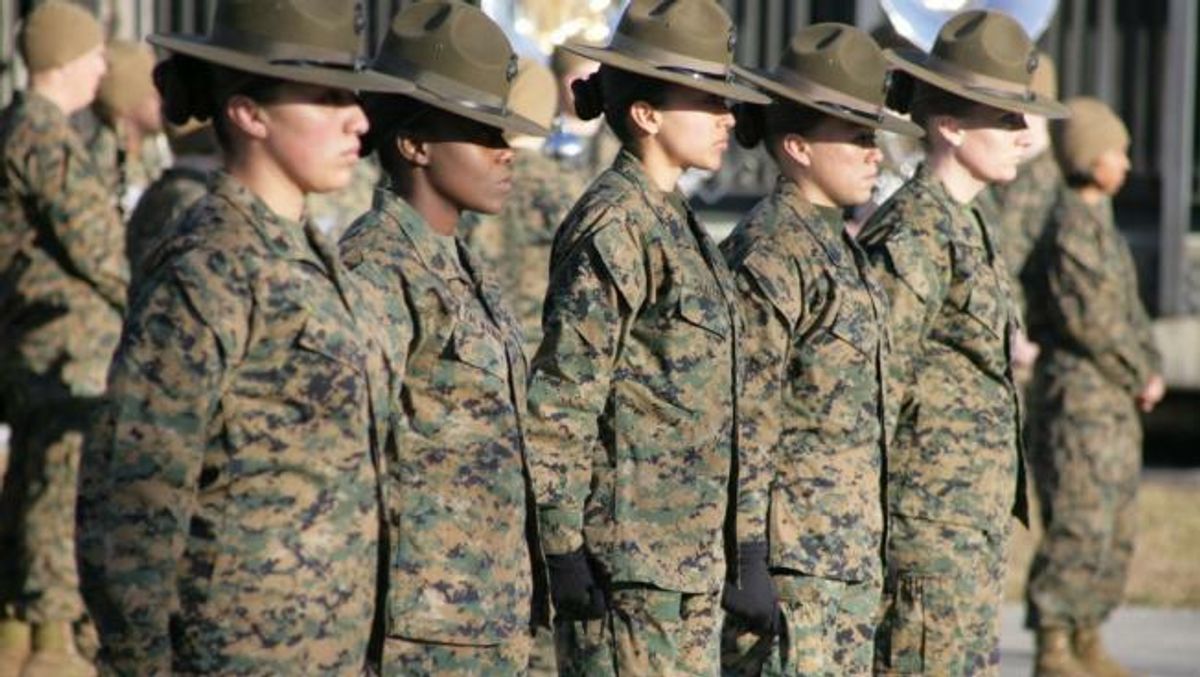 The Selective Service System is an independent civilian agency within the Executive Branch of the federal government that collects and stores information about persons potentially subject to military conscription by the U.S. armed forces. For most of the period between 1940 and 1975 all males were required to register with the Selective Service upon turning 18. But in 1973, as U.S. military involvement in Vietnam came to an end, so did the draft, and along with it the need for registration. The U.S. military converted to an all-volunteer force, and the Selective Service registration requirement for adult males was terminated by President Gerald Ford in 1975. President Jimmy Carter re-established the Selective Service registration requirement in 1980 in response to the Soviet invasion of Afghanistan, and it has remained in place ever since (although the U.S. military is still an all-volunteer force, and no draft call has taken place since the end of 1972).

Women have never been required to register with the Selective Service (because they have not been eligible to serve in combat roles), but in April 2016, amidst a debate about a recent policy change allowing women to serve in combat roles, Rep. Duncan D. Hunter of California introduced an amendment to the National Defense Authorization Act (which specifies the budget and expenditures of the U.S. Department of Defense) to require women between the ages of 18 and 26 to register for the Selective Service. Rep. Duncan intended his amendment to be a form of protest, but the measure was adopted by House Armed Services Committee:

The House Armed Services Committee took a big and unexpected step toward making women register for the draft as a handful of Republicans joined Democrats to back a measure whose own sponsor hoped would fail.

“Right now the draft is sexist,” said Rep. Duncan D. Hunter (R-Calif.), who filed an amendment to the House’s annual defense authorization bill to require women between the ages of 18 and 26 to register for the Selective Service, the government agency that keeps records of who is eligible to be conscripted.

Hunter, who is against the Obama administration’s recent policy change allowing women to serve in all combat roles, said he proposed the measure only to start a discussion about the draft. He voted against his amendment, arguing that anyone who favored it would be siding with the administration.

But Hunter’s gamble that committee members would shy away from forcing women into the draft backfired when a slim majority — including five Republicans — opted to endorse the measure by a vote of 32 to 30.

In the latest and perhaps decisive battle over the role of women in the military, Congress is embroiled in an increasingly intense debate over whether they should have to register for the draft when they turn 18.

[T]he Senate approved an expansive military policy bill that would for the first time require young women to register for the draft. The shift, while fiercely opposed by some conservative lawmakers and interest groups, had surprisingly broad support among Republican leaders and women in both parties.

The United States has not used the draft since 1973 during the Vietnam War. But the impact of such a shift, reflecting the evolving role of women in the armed services, would likely be profound.

Does this mean that young women in the U.S. are now subject to military conscription? Not quite. Rep. Hunter's amendment was stripped from the final House version of the bill, so a conference committee between the House and the Senate will be required to reconcile the two bills. Even if the provision requiring women to register remains in the reconciled version, that bill still must be approved by the full House and signed by the President. So for now, it's premature to say that women "must register for the draft."

And, of course, nobody — male or female — is currently subject to the draft, as the U.S. ended conscription over forty years ago. The Selective Service has no function outside of a draft (or at least the possibility of a draft), but unless and until Congress reauthorizes conscription for the U.S. military, registration entails no other obligation.