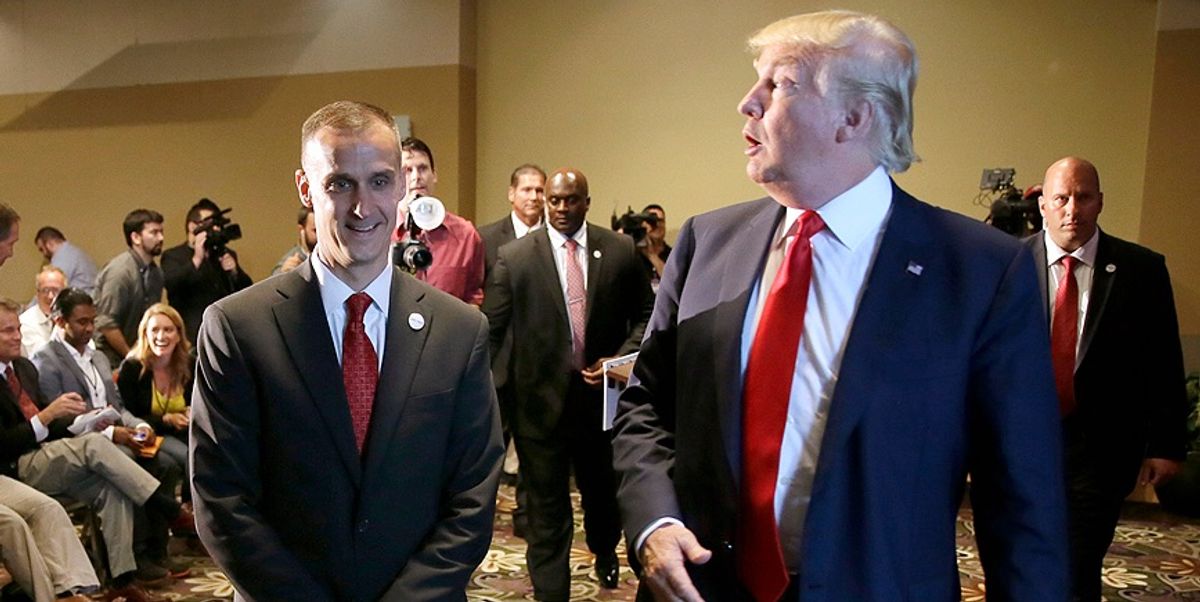 Donald Trump's controversial campaign manager Corey Lewandowski has been fired from his position, the New York Times has reported, citing anonymous sources and a statement from the Trump campaign:

Donald J. Trump has fired his controversial campaign manager, Corey Lewandowski, a move that comes as the presumptive Republican nominee faces challenges as he heads into the general election.

“The Donald J. Trump Campaign for President, which has set a historic record in the Republican primary having received almost 14 million votes, has today announced that Corey Lewandowski will no longer be working with the campaign,” the campaign spokeswoman, Hope Hicks, said in a statement. “The campaign is grateful to Corey for his hard work and dedication and we wish him the best in the future.”

Two people briefed on the move, who spoke on condition of anonymity, said that Mr. Lewandowski was fired.

But the people briefed on Mr. Lewandowski’s departure said that the circumstances went well beyond any particular incident or any particular relationship.

One person stressed that the move had been in the works for many weeks, particularly since it became clear that Mr. Trump would be the nominee ... No one inside the campaign was given any advance warning about the dismissal of Mr. Lewandowski, who was on the campaign’s daily 8:30 a.m. conference call on Monday, according to a person briefed on the developments.

Trump also didn't address the staff shakeup immediately after the news broke. CNN reported that the decision to axe Lewandowski was made shortly before the story hit the headlines:

The decision to fire Lewandowski was made swiftly in a Monday morning weekly meeting with Trump's family members. A combination of falling poll numbers and pressure from many in Trump's inner circle ultimately led to the decision, a Trump adviser said.

On Twitter, pundits and parody accounts mocked Lewandowski and the campaign:

Congrats to Corey Lewandowski for joining the ranks of great men fired by me like Gary Busey, Meatloaf, Dennis Rodman, and Lisa Lampanelli.

Trump had a campaign manager? Someone had been managing the Trump campaign this whole time? https://t.co/vvuSe8aqz3

Michelle Fields, a former Breitbart reporter who parted ways with the outlet after an altercation with Lewandowski, tweeted:

Multiple news outlets attempted to contact Lewandowski for a response but were unsuccessful in reaching him.