Was Orlando the 'Deadliest Mass Shooting' in U.S. History?

Identifying America's "worst mass shooting" is problematic due to the varied factors that go into defining a "mass shooting." 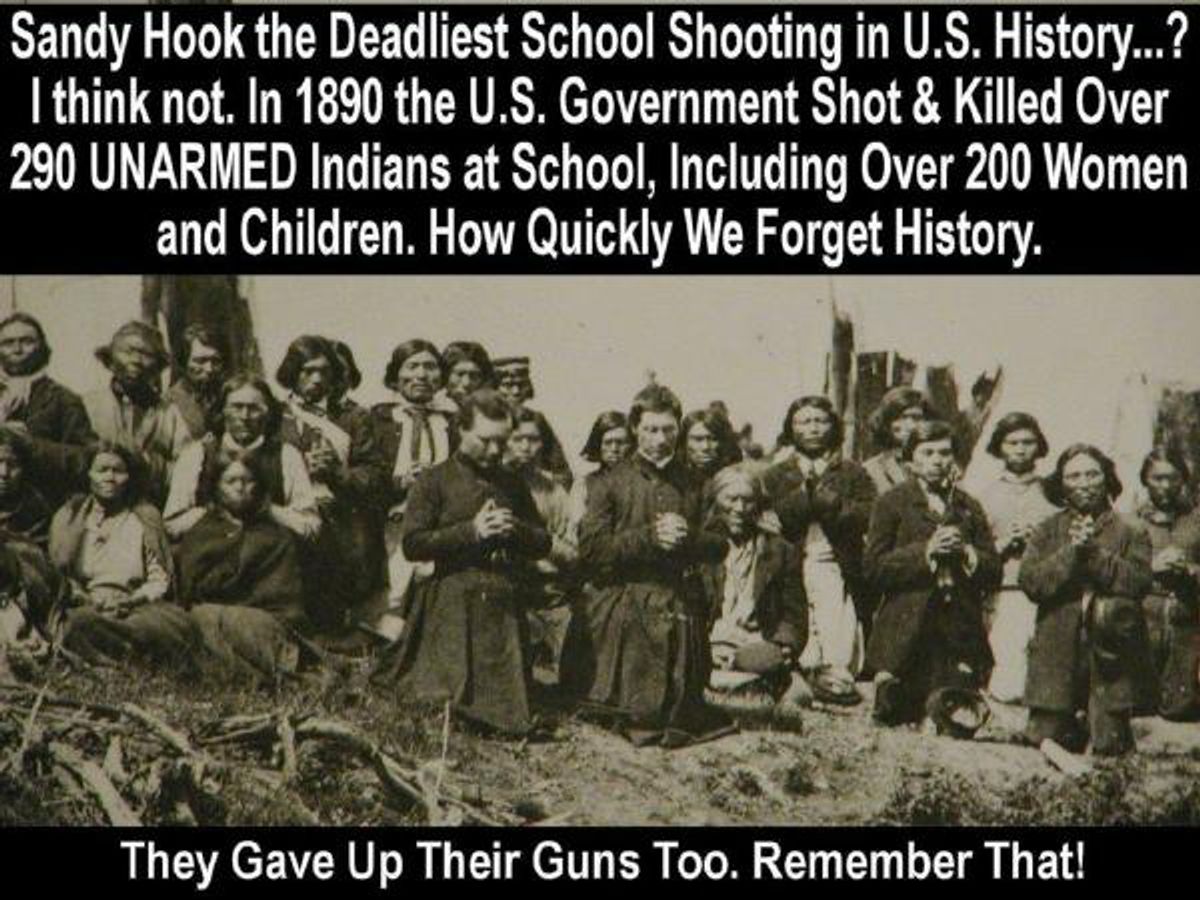 The 12 June 2016 shooting incident at the Pulse nightclub in Orlando, Florida, that left (as of this writing) 49 victims dead and 53 wounded prompted inevitable comparisons to previous mass shooting incidents, as well as vigorous debate over whether Orlando was truly the "worst mass shooting incident in U.S. history" or whether it ranked below previous events (the 1890 massacre at Wounded Knee being the most frequently mentioned chart-topper).

Part of the difficulty in creating any such rankings is that there is no universally agreed-upon definition of what constitutes a "mass shooting." From a law enforcement standpoint, in 2008 the FBI began classifying as mass shootings only events in which one or more individuals "kills four or more people in a single incident (not including the shooter), typically in a single location." But in 2013 the FBI instead began emphasizing the concept of an "active shooter," defined as "an individual actively engaged in killing or attempting to kill people in a confined and populated area" (a change that encompassed incidents in which fewer people died but more were injured).

All in all, there are many potential factors to consider in defining a mass shooting. Should such a definition be based solely upon the number of victims killed, or should it also include a count of the wounded? Does a mass shooting necessarily take place all at once in a single location, or can it encompass multiple connected incidents (e.g., the same shooter killing people in different events separated by time and/or distance)? Should the definition of mass shooting include crimes where the victims were specifically targeted (such as familicides), or only those where the victims were innocent people chosen at random? Should mass shootings exclude murders that were a byproduct of another type of crime (such as robberies or gang killings)? Does the category of mass shootings obviously exclude government and military actions, as well as riots and confrontations between large (armed) groups, which would eliminate the consideration of events such as the 1890 Wounded Knee massacre, the 1857 Mountain Meadows massacre, and the 1921 Tulsa Race Riot? As the Los Angeles Times noted, "the term 'mass shooting' is imprecise" and therefore should perhaps be distinguished from "mass public shootings":

Grant Duwe, director of research at the Minnesota Department of Corrections and the author of a book about mass murders in the U.S. ... said the events that Americans today recognize as mass shootings, including the death of 28 people in Newtown, Conn., and the San Bernardino terrorist attack, are “mass public shootings.”

Mass public shootings take place in public or semipublic places such as schools or entertainment venues, Duwe said, and are not a byproduct of another type of crime, such as a robbery, a gang turf war or an act of domestic violence. Murder is the goal.

The killings, carried out by a lone shooter or a small number of attackers, unfold in hours or less, separating them from serial killer shootings that occur over weeks, months or years. The definition does not typically include killings that are part of military operations.

In the 19th century and the first part of the 20th century, people in positions of power, such as cavalry members and religious groups, often murdered the so-called have-nots, Duwe said. “In a lot of those cases, we seldom see anyone who was ever charged,” he said.

Other mass shootings involved altercations between pioneer settlers and communities already established in the West. Some notable racial and class-based clashes in the late 19th and early 20th century could also be considered mass shootings.

Comparative lists of "worst mass shootings" could therefore vary widely depending upon which of these factors the compiler chooses to include or exclude. But if we go with the most commonly accepted modern definition of "mass shooting" (more than four people killed in a single incident by one or more criminal shooters), then the June 2016 Pulse nightclub shooting in Orlando was indeed by far the "deadliest mass [public] shooting in U.S. history" (as reflected in this chart compiled by the Washington Post from data collected by Mother Jones):