The attack is one of the deadliest in the history of the United States. 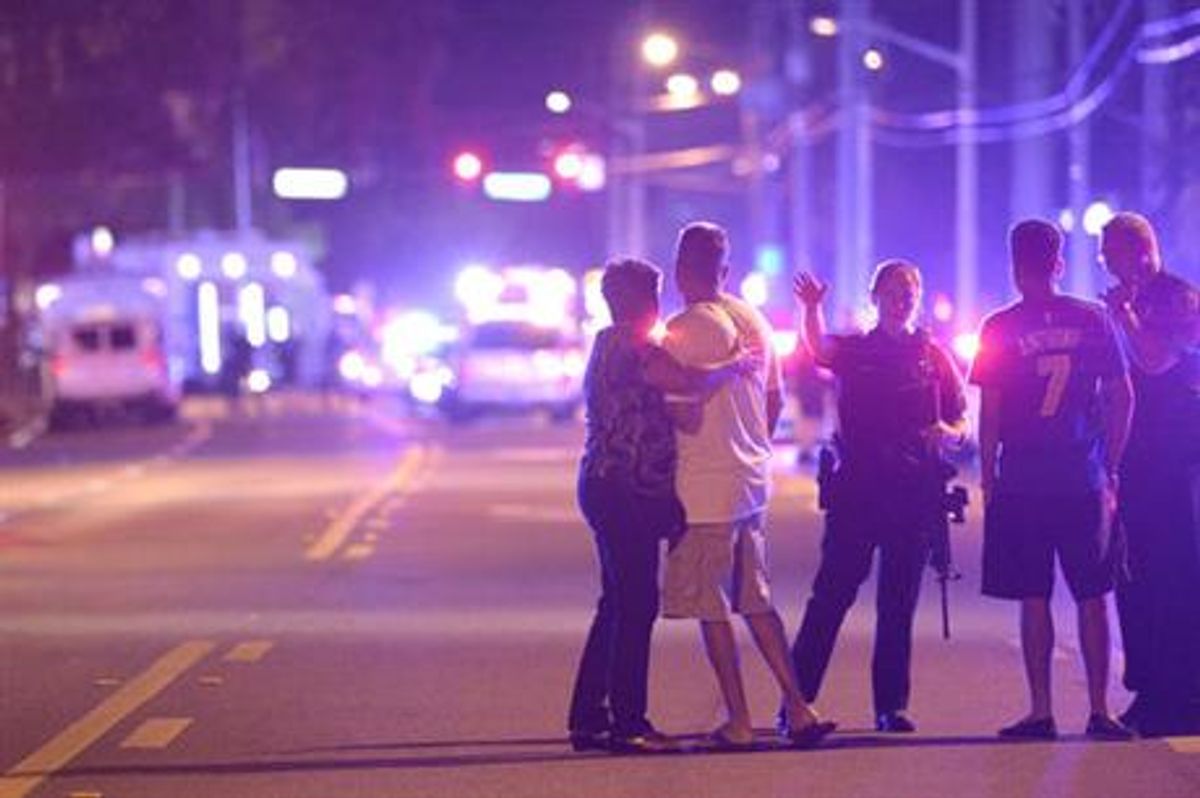 At least 49 people are dead and dozens more wounded in an early Sunday morning mass shooting at a popular gay nightclub in Orlando, Florida.

Witnesses said that the suspect, 29-year-old Omar Mateen — who acted alone — had guns and explosive devices when he entered Pulse Orlando at around 2 a.m.  Around that time, Pulse posted the following message on social media:

Mateen was killed in a shootout with police after taking hostages:

Pulse shooting: In hail of gunfire in which suspect was killed, OPD officer was hit. Kevlar helmet saved his life. pic.twitter.com/MAb0jGi7r4

Equality Florida, an LGBTQ advocacy group, released a statement about the attack, saying they are "heartbroken" and "angry":

We are reeling from the tragic news that a gunman opened fire on the 2am capacity crowd at Pulse leaving 50 people dead and over 50 injured according to preliminary reports.

We are heartbroken and angry that senseless violence has once again destroyed lives in our state and in our country.

Gay clubs hold a significant place in LGBTQ history. They were often the only safe gathering place and this horrific act strikes directly at our sense of safety. June commemorates our community standing up to anti-LGBTQ violence at the Stonewall Inn, the nightclub that has become the first LGBTQ site recognized as a national monument.

​We have received a steady stream of emails and messages from those seeking to help or to make sense of the senseless. We make no assumptions on motive. We will await the details in tears of sadness and anger. We stand in solidarity and keep our thoughts on all whose lives have been lost or altered forever in this tragedy.

Authorities are investigating leads and motives.

Local community centers are offering grief counseling and support, and local and national organizations were holding blood drives (although blood banks were quickly at capacity and asked donors to return in later days).

Equality Florida also has a GoFundMe page up to collect donations for the victims and their families.

The attack is the deadliest mass shooting in the United States' recent history. Previously, that dubious record was held by 2007's Virginia Tech shooting, which left 32 dead, and 2012's Sandy Hook Elementary School mass shooting, in which 26 children and adults were killed.