Widespread interest in Brock Turner — a Stanford student convicted of sexual assault — led to a number of circulating rumors and claims. 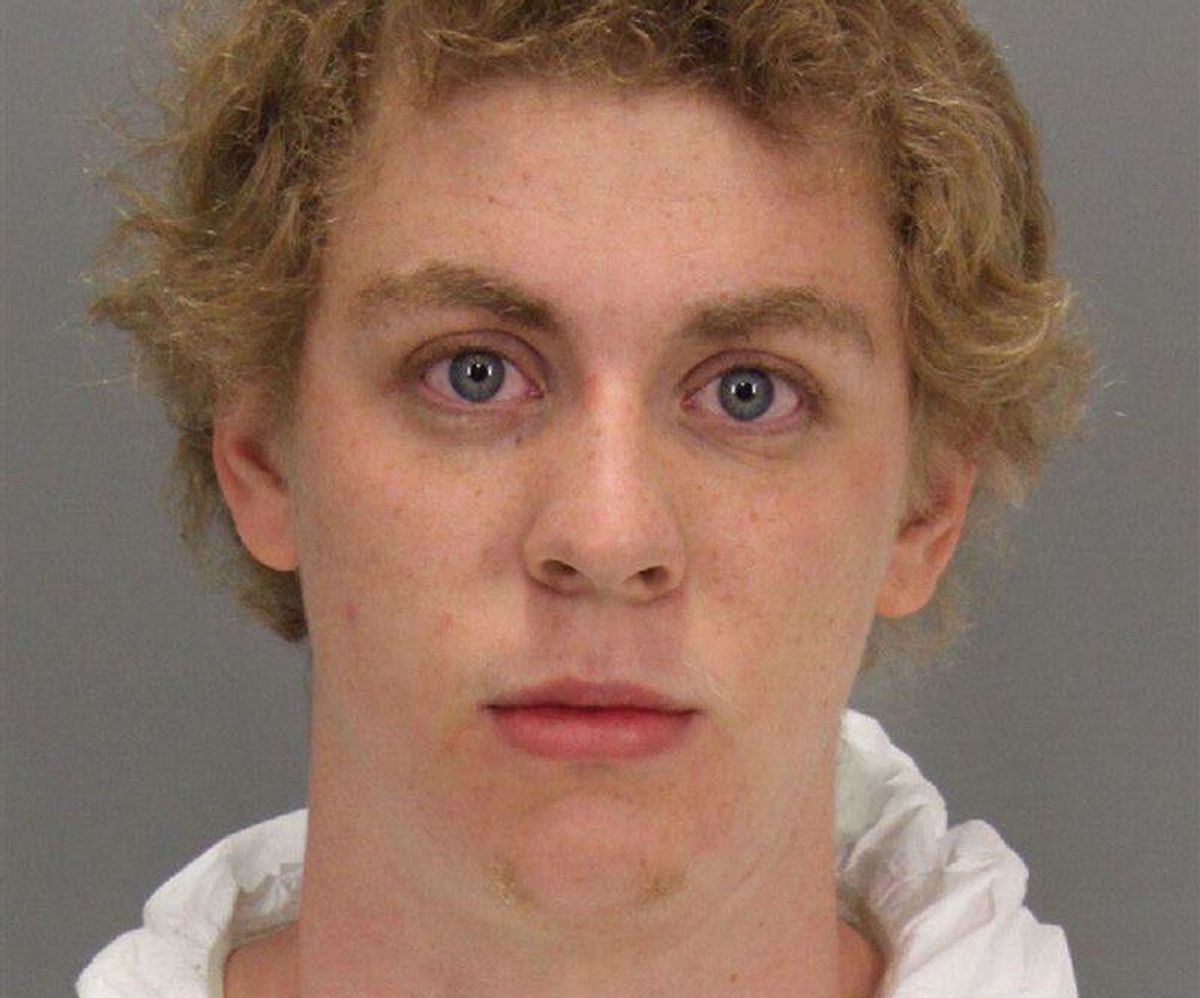 In June 2016, Stanford student Brock Turner received a six-month jail sentence after he was convicted of sexually assaulting an unconscious woman behind a dumpster at a party. The story drew wide interest after BuzzFeed published a searing "victim impact statement" written by the woman Turner was convicted of sexually assaulting, and which she read aloud to him in court:

According to [Brock Turner], the only reason we were on the ground was because I fell down. Note; if a girl falls down help her get back up. If she is too drunk to even walk and falls down, do not mount her, hump her, take off her underwear, and insert your hand inside her vagina. If a girl falls down help her up. If she is wearing a cardigan over her dress don’t take it off so that you can touch her breasts. Maybe she is cold, maybe that’s why she wore the cardigan.

Next in the story, two Swedes on bicycles approached you and you ran. When they tackled you why didn’t say, “Stop! Everything’s okay, go ask her, she’s right over there, she’ll tell you.” I mean you had just asked for my consent, right? I was awake, right? When the policeman arrived and interviewed the evil Swede who tackled you, he was crying so hard he couldn’t speak because of what he’d seen.
Your attorney has repeatedly pointed out, well we don’t know exactly when she became unconscious. And you’re right, maybe I was still fluttering my eyes and wasn’t completely limp yet. That was never the point. I was too drunk to speak English, too drunk to consent way before I was on the ground. I should have never been touched in the first place. Brock stated, “At no time did I see that she was not responding. If at any time I thought she was not responding, I would have stopped immediately.” Here’s the thing; if your plan was to stop only when I became unresponsive, then you still do not understand. You didn’t even stop when I was unconscious anyway! Someone else stopped you. Two guys on bikes noticed I wasn’t moving in the dark and had to tackle you. How did you not notice while on top of me?

You said, you would have stopped and gotten help. You say that, but I want you to explain how you would’ve helped me, step by step, walk me through this.

Turner's father also submitted a letter in the course of proceedings, and it stood in stark contrast to the words of the victim. The elder Turner spoke of the effects of the prosecution on his son, including details like his loss of appetite for steak and a description of the rape as "20 minutes of action":

As it stands now, Brock’s life has been deeply altered forever by the events of Jan 17th and 18th. He will never be his happy go lucky self with that easy going personality and welcoming smile. His ever waking minute is consumed with worry, anxiety, fear and depression. You can see this in his face, the way he walks, his weakened voice, his lack of appetite. Brock always enjoyed certain types of food and is a very good cook himself. I was always excited to buy him a big ribeye steak to grill or to get his favorite snack for him. I had to make sure to hide some of my favorite pretzels or chips because I knew they wouldn’t be around long after Brock walked in from a long swim practice. Now he barely consumes any food and eats only to exist. These verdicts have broken and shattered him and our family in so many ways. His life will never be the one he dreamed about and worked so hard to achieve. That is a steep price to pay for 20 minutes of action out of his 20 plus years of life.

The fact that he now has to register as a sexual offender for the rest of his life forever alters where he can live, visit, work, and how he will be able to interact with people and organizations. What I know as his father is that incarceration is not the appropriate punishment for Brock. He has no prior criminal history and has never been violent to anyone including his actions on the night of Jan. 17th 2015. Brock can do so many positive things as a contributor to society and is totally committed to educating other college age students about the dangers of alcohol consumption and sexual promiscuity.

By having people like Brock educate others on college campuses is how society can begin to break the cycle of binge drinking and its unfortunate results. Probation is the best answer for Brock in this situation and allows him to give back to society in a net positive way.

As the victim emphasized, Turner's father framed the crime as a result of "binge drinking" and "promiscuity," not rape. Although Turner was ultimately found guilty of three felony counts, he was sentenced to just six months in jail (something his father felt was too severe as he suggested probation). The handling of Turner and outrage over his treatment led to some social media confusion, as users attempted to sift fact from fiction. A prescient Onion video was confused with Turner's case, despite being several years old.

Yet another controversial letter emerged as an odd footnote. Family friend Leslie Rasmussen of the band Good English submitted a letter to the court defending Turner (describing him as "such a sweetheart" and "not a monster"), and its content got the band dismissed from several scheduled events. Rasmussen blamed political correctness for the rape case, while in fact, police intervened when the two men (mentioned in the victim's statement) stumbled upon the assault in progress and contacted them.

Her letter stated in part that she thought the treatment of Turner was unfair:

I am not blaming her directly for this, because that isn’t right. But where do we draw the line and stop worrying about being politically correct every second of the day and see that rape on campuses isn’t always because people are rapists.

The vast number of threads to the story led to numerous and varied questions from readers about things they'd heard or seen on social media. One reader asked us whether the letter written by Dan Turner is a subtle form of satire (it isn't):

There's a document going around Twitter purporting to be written by the father of convicted Stanford rapist Brock Turner. In it, Dan Turner (the father) writes, among other things, that his son "[will pay] a steep price for 20 minutes of action out of his 20 plus years of life." if he is given a severe prison sentence.

Obviously this is an extremely lurid and potentially inflammatory statement in the context of a story that's gotten national attention for the court's indifference to the victim's suffering in the light sentencing of Brock Turner.

I'm interested to know whether there is a valid source for this document. As far as I can tell, the original Twitter post is by a Stanford professor named Michele Dauber who is involved in rape prevention, but I can't trace the source any closer to either the father or the court:

It's easy to imagine that this professor has followed the case closely and obtained documents from the trial. It's also somewhat unsatisfying (to me at least) that such a potentially inflammatory piece of information could be so poorly sourced by someone carrying substantial legal expertise.

I hope you can shed light on the veracity of this statement.

Oothers questioned whether a Reductress skewering of the case was factually sound (it isn't):

Santa Clara county jail officials announced construction on a massive, Olympic-sized swimming pool to make sure nothing gets in the way of Stanford rapist Brock Turner’s swimming career.

Could this be true?

There were also multiple memes, some devoted to ensuring Turner's actions weren't forgotten, and others contrasting cases where individuals received far harsher sentencing for lesser crimes:

This is Brock. Brock raped a girl behind a dumpster. He was caught by two amazing young men who chased and tackled him. The scene horrified them so much one man cried as he described what Brock was doing to the unconscious woman. Brock was found guilty and given a 6 month sentence because according to the judge he's a really good swimmer and a longer sentence might have a "severe impact on him". Brock's dad wants you to stop talking about his son being a rapist because he shouldn't be remembered for getting "20 minutes of action". Brock's swimming times were posted in a story about the rape to show you just how amazing an athlete he is. If you have sons make sure they are not a Brock. Some rumors centered around the role of privilege, saying that the family' connections led to Turner's light sentence:

The rumor is that brock turner's father and the judge in the rape case are fraternity brothers at Stanford University. (I REALLY hope this one isn't true!)

Brock Turner was charged and convicted on three felony counts following the sexual assault of an unnamed victim, and the woman involved detailed her experience in a harrowing "victim impact" statement. Turner's father did write a dismissive letter to the court, and the judge in the case was himself a Stanford graduate. While Turner's sentence was shockingly light for the crimes of which he was convicted, the prison was not constructing a pool to ensure his swimming career was not interrupted.