Kelli Burns, a mass communication professor, was reported as saying that Facebook is listening to user conversations to better target ads, but the social media network denies the claims. 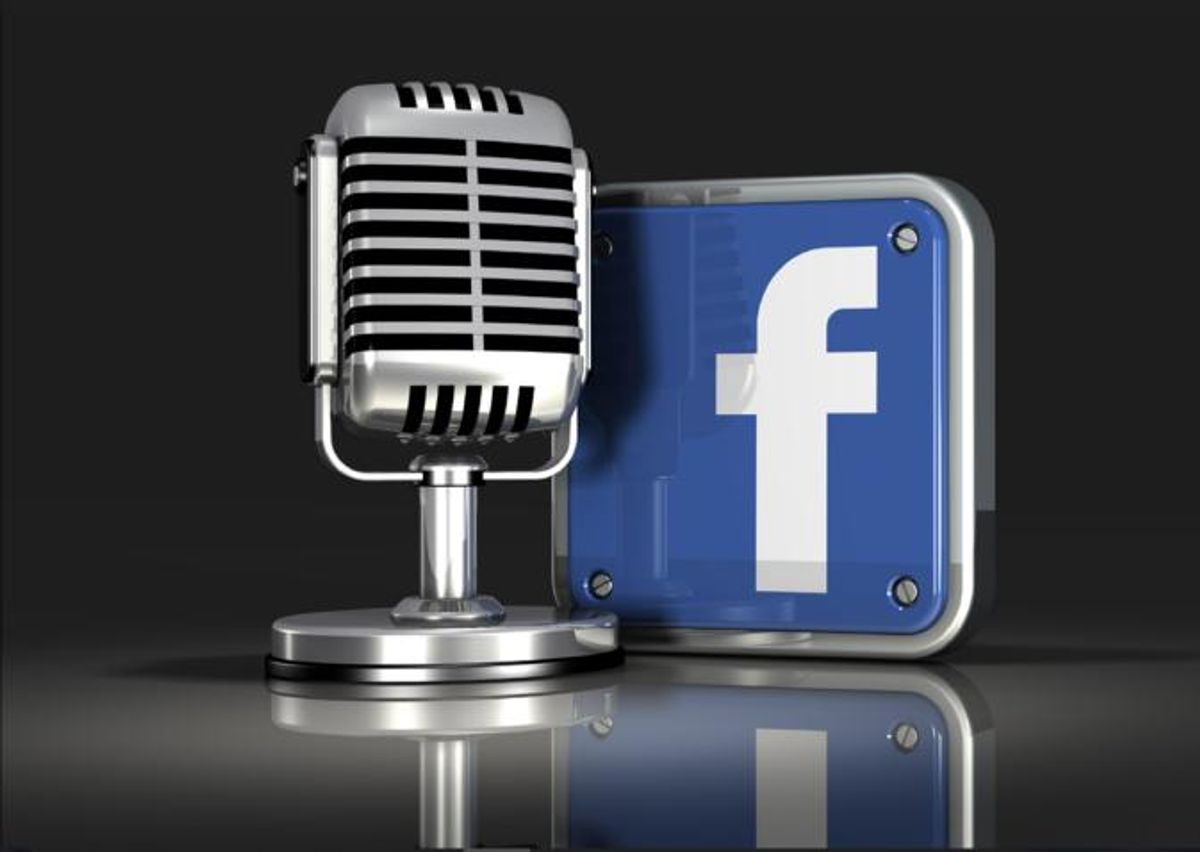 In June 2016, Kelli Burns, a mass communications professor at the University of South Florida, was reported by The Independent newspaper as saying that she suspected Facebook was secretly eavesdropping on their users' conversations in order to better target advertising to those users:

Professor Burns has said that the [Facebook] tool appears to be using the audio it gathers not simply to help out users, but might be doing so to listen in to discussions and serve them with relevant advertising. She says that to test the feature, she discussed certain topics around the phone and then found that the site appeared to show relevant ads.

Though Professor Burns said she was not convinced that Facebook is listening in on conversations — it may have been that she was searching for the same things that she chose to discuss around the phone — but she said that it wouldn't be a surprising move from the site.

The claim chimes with anecdotal reports online that the site appears to show ads for things that people have mentioned in passing.

Based on this rather flimsy bit of anecdotal speculation, Facebook users expressed concerns that soon ballooned into full-blown conspiracy theories, much like rumors from a couple of years earlier holding that Facebook's 'Identify TV and Music' app was furtively recording and storing users' private conversations (for some unknown nefarious purpose).

Then, as now, Facebook has denied any allegations that they are snooping on their users, saying that the Facebook app only taps into users' smartphone microphones only when users have specifically given the app permission to do so, and that Facebook does not listen in on private conversations or use information gathered through smartphone microphones for the purpose of targeting ads or other material to users:

Facebook does not use your phone’s microphone to inform ads or to change what you see in News Feed. Some recent articles have suggested that we must be listening to people’s conversations in order to show them relevant ads. This is not true. We show ads based on people’s interests and other profile information — not what you’re talking out loud about.

We only access your microphone if you have given our app permission and if you are actively using a specific feature that requires audio. This might include recording a video or using an optional feature we introduced two years ago to include music or other audio in your status updates.

Kelli Burns later addressed the issue, explaining how she came to be involved with the rumor in what she described as a case of misleading reporting:

Prof Kelli Burns has denied saying she believes Facebook is listening to people's conversations via the microphones on their smartphones.

Prof Burns says there was a practical explanation for what had happened ... Burns, a social media expert from the University of South Florida, sat with a reporter and mentioned African safaris and the car brand Jeep.

When she checked her Facebook news feed, the first post on her timeline was from a friend who had written about an African safari which someone had commented on three hours earlier.

"Nowhere have I heard anything about Facebook serving you your friends' posts based on what you are saying or Googling ... This friend has a lot of friends, and gets a lot of engagement, it's no surprise that it would be at the top of my feed.

"Although the angle of the story was supportive of the idea that Facebook uses the microphone I never made the claim that I believe that is happening, or that my one experiment with a reporter was in any way proof of that happening," she added.

"I am not a scientist or a privacy expert — but I never said in that story that I believe Facebook can hear you."

Facebook users who nonetheless remain convinced that the company is snooping on them can always avoid the possibility by rescinding permission for the Facebook app to access their microphones. To accomplish this, one need only go to Settings > Apps> Facebook> App Permissions and turn off the Facebook app's access to the microphone, and possibly do the same in the phone's privacy settings:

Turning off the microphone in a phone’s settings is relatively easy, and since it can be done at the level of the operating system, doing so will mean that Facebook can’t turn it on even if it wanted to. It’s done on an iPhone by heading to the app’s settings, clicking through to privacy and switching the slider for microphone; on Android phones, head to settings and then privacy, and change the permissions that the Facebook app is given.