The big cat was found wandering the streets of a suburban neighborhood wearing a leash and a collar. 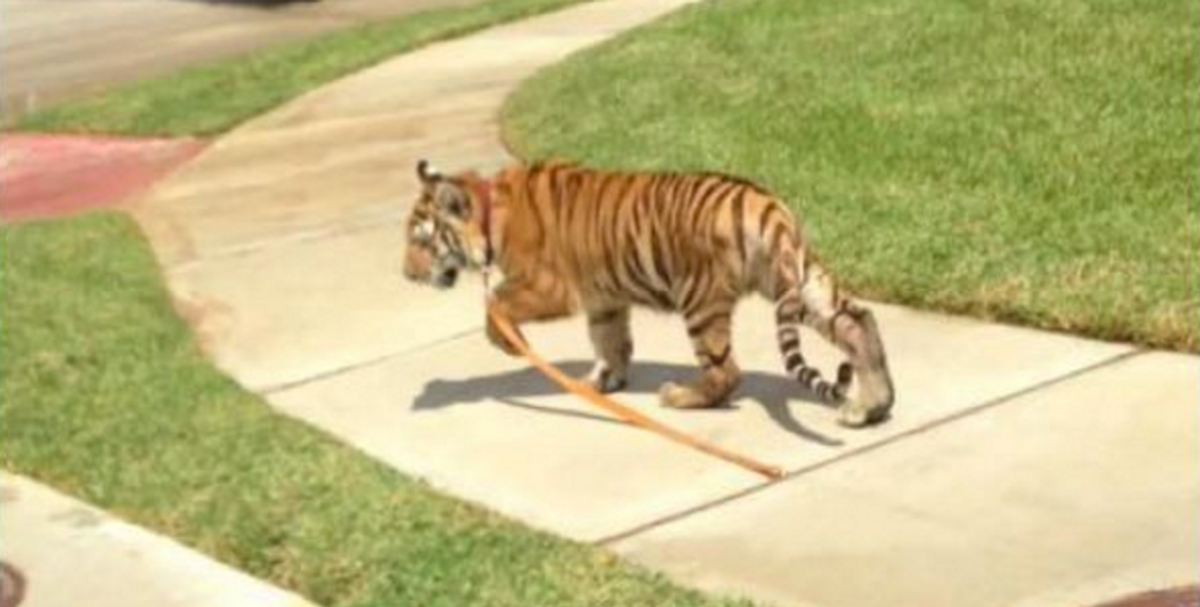 Animal control officers in Conroe, Texas have captured an unexpected animal — an apparently domesticated tiger that was found wandering the streets wearing a leash and a collar. People who found her said that the young female tiger appears to be tame:

Jonathan Gessner, 19, and his girlfriend, Erin Poole, encountered what they expected would be a wild animal, and at first they were frightened.

Gessner said the big cat was crouching in a menacing way. But what happened next, just blew his mind.

"She runs up to me, jumped on me and put her paws on my shoulders and just starts licking my face like a dog. I thought it was pretty cool," Gessner said.

The tiger's owner, Cody Tibbits, said he had bought her only a few weeks previously, and that he hasn't finalized the paperwork yet. He told reporters he had been trying to transport her back to her original owner's home because of recent extreme weather and flooding in Texas, but she never showed up there — and that the next thing he knew, his pet (whose name is, apparently, Nahla) was on the news.

Tibbits said that he will try to get her back, but if he can't, he will donate her to a tiger sanctuary.