Radar Online reported that the popular actor is a "tragic shell of his former self" and "his battle [with Parkinson's] is a losing one," but Fox himself does not agree. 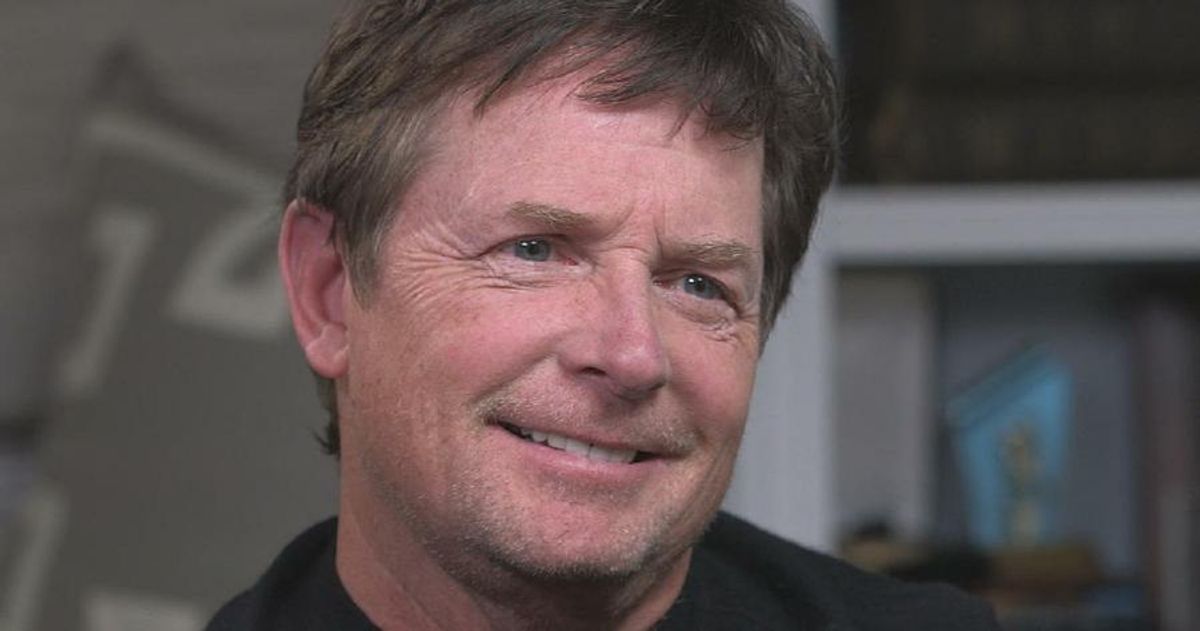 In 1982, a struggling young Canadian-born actor named Michael J. Fox achieved his big breakthrough when he began a run portraying Alex P. Keaton, the conservative son of decidedly liberal parents Steven and Elyse Keaton, on the hit NBC sitcom Family Ties — a role for which he garnered three consecutive Emmy awards as Lead Actor in a Comedy Series. A few years later, he leveraged that break into international stardom when he was cast (as a replacement for actor Eric Stoltz) to play Marty McFly, the lead character in the hugely popular 1985 adventure-comedy film Back to the Future.

In 1991, however, when Fox was barely 30 and at the peak of his success, he sought medical treatment for a twitch in his finger, and the following year he received the devastating diagnosis of young-onset Parkinson’s disease (PD), a progressive disorder of the nervous system that affects movement and is typically symptomized by involuntarily body movements and debilitating tremors (and is usually seen in people over the age of 60). Fox gamely concealed his condition while he continued working (primarily playing Mike Flaherty, the fictional Deputy Mayor of New York, in the ABC sitcom Spin City), but in 1998 he finally went public with the announcement that he was suffering from the disease and embarked upon a second career as a spokesperson and activist for Parkinson's research.

Despite his condition, Fox has soldiered on with his acting career, most recently starring as Mike Henry in NBC's The Michael J. Fox Show portraying a newscaster with Parkinson's who retires from work, and also playing a recurring role on the CBS drama The Good Wife as Louis Canning, an opposing counsel who suffers from tardive dyskinesia (involuntary visual tremors) and often uses his condition to his advantage by repeatedly calling attention to it in order to elicit sympathy during court appearances. Lately we've fielded many inquiries from readers about whether it's true that Michael J. Fox is truly "losing a heartbreaking fight against Parkinson's disease," most of which seem to have been prompted by a 26 February 2016 Radar Online article of that title (which was also referenced or reproduced on many other web sites). That Radar Online piece reported that Fox was a "tragic shell of his former self" and had recently experienced great physical difficulty simply getting into a car during a "rare night out" with his wife:

Michael J. Fox is a tragic shell of his former self and so crippled by Parkinson’s disease that he needs help getting into a car. On Feb. 15, the reclusive 54-year-old actor tried to enjoy a rare night out with his actress wife Tracy Pollan at the Hollywood restaurant Craig's.

As Pollan followed, the stricken Back to the Future star, whose speech is slurred and who walks with a limp while dragging his left foot, was put into the vehicle by several helpers.

"It was heartbreaking," an insider told RadarOnline.com. "Michael's bravery knows no bounds. But as the disease takes its toll on his body, even he is beginning to see that his battle is a losing one."

We can't speak to the private details of how much or how fast Michael J. Fox's physical condition is declining, but in a general sense we can assert that he is indeed "losing a heartbreaking fight against Parkinson's disease," as Parkinson's is a truly heartbreaking condition, and everyone who suffers from it is essentially "losing the fight" because it is a progressive disease with no cure.

Some medications (or even brain surgery, which Fox underwent in 1998), can provide relief from PD symptoms, but they cannot completely check the progression of the disease. It's possible that in the not-too-distant future Michael J. Fox will, as Radar Online implied, lose the ability to walk on his own and require the use of a wheelchair and/or face the onset of dementia. But many different factors affect the timing and nature of PD's progression, and so it's impossible to predict exactly how and when any given individual will experience certain aspects of that progression.

One thing is certain: Michael J. Fox, who in 2007 was named by Time magazine as one of the 100 people "whose power, talent or moral example is transforming the world," has maintained his sense of humor and a forward outlook despite the difficulties of his medical condition. He has also been tireless in using the opportunities afforded by his high public profile to raise awareness of Parkinson's for other less visible sufferers, as reported in an account of a talk Fox gave at Pomona College in February 2016:

An honest Fox shared his struggles — from getting funding for stem cell research to the simple task of getting up in the morning. He acknowledged that although he was visibly shaking, on other days, it's far worse.

Fox said he typically wakes up shaking uncontrollably, joking that he brushes his teeth with an electric toothbrush even though he doesn't own one.

Fox believes everyone should have access to health care. He envisions a future where there's no reason people would hold their hands while gripping coffee because they have to hide Parkinson's from their boss, he said.

Since his diagnosis's disclosure, Fox has worked to eliminate the disease in his lifetime. The Michael J. Fox Foundation for Parkinson's Research has raised $450 million for research.

"I was in a unique place with the opportunity to help others," he shared.

As recently as December 2017, Fox told interviewer Dan Primack that "[Parkinson's] is not a nebulous cloud of doom that hangs over my head. It's a set of challenges and there are rewards in meeting those challenges."