A Texas man shared an upsetting account of his family's painful experience with their state's strict fetal pain laws. 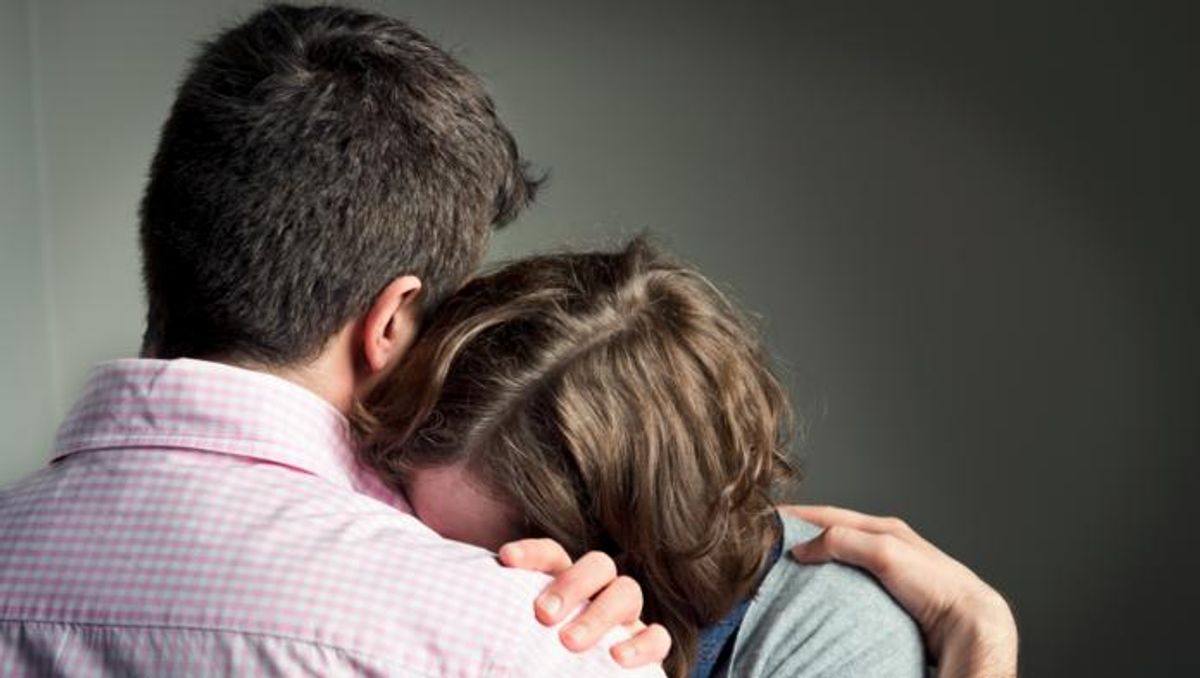 On 27 March 2016, Reddit user u/11th_Doctor_Whom started a thread titled "My nightmare with Texas' "Women's Health" Laws" to that social news networking service. In his post he explained that his wife had begun to miscarry their first child in the fourth month of her pregnancy, a harrowing medical emergency severely complicated by Texas' current laws regarding fetal viability:

By the time we got to the hospital, his feet were already coming out of the womb and pushing through the cervix. We tried a litany of emergency measures, but the sack was already outside the womb. There was nothing that we could do.

The only humane thing to do at that point would be to pop the sack, and let little Fox come into this world too early to survive outside.

However, thanks to Texas' frankly inhumane and cruel "Women's Health Laws", this wasn't an option.

He still had a heart beat, which we were forced to listen to.

Because of this, and his age, any attempts to induce labor would be considered a late-term abortion.

Even though he had no chance of surviving, this was considered an abortion.

These laws made my wife feel our child struggle inside her for days. We cried ourselves to sleep every night. We spent four days in and out of the hospital waiting for nature to take its course.

These laws, in their effect, forced a woman to give birth to a stillborn baby.

He also implored his fellow Reddit users to do anything they could to help get those Texas laws repealed:

Regardless of where one stands on pro-choice vs pro-life, I think that we can all agree that forcing a person to go through labor for a non-viable baby is cruel, inhumane, and morally indefensible.

Whatever your stance on the issue is, I hope you understand that the way the law is now is hopelessly broken.

If there is a Christian God, he would hate anyone who would put ideology in front of humanity.

They are hopelessly inadequate for dealing with the complexities of human reproduction.

Me and my wife are home now. Grieving for our loss. We'll get through this. My heart breaks, however, for the hundreds, if not thousands of others that will be effected by these godless laws.

Please, do everything your power to amend or repeal these awful laws.

One of the first questions asked of the poster was whether he would consider publicly sharing his story. In response, he explained that he had used a "throwaway" account (Reddit parlance for one-time use accounts intended to engage with the community more anonymously) to prevent his employers from finding him via his established username:

I went on reddit because it's my go-to for sharing news. I used a throwaway because my employers regularly visit this sub, and I'm afraid of what they might think if they find my regular profile.

If you know anyone in any local media, I'd be interested in sharing my story.

The account was so upsetting that many readers were skeptical such a scenario could occur as described under Texas laws, but ultimately its author did reveal his identity and publicly share his story. On 30 March 2016, The Daily Beast spoke to Daniel and Taylor Mahaffey about their ordeal:

Daniel and Taylor Mahaffey were 20 weeks pregnant and desperately wanted their child, but when doctors informed them a complication meant the fetus had no chance of survival, they just wanted their baby’s suffering to end. Yet because of their state's "fetal pain" law, the married Texans say they were forced to endure a stillbirth and wait as their baby slowly died in utero.

The Mahaffeys had begun decorating the nursery in anticipation for the little boy they planned to name Fox, after one of the Lost Boys in Peter Pan.

Taylor, 23, felt something abnormal and since their last pregnancy ended in miscarriage, they rushed to the hospital. By the time they got there, Fox’s feet were already pushing through his mother’s cervix. Doctors tried several emergency measures to stop the preterm labor, including putting Taylor on an incline in the hopes that they could perform a cervical cerclage — a procedure in which doctors stitch shut the cervix. Nothing worked. Nothing could save him.

Daniel Mahaffey said that the laws preventing doctors from treating his wife "[put] ideology ahead of humanity," and lamented that the couple were forced to endure four days in painful limbo before an amniotic sac rupture allowed Taylor to legally receive treatment:

When Taylor started bleeding, they went back to the hospital, but with Fox's heart still beating, doctors couldn’t legally interfere.

"Eventually she was just screaming at them to get the child out of her," Daniel said.

After four days in and out of the hospital, the bag of waters surrounding their baby burst and Taylor delivered Fox. "One nice thing is we got to hold him," Daniel said. "That's the only silver lining."

The legislation to which Mahaffey referred is known as Texas Senate Bill Five, a the bill that came to national attention in July 2013 when then-State Senator Wendy Davis held an initially successful filibuster to block its passage. That bill included a ban abortions at or after 20 weeks (in order to protect fetuses from pain) save for instances where such a procedure was necessary to save the mother's life or to prevent permanent bodily damage.

As Taylor Mahaffey was not in immediate danger, the bill's provisions didn't extend to the complications she experienced. The proposal of similar laws in other states prompted the Journal of the American Medical Association (JAMA) to review the 20-week benchmark with respect to fetal pain, and that review noted:

Evidence regarding the capacity for fetal pain is limited but indicates that fetal perception of pain is unlikely before the third trimester.

The findings were reiterated in a March 2010 review regarding fetal pain published by the Royal College of Obstetricians and Gynaecologists. That guidance [PDF] held that it was physiologically impossible for a fetus to feel pain before the 24-week mark:

In reviewing the neuroanatomical and physiological evidence in the fetus, it was apparent that connections from the periphery to the cortex are not intact before 24 weeks of gestation and, as most neuroscientists believe that the cortex is necessary for pain perception, it can be concluded that the fetus cannot experience pain in any sense prior to this gestation. After 24 weeks there is continuing development and elaboration of intracortical networks such that noxious stimuli in newborn preterm infants produce cortical responses. Such connections to the cortex are necessary for pain experience but not sufficient, as experience of external stimuli requires consciousness. Furthermore, there is increasing evidence that the fetus never experiences a state of true wakefulness in utero and is kept, by the presence of its chemical environment, in a continuous sleep-like unconsciousness or sedation. This state can suppress higher cortical activation in the presence of intrusive external stimuli. This observation highlights the important differences between fetal and neonatal life and the difficulties of extrapolating from observations made in newborn preterm infants to the fetus.

Mahaffey said that he hoped his experience would ultimately help to effect a change in Texas law.

The Journal of the American Medical Association.    "Fetal Pain: A Systematic Multidisciplinary Review of the Evidence." 24 August 2005.